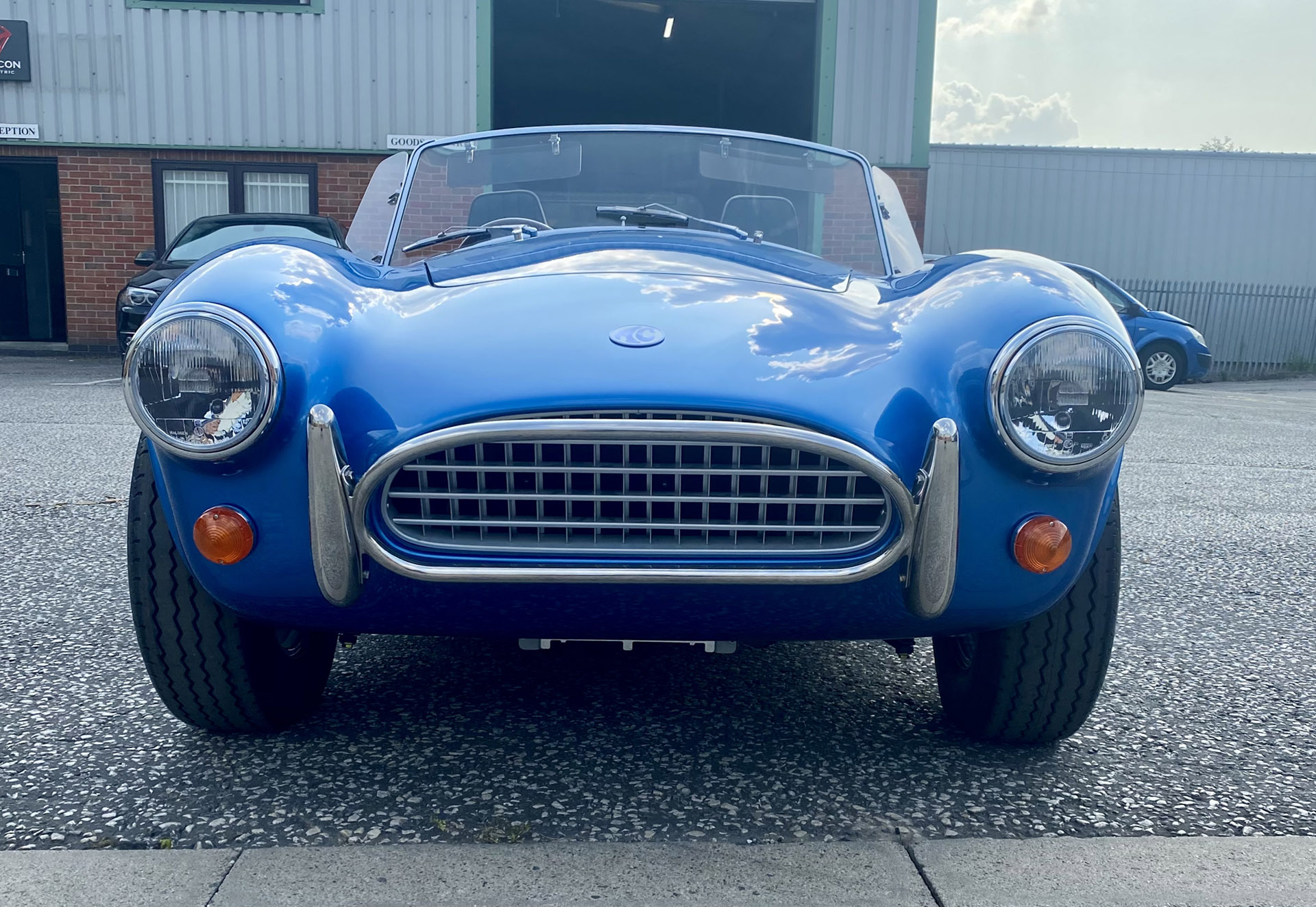 AC Cars have announced that the first AC Cobra Series 1 electric is undergoing final development work ahead of the delivery of the first customer cars. This is the start of the next chapter for the famous British marque brand with the AC Cobra now featuring an emissions-free electric powertrain.

The new car combines the appeal of the brand’s heritage with a specifically designed fully electric powertrain and thoroughly modern ride and handling. AC Cars have been working with Derby-based technical partner Falcon Electric, to ensure that the implementation of electric vehicle (EV) technology is in keeping with the personality and performance that has made AC’s original design such a hit.

Alan Lubinsky, AC Cars chief executive, said: “I’m so proud of the team behind this project, and the hours that have been invested in making this car so special. This is British engineering and technology at its finest, upholding AC Car’s approach to producing only the finest hand-built sports cars.”

Unfortunately, production has been delayed because of supply chain issues. This allowed the engineering team behind this electric sports car to revisit some of its core principles. As a result, they have selected enhanced and higher-performing parts, which mean the car will exceed original estimates. Weight, acceleration and handing have all been honed, to ensure the car is truly worthy of carrying the Cobra name.

The AC Cobra Series 1 electric hits 0-62mph (0-100kph) in around four seconds, so it packs a punch akin to the early cars but with the near-instant torque typical of electric vehicles (EVs). On a more practical level, this sporty modern classic still offers nearly 150 miles (241km) of range from its 55kWh battery.

Just 58 examples of the AC Cobra Series 1 electric cars will be made, celebrating the anniversary of the production of the first AC Cobra. It comes with a £138,000 price tag and will be available in four unique AC Car colours including electric blue, electric black, electric white and electric green.