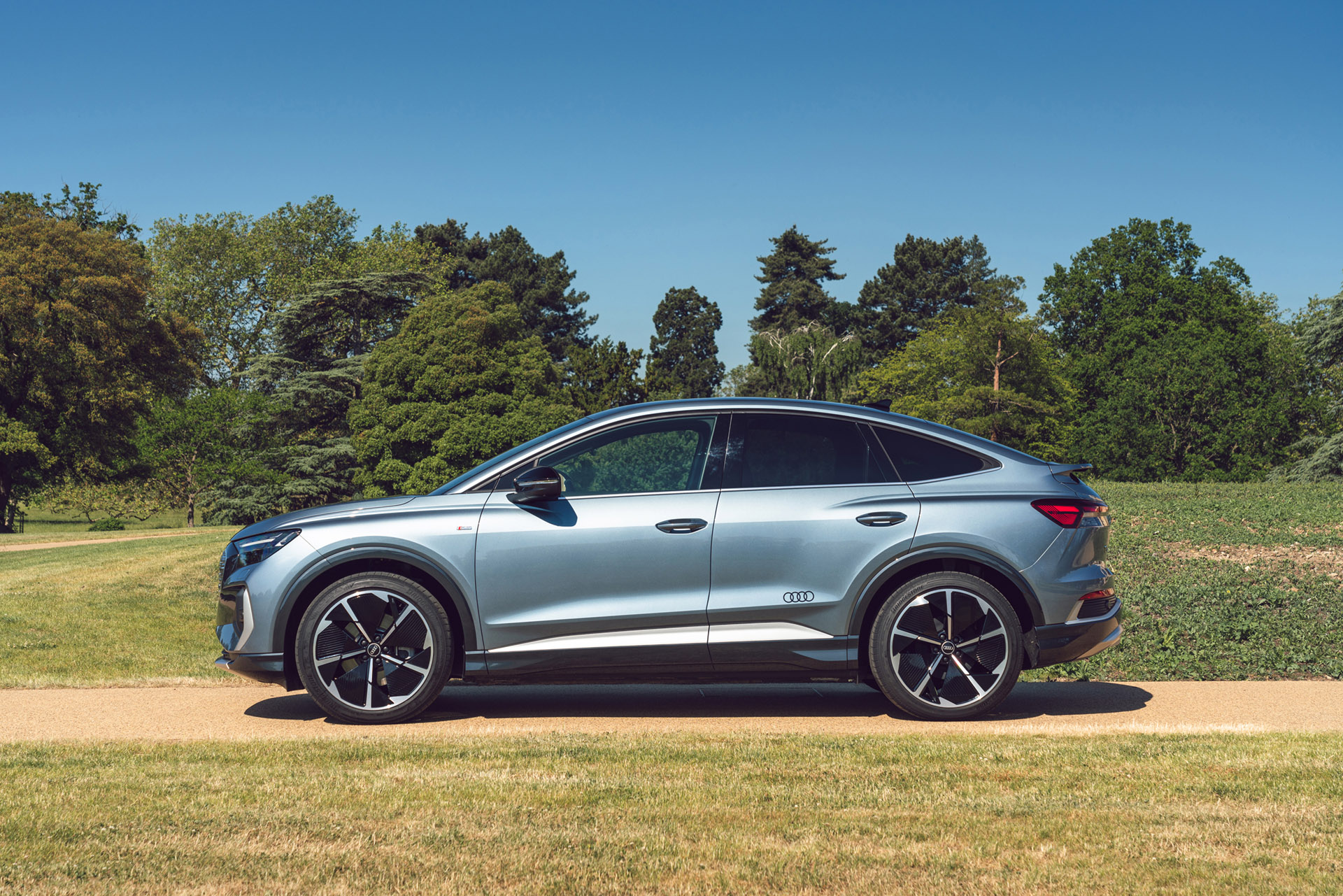 The new Audi Q4 e-tron and Q4 Sportback e-tron electric vehicles (EV) are both on now sale in the UK. Prices for these crossover style electric cars start from £40,750 and £42,250 respectively. Customer deliveries of the Q4 e-tron are underway, while the first Sportback is due in October.

The two models convey the progressive design of the concept cars into series production with minimal alteration. These versatile all-rounders will be offered in the UK in conjunction with Sport, S line, Edition 1 and Vorsprung trim options.

The top of the range Q4 50 e-tron quattro is equipped with quattro drive via two motors and uses the 77 kWh battery. It supplies an electric motor on each axle that contributes to a maximum output of 220kW (299PS) and 460Nm of torque, while delivering the advantages of all-wheel-drive.

The neat Sportback design found across the models offers ample space front and rear along with a fully digital cabin. This features useful modern technology, including a pioneering augmented reality head-up display connecting the virtual and real worlds.

It’s good to see more of Audi’s all-electric cars now hitting the showrooms. Over half of the German carmaker’s cars launched in the last 12 months have been electric and understand the future of driving needs to be zero-emissions. Audi have also said that all new models launch will be electric by 2026.

Andrew Doyle, Audi UK director, said: "The imminent arrival of the Q4 Sportback e-tron into our showrooms is the next crucial step in our bold electrification plan. Both the SUV and Sportback variants bring striking Audi design, impressive packaging, and attractive price points to a new segment of the market.

“Rapid charging capability and over 300 emission-free miles on a single charge will help ensure our transition from ICE to electric power is a smooth one for our customers.”

A full list of prices can be found here.