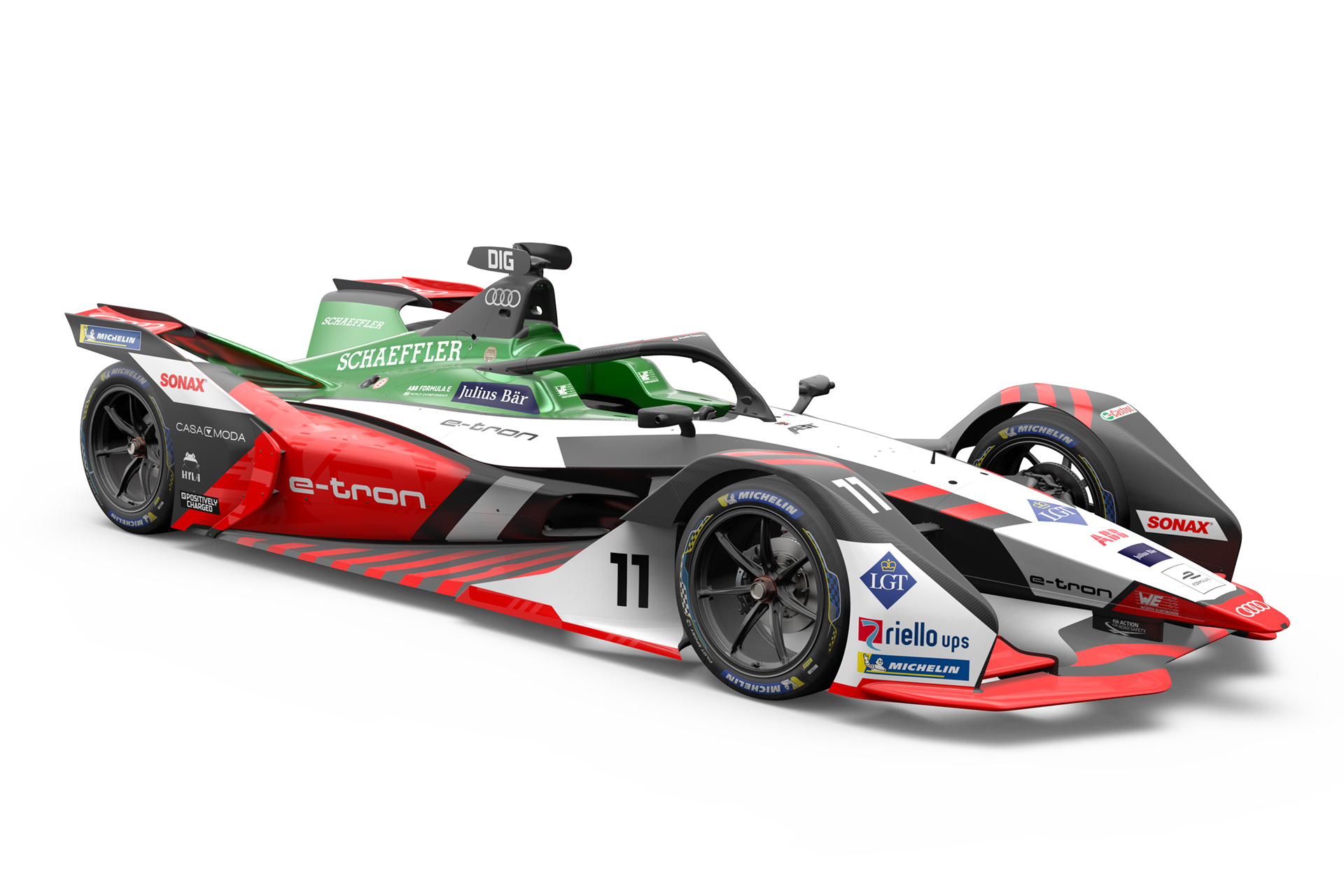 Audi has released its new e-tron FE05 electric race car that it will use to race the Formula E world championships. This will be the German carmakers’ seventh season competing on the zero-emissions racecar circuit. The new FE07 will race under the Audi Sport ABT Shaeffler team banner.

The new Audi e-tron FE07 made its public debut on the race track in Valencia on Saturday, December 1. Audi along with the other 12 teams in the Formula E Championships met at Circuit Ricardo Tormo for the only joint test before all of the cars and equipment are sent on their journey to South America for the race of the 2021 season.

The new FE07 has more than 95 percent efficiency within the entire car. At the heart of the FE07 is Audi’s new MGU05 motor-generator unit. It was designed by a team of engineers led by Stefan Aicher. They managed to save weight over the previous unit by using lightweight materials and intelligent integration inside the vehicle.

The MGU05 motor-generator unit uses a 52 kWh McLaren Applied Technologies battery that’s shared by all the cars on the start line. Each team is allowed to develop its own electric powertrain tech, power management and regenerative braking software, within the specified rules, to give them the edge. The FE07 powers from 0-100kph (0-62mph) in just 2.8 seconds with a top speed of 149mph (240kph).

Audi’s new e-tron FE07 will make its race debut at the first round of the 2021 Formula E series that starts in Chile in January. For Audi, the commitment in the fully-electric racing series is not just a sporting competition on the highest international level, but also perfectly supports the brand’s transformation towards sustainable and digital premium mobility.