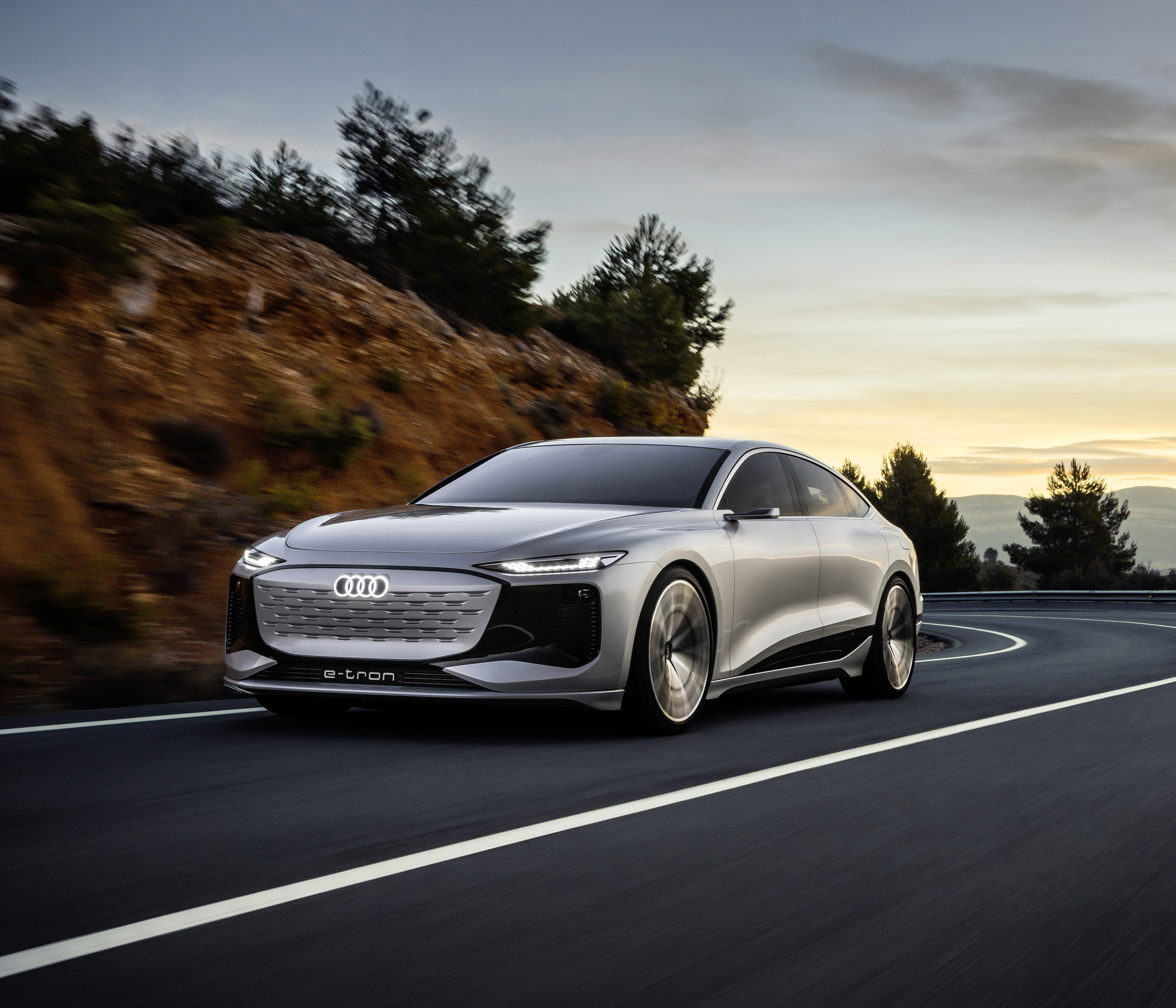 Audi is pushing ahead with its “e-volution” towards electric mobility and have unveiled its new A6 e-tron concept. The fully electric four-door sportback was launched to the world at the Auto Shanghai 2021 show in China.

This news comes after Audi recently launched its new Q4 e-tron and the Sportback e-tron all-electric cars. In fact, in the last year over half of Audi’s launches have been zero-emission electric cars.

The new A6 e-tron features a completely new technology architecture, the “Premium Platform Electric” or PPE for short. This will serve as the technology platform for these vehicles in the future. Beginning in late 2022, the first production cars in the C segment, and later in the B-segment, will be relaunched with PPE technology.

The new A6 e-tron concept car is a luxury-class model and this sportback measures 4.96-meter-long, 1.96-meter-wide and 1.44-meter-high. Its dynamic-looking body offers a glimpse of how Audi’s future production models will be styled.

The heliosilver technoid-looking paint finish accentuates the neat shape of the body. The paint also offers technical benefits that reduce energy consumption because it’s designed to reflect a significant percentage of the thermal radiation in sunlight. This reduces the amount of energy that enters the car’s body and interior, thus reducing the need to use the air conditioning.

The front features a large enclosed single-frame grille, which is bordered at the bottom by deep air intakes for cooling the drivetrain, battery and brakes. The flat headlight bezels extend far into the sides of the laterally sweeping front end, underscoring the horizontally aligned architecture of the vehicle body.

The sleek shape of the body is a direct result of spending time in the wind tunnel to make the A6 e-tron as efficient as possible. The upper rear end is shaped to create an aerodynamically functional breakaway edge. In the lower section, the rear diffuser’s generously sized air outlet is integrated into the spoiler area.

The drive system and model version of the Audi A6 e-tron is expected to boast a range of more than 435 miles (700km) in the future. The entry-level models will able to accelerate from 0-62mph (100kph) in around seven seconds, while the performance variants will hit this in less than four seconds.

The Audi A6 e-tron concept’s drive technology, and that of all future PPE models, feature 800-volt charging technology. Like the Audi e-tron GT before it, this ensures that the Audi A6 e-tron concept’s battery can be charged with up to 270kW in a short time at fast-charging stations. In just 10 minutes it can charge up to 186 miles (300km) of range, with up to 80 percent of  a full charge in just 25 minutes.