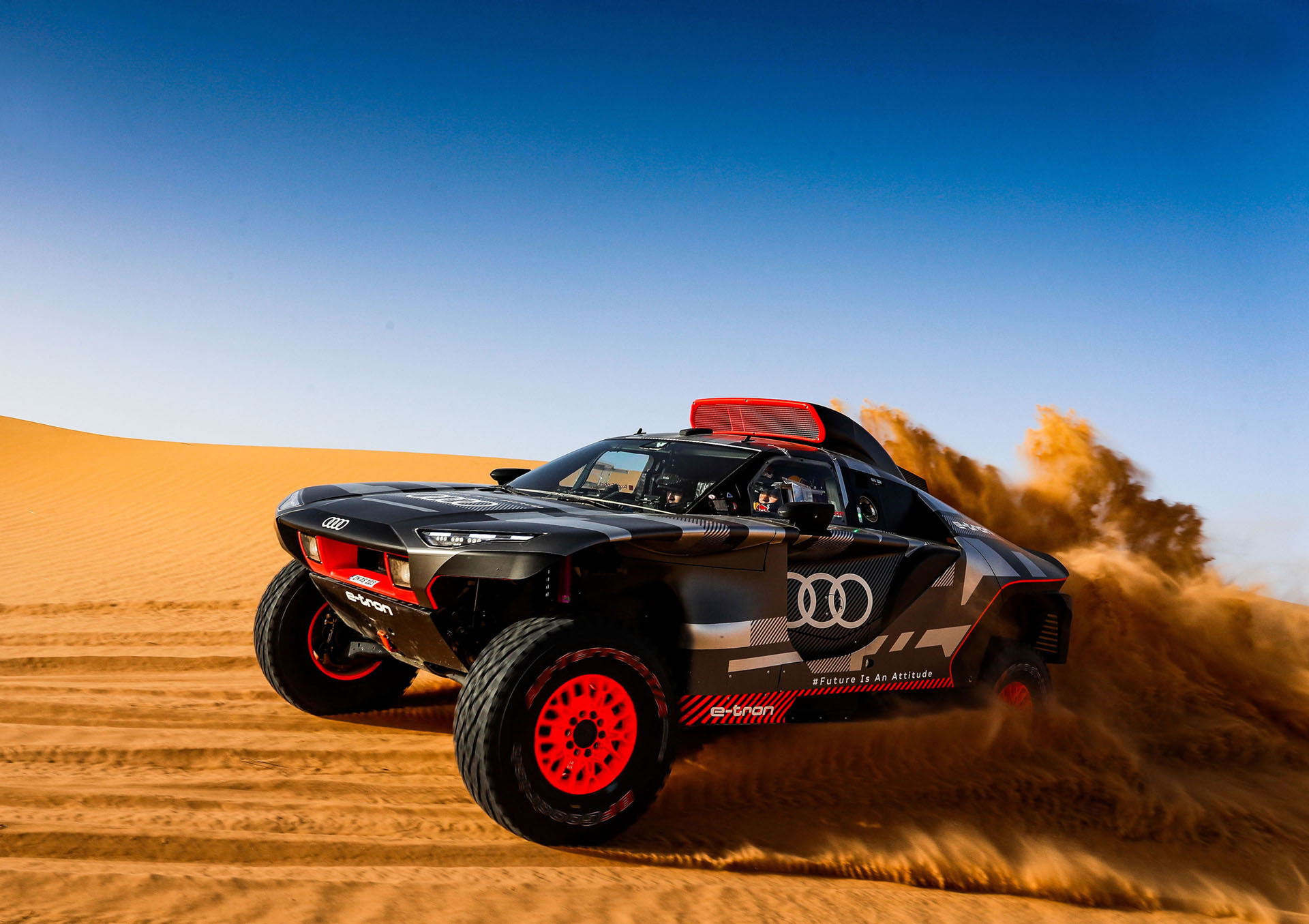 On the way to its debut in the famous Dakar Rally in January 2022, Audi Sport has been testing the Audi RS Q e-tron electric vehicle (EV) for almost two weeks in Morocco under the most extreme conditions.

After testing in Germany and Spain, the team headed for the desert and the dunes for the first time in the heat of Morocco to push the RS Q e-tron electric car to the limit.

Plus, their co-drivers Edouard Boulanger, Lucas Cruz and Emil Bergkvist were along with them. Driver and co-driver form an important unit in the Dakar Rally and they have to feel comfortable in the cockpit.

Andreas Roos, Audi Sport at Audi motorsport projects, said: “For the test in Morocco, we made modifications so that the driver and co-driver have more space in the tight cockpit and can also communicate better with each other. The feedback was positive.”

Some of the conditions the test team encountered in Morocco were extreme. Drivers and the off-road electric car were pushed to the edge driving and testing in conditions they could potentially encounter in the Dakar Rally early next year.

“As expected, some new problems arose in the high temperatures, which repeatedly caused interruptions to the testing and needed to be solved before the next test.”

Andreas Roos, Audi Sport at Audi motorsport projects, added: We deliberately went to Morocco to test our concept under the most extreme conditions.

“Components such as the MGU, for example, were basically not developed for use in such high ambient temperatures, but the drivetrain and other components were also pushed to their limits or even beyond by the heat.

“The insights we gained in Morocco are invaluable but they also show us that we still have a lot to do before the Dakar Rally and there is not much time left.”

The high-voltage battery, which was developed specifically for the Dakar Rally, is also one of the main components that was monitored during the testing. The temperature has a large effect on how the battery performs.

Andreas Roos, Audi Sport at Audi motorsport projects, concluded: “It’s all about optimum temperature management and being able to call up the battery’s maximum performance.

“This is where we are learning with every test. And that’s exactly why we are going to the desert with an electrified drivetrain: We are gaining an incredible amount of experience that we are sharing with our colleagues from road car development.”

Testing in extreme conditions and at race events, similar to Formula E, always provides a great insight for engineers and designers. Many of the breakthroughs made in the race world often become filter down technology for more efficient road cars in the future.