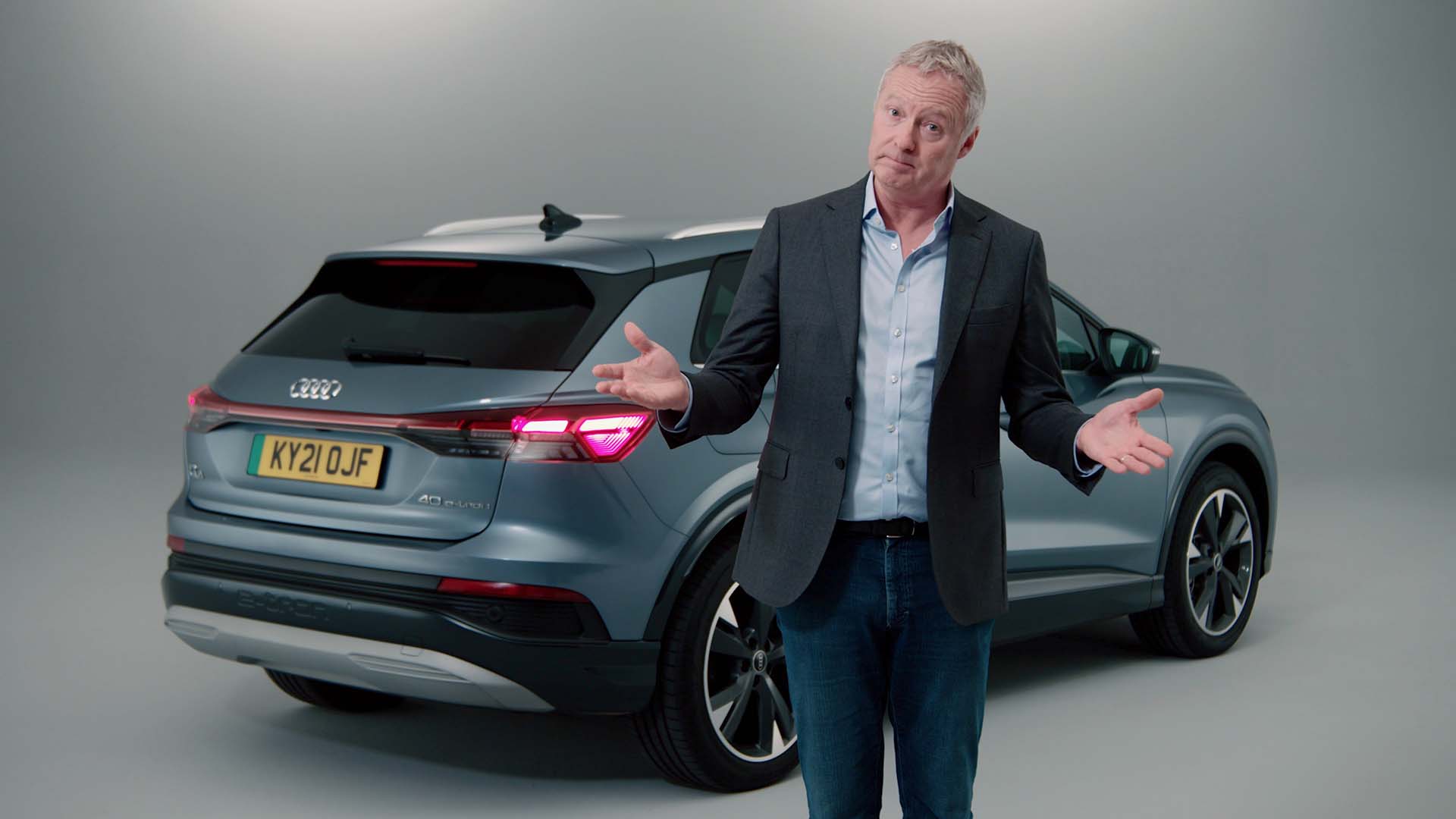 There are so many misconceptions when it comes to owning and driving electric vehicles (EVs). These include ‘Electric cars cost more to buy and service’, ‘have insufficient driving range’ and ‘can’t be recharged anywhere’.

These lingering misconceptions have plagued electric vehicles ever since their introduction to the mass market. With a light-hearted touch, Audi UK has teamed up with leading comic and impressionist Rory Bremner to debunk them once and for all in a new video series.

In the short series of myth-busting films, Bremner points out, for example, that as well as being cheaper to run the all-new Audi Q4 e-tron is actually over £4,000 cheaper to buy than an equivalent conventionally-powered Q5.

As well as highlighting the advantages electric cars bring when it comes to running costs, Bremner will also touch on the Q4 Sportback e-tron 40 Sport’s driving range of up to 323 miles (520km). This is a significant 38 times the distance of 8.4 miles (13.5km) driven in an average single journey in the UK.

Hopefully, seeing a familiar face from TV will help to convince people that most of the myths floated around about electric cars are simply not true. If most people went and drove a zero-emissions electric vehicle they would be impressed on nearly every level, especially when it comes to the ease of use and ownership.

The five-part series begins today on the Audi UK YouTube channel as well as being published across official Twitter and Instagram channels. The entire schedule for the series can be found below:

Globally, Audi has seen significant growth in deliveries of its all-electric models and justifies the company’s clear move towards emobility. By the end of September, Audi had supplied 52,774 all-electric vehicles to customers globally and therefore achieved an increase of 51.4 percent compared to the same period in the previous year.

As early as 2026, new models launched to the market by Audi will be all-electric exclusively. In 2033 production of the last models with internal combustion engines will cease.