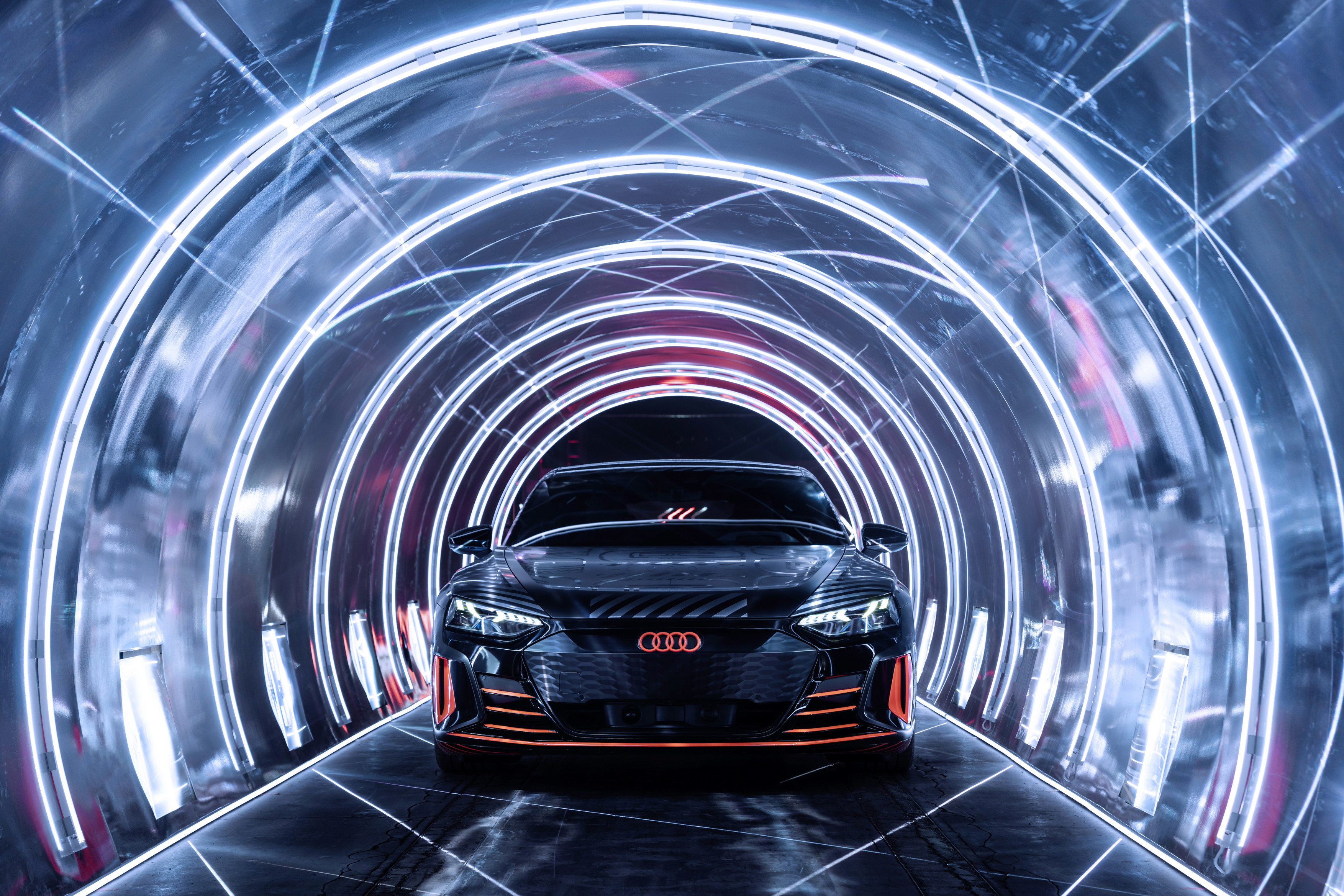 Audi has unveiled its production version of the RS e-Tron GT (Gran Turismo) electric sports car. This new slick looking electric vehicle from the German carmaker is a high-performance car yet remains practical with four doors and enough to offer space for four people.

The all-wheel steering RS Audi e-tron is certainly a car that will impress with its breath-taking sporty and elegant design. It is backed up by a powerful drive system making it, in the brand’s RS guise, is the most powerful production car they have ever offered.

Marc Lichte, head of Audi design, said: "The e-Tron GT is a Gran Turismo. This term originally stood for sports cars that were suited for long-distance races. GT models thus differ from pure sports cars in that they offer greater comfort and a larger interior.

"Lower air resistance translates into greater range. We have turned this basic law of physics of electric mobility into the design principle for the e-Tron GT. Form follows function, aesthetics arise from efficiency. The new design language creates a stronger flow and thereby creates refined aerodynamics. The design of the e-Tron GT thus forms the basis for the design of future electric models.”

The new e-Tron GT features a 93.4kWh lithium-ion battery that drives two motors to offer 475kW of power and 830Nm of torque. This powerful little mover can accelerate from 0-62mph (0-100kph) in just 3.3 seconds, with a top speed of 155mph (250kph). This is the most powerful Audi ever built, yet it remains practical for real-world use offering up to 292miles (472km) of range.

Linda Kurz, head of product market at Audi Sport, said: “I know the car from the first prototype to the finished product, and my personal highlight during the test drives of the RS E-Tron GT is the acceleration. The future of mobility is electric. The car is an expression of how Audi sees tomorrow’s mobility.”

The e-Tron GT is also impressive when it comes to charging thanks to intelligent thermal battery management and an 800-volt system it offers a maximum charging capacity of 270kWh. This allows it to drive 435 miles (700km) with just one stop of fewer than 23 minutes to recharge.

Markus Duesmann, Audi CEO, said: “The e-Tron GT really makes your pulse race when you experience it for yourself. It’s our first car with flat floor architecture which creates a sporty look and dynamic performance at the same time.

“The e-Trion represents the future of Audi. The looks are testament to the future of automotive design. Its impressive driving performance represents emobility in the most emotive way. It’s a new era for RS because it’s the most powerful RS model ever built.

"When it comes to performance electric cars are superior to combustion engines thanks to their smooth and quiet acceleration and spontaneity. The RS e-Tron GT and e-Tron GT take performance to a new level thanks to the lower centre of gravity and the maximum torque, and the sound that delivers a great sound experience.”

Some have commented that new Audi doesn’t look dissimilar to the hugely successful Porsche Taycan electric car. There is something still very Audi about the e-Tron’s design curves and overall shape. In our opinion, the comparison is no bad thing, especially since the Taycan was launched it has gone on to the become Porsche’s best selling car. We’re sure both Audi and Porsche fans alike won’t fail to be impressed by new the e-Tron GT.

Audi is already making considerable headway with its range-wide electrification programme. This began with the world premiere of the all-electric Audi e-tron sports utility vehicle in September 2018, and is now the biggest manufacturer of electric vehicles among the three German premium brands.

Due for introduction during 2021 are the new e-Tron S, e-Tron S Sportback and Q4 e-Tron, along with the e-Tron GT and sports car variants. By 2025, Audi will offer more than 20 models with all-electric drive in the most important markets worldwide and achieve roughly 40 percent of its sales with electrified variants.