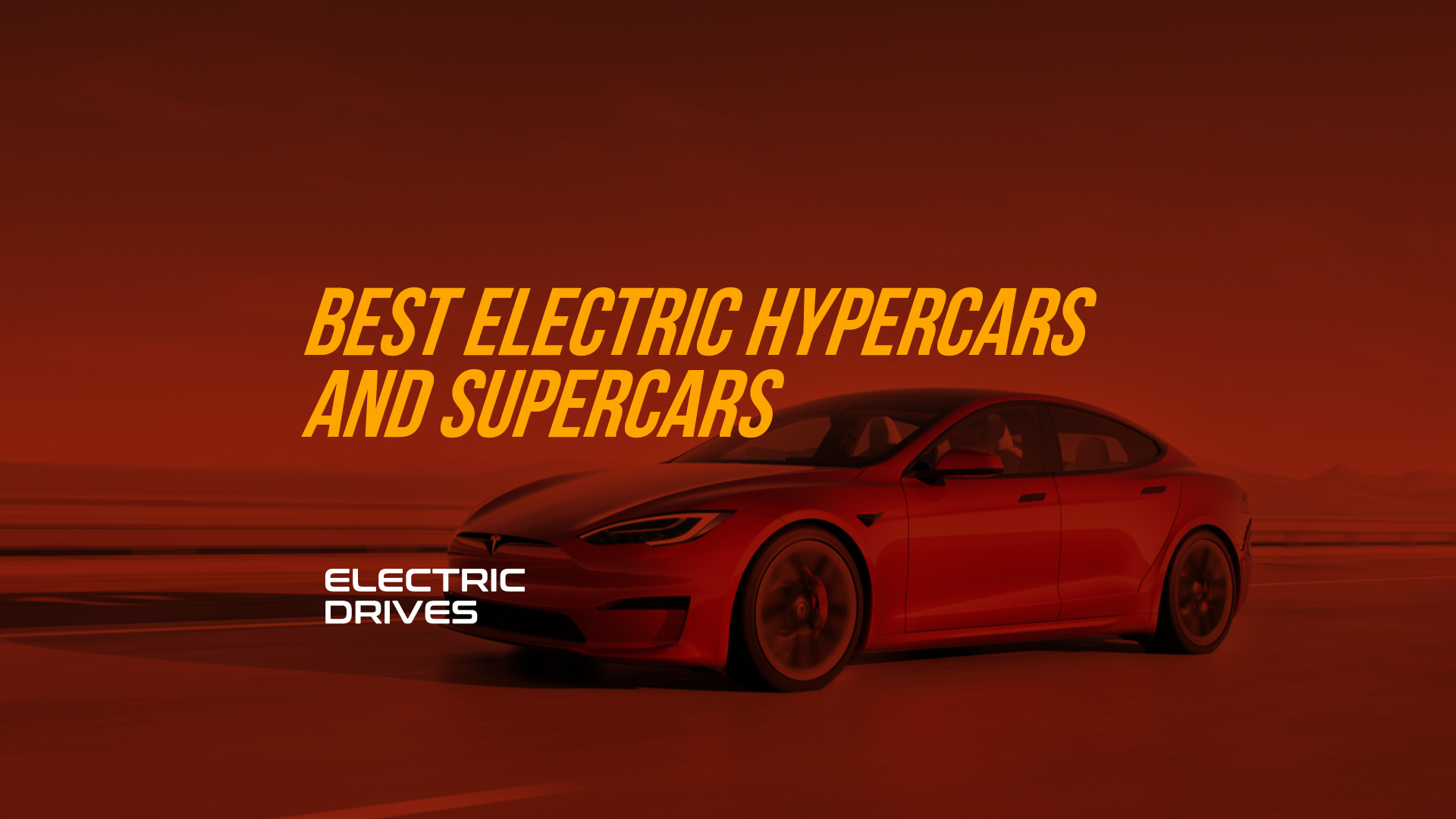 At ElectricDrives we often get asked about the speed and acceleration of high-end electric hypercars and supercars, especially from petrolheads. They are usually shocked by the top speed and even more impressed by the acceleration.

The torque and power of electric over petrol is huge and best of all they are zero emissions. There are so many high-end electric cars that make most models from the combustion world look silly when it comes to performance. Plus, most of them are stunning looking. Here's our pick of the best electric hypercars and supercars currently in the zero-emissions world:

Based in Modena, Automobili Estrema was founded in 2020 by entrepreneur Gianfranco Pizzuto. The Automobili Estrema Fulminea made its world debut at Salon Privé at Blenheim Palace. The concept car has been shown with the finished model set to go on sale in the second half of 2023.

This will be the first car in the world to use an innovative ‘hybrid’ battery pack that combines Li-ion cells with solid-state electrolyte and ultracapacitors. This set-up provides 100kWh of energy to power the four electric motors with a total output equivalent to 2040hp. This is enough to propel the Fulminea from 0-200mph (0-320kph) in less than 10 seconds.

Spanish carmaker Hispano Suiz has a history of making  amazing looking cars and their Carmen and Carmen Boulogne electric hypercars are no exception. The Carmen Boulonge is limited to just five models. It weighs 1,630kg, which is 60kg less than its little brother, the Carmen, and features a carbon fibre subframe, new CNC parts and a carbon fibre roof.

The all-electric Lotus Evija hypercar weighs just 1750kg making it an extremely light hypercar and was shown to the world at Goodwood Speed Week last year. The production models will have 1972 horsepower (2000PS), with a top speed of 200mph (320kph).

The Evija will travel from 0-62mph (0-100kph) in under three seconds. It will have a target range of 215 miles (346km), with a target consumption of 17.25KWh/100km. It has already been recognised by the International Design Awards (IDAs), where it won the Product Design of the Year category.

At present, the Cyberster is a concept car from MG who have been doing great things with their affordable electric cars. This is their vision of the future that has been developed by the team at the MG Advanced Design Centre in London.

This two-door, two-seater sports car recalls the brand’s tradition, drawing a number of styling cues from the classic MGB Roadster. The Cyberster’s intelligent all-electric architecture will enable a range of 500 miles (800km) and it will accelerate from 0-62mph (0-100kph) in less than three seconds.

Designed and built at Automobili Pininfarina’s manufacturing facility in Cambiano, Italy, the Battista is a true beauty with its distinctive black exposed signature carbon fibre bodywork. This pure-electric model will accelerate from 0-62mph (0-100kph) in under two seconds, which is faster than a current Formula 1 car.

The Pininfarina Battista electric hypercar was revealed at Monterey Car Week earlier this year and provides a thrilling all round experience on road and track, in the city and on the open road. The Battista is a fine example of what can be achieved at the cutting edge of electric car technology.

The Rimac Automobili Nevera is a next-generation 1,914 horsepower all-electric hypercar GT. The Nevera, which has a limited run of just 150 models, was designed, developed and built in-house at Rimac Automobili in Croatia. It will cost a cool €2 million and offers a massive 1914 horsepower that delivers a top speed of 258mph (415kph).

The Nevera all-electric hypercar has some impressive stats. It will accelerate from 0-62mph (0-100kph) in just 1.97 seconds and can hit 100mph (161kph) in 4.3 seconds. It maintains its eye-opening acceleration throughout its full-throttle cycle, achieving 186mph (300kph) from rest in 9.3 seconds.

Tesla’s Model S Plaid is a little different in that it’s not like the other electric hypercars here. It looks like a regular Model S but is a big bad wolf in sheep’s clothing. It features a 100kWh battery that delivers an impressive range of 396 miles (637km). There was going to be a Model S Plaid+ with a range of 520 miles (836km) but Tesla CEO Elon Musk shelved this project.

The Model S Plaid still competes with the hypercars thanks to its top speed of 200mph (322kph) and can accelerate from 0-62mph (0-100kph) in just 2.061 seconds. If you’re looking for a subtle yet super powerful and ‘affordable’ electric car the Model S Plaid delivers.