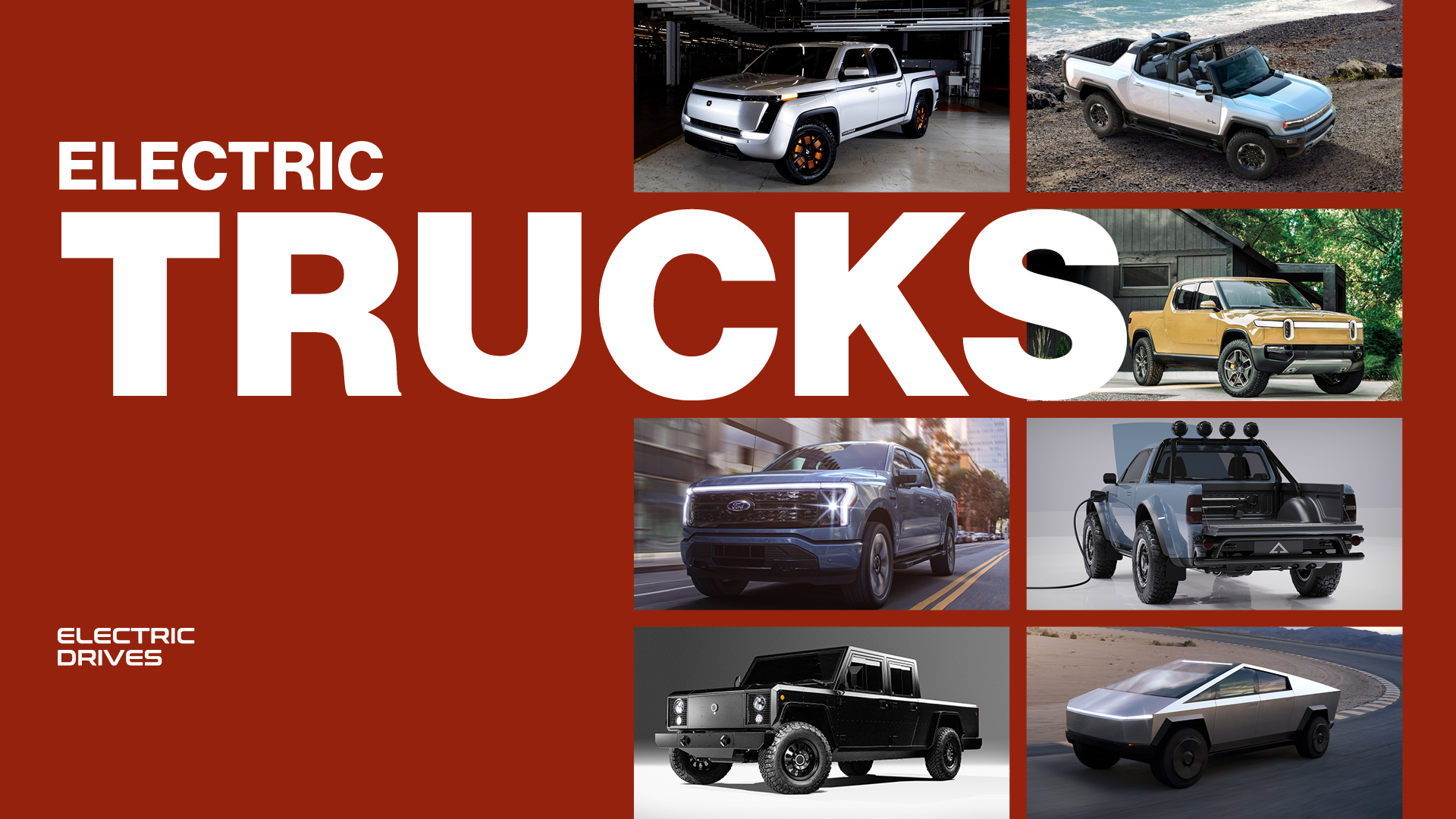 Best electric trucks that are on the way (with videos)

The world of electric trucks is going to be big, especially in the USA where pick-ups are widespread. Right now the choice is minimal but there are lots on the way from both start-ups and the big car brands. Here we bring you a compressive list of the best trucks and the low down on the biggest players who are bringing them to market.

The Alpha Wolf truck is one of the smaller trucks coming to the electric vehicle (EV) market. The Wolf is a two-person utility truck with a spacious rear cargo bed on an electric platform. It combines versatile driving performance with durability and best of all clean zero-emissions driving power.

It’s available in both two and four-wheel-drive versions with a towing capacity of 1360kg (3000lbs). There’s also a utility version available for the more adventurous. The Wolf will be equipped with a 75 to 85 Kilowatt-hour Lithium-ion battery with an estimated 275 miles (443km) of range. This makes it quite a nippy little mover that can accelerate from 0-62mph (0-100kph) in just over six seconds. Delivery is expected in 2022 and has the cheapest projected cost with prices starting from $36,000.

Michigan-based electric car producer, Bollinger, first showed designs of its new B2 pick-up back in 2019. The Bollionger B2 is the pick-up version of the brand’s B1 and is a simple looking crew-cab pick-up that you’d be forgiven for thinking looks like a boxy version of an old Land Rover.

This four-seater is a zero-emission vehicle that features dual motors driven by a 142kWh battery pack that delivers 614-horsepower. The B2 has a top speed of 100mph (161kph)and offers a 200 mile (322km) range. Bollinger is taking reservations for $1,000 and deliveries are expected in 2021 with prices starting from $125,000.

The recently announced Ford F-150 electric truck has been an instant hit and the new zero-emissions pick-up received 44,500 orders in the first two days. The new F-150 is based on Ford’s internal combustion engine (ICE) version of the F-150, which is currently the best selling vehicle in the USA. This shows there’s a huge appetite for the electric version of the F-150.

The Lightning, which will offer up to 300 miles (483km) of range, is expected to hit the roads in spring 2022. It will deliver a new experience for truck owners, with a starting price of $39,974, which is on par with today’s similarly configured F-150 combustion engine trucks. The Lightning is part of Ford’s more than $22 billion global electric vehicle plan to lead in the world of electrification.

Once the car of rappers and overindulgence, the Hummer is back thanks to General Motors. It has all the ingredients that made this military-style truck so popular back in the 1990s and 2000s, but is slightly more rounded and forgiving on the eye. The Hummer EV crew-cab pick-up is a big vehicle but has some impressive figures.

It’s powered by a 200kWh battery that powers three electric motors that deliver a whopping 1000-horsepower that provides 11,500 lb-ft of torque. It said that it will hit 0-62mph (0-100kph) in just three seconds. This is impressive for such a beast of a truck. The range of the Hummer EV is an impressive 350 miles (560km). The first edition models are expected later this year and prices are expected to be around $110,000.

The Lordstown Endurance features four in-wheel motors to drive it and claims to use the fewest parts to drive an electric vehicle. This is said to increase efficiency and lower the cost of ownership. It features 109kW battery that delivers 600-horsepower and offers a range of over 250 miles (402km). Prices start from $52,500.

This electric start-up has financial backing and Lordstown already has orders of over 50,000 for its electric Endurance pick-up with many fleets buying around 500 units. Much testing has taken place and production is expected to start in the autumn of 2021 at the new Lordstown facilities based in the former General Motors plant in Lordstown, Ohio.

The R1T is a powerful pick-up offering 750 horsepower with a claimed 0-60mph (0-97kph) time of just three seconds from its quad motor system, which drives all four wheels. The R1T, which has a wading depth of over three feet (one metre), will offer 11,000lbs (5000kg) towing capacity. The price of the R1T is $69,000 and best of all of this package all comes with zero emissions.

Both Amazon and Ford have invested in Rivian, who have raised an impressive $5.3 billion since 2019 when its designs were launched. Rivian are producing the R1T at its US factory in Normal, Illinois. They will offer three versions of the R1T and initially all will come with a 135 kWh battery that delivers a range of 300 miles (483km). The R1T which is already in pre-production is expected in late 2021/early 2022.

The Tesla Cybertruck is a crazy futuristic-looking electric truck that already has over a million reservations. Tesla says the production model Cybertruck will offer a range of over 300 miles (483 miles), accelerate from 0-62mph (0-100kph) in under 4.5 seconds and offer up to 10,000lbs of towing capacity.

Tesla is still taking orders for the Cybertruck that has a starting price of $39,000, with a deposit of just $100/£100/€100. The first Cybertrucks were supposed to be on the road in late 2021 but with delays, it’s more likely to be 2022 now. This could become one of the biggest selling trucks ever.