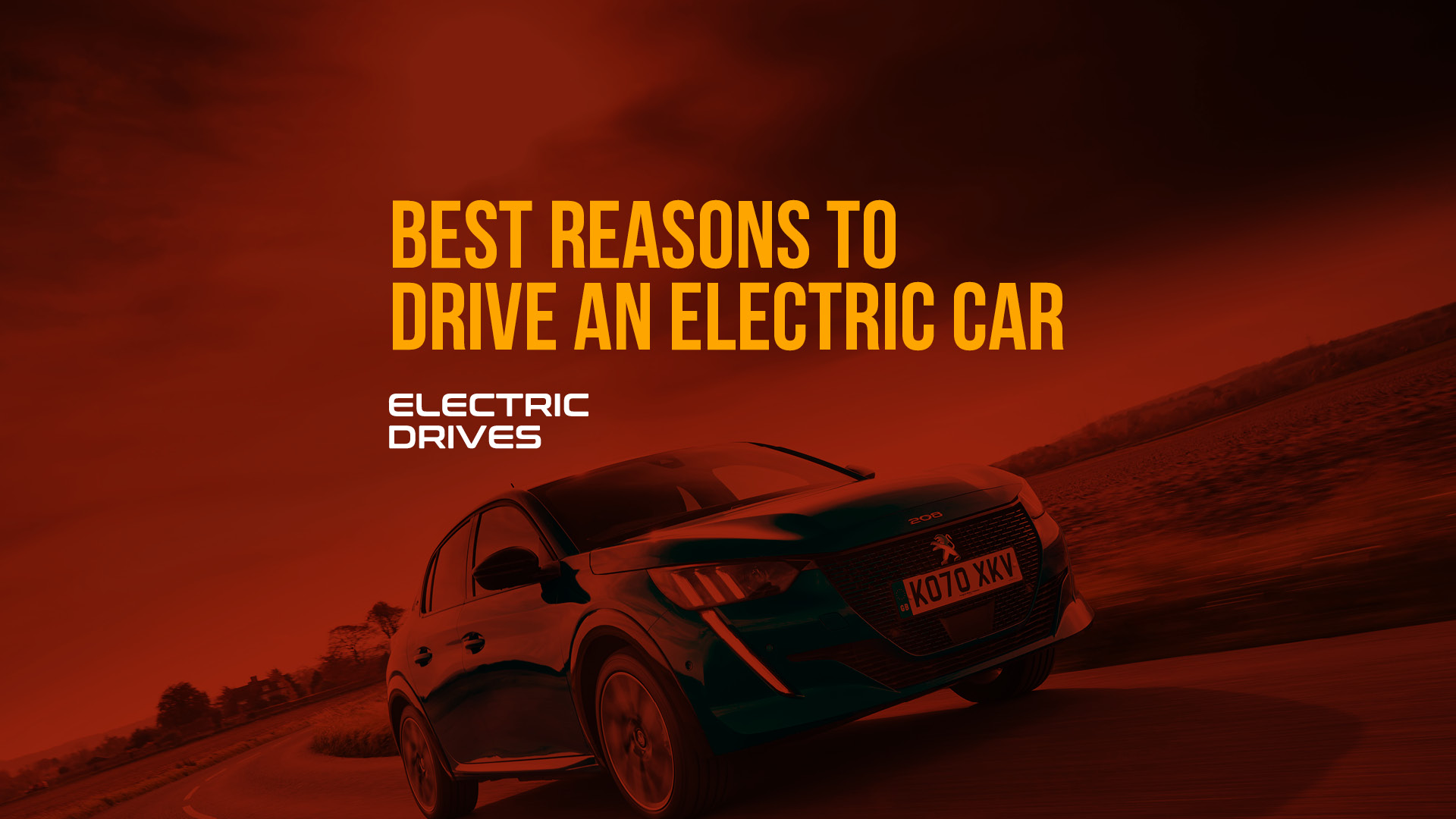 In light of the recent COP26 climate conference, ElectricDrives brings you the top reasons why we should transition to driving zero-emissions electric vehicles (EVs)

Following the COP26 climate crisis conference in Glasgow, there is even more reason for all of us to play our part in helping to reduce global warming. With fossil fuel vehicles being a big contributor to the problem, the simple and obvious answer is to transition to electric vehicles (EVs). With this in mind, ElectricDrives brings you the top 11 reasons why driving an electric car makes sense:

The most important reason to drive a battery electric vehicle (BEV) is that it no longer has a tailpipe which means it has zero-emissions. This is the biggest bonus in terms of sustainability and a cleaner future for the planet.

The average petrol car puts out 180g of CO2 every kilometre, while the diesel equivalent produces 173g of CO2 per kilometre. By driving electric you put out zero CO2 per kilometre and are doing massive service to protecting the environment and future generations.

With an electric car, you will never have to worry about fuel shortages or need to sit in long queues ever again. Electric cars are simple and cheap to charge, especially if you do it at home which is the cheapest method.

If you don’t have a home charger, then more and more public chargers are available. In the UK for example, there are nearly 45,000 places to connect at 16,377 locations.

Range has always caused anxiety for non-electric drivers when it comes to adopting cleaner zero-emissions vehicles. Range is getting better and some cars, like the Tesla Model S for example, offers a range of up to 412 miles (663km). That said, for most, even a more modest range of 100 miles (161km) is plenty for around-town use with just one or two charges a week.

Infrastructure is getting better and recently Costa announced 200 InstaVolt chargers at their drive-thru coffee shops. pb pulse also recently announced a significant expansion in the UK aiming to have 16,000 chargers by 2030. The UK’s leading app and digital platform for EVs, Zap-Map, provide a comprehensive guide of where to charge.

4. Charging Infrastructure is Getting Better

For example, GRIDSERVE opened their first Electric Forecourt near Braintree, Essex and plans to open more of these large scale service stations over the next five years. GRIDSERVE also partnered with Tritium to open the UK’s largest fast-charging motorway charge site.

Oxford will soon supersede this with the Energy Superhub Oxford (ESO). This opens later this year and will be the most powerful EV site in Europe with up to 10MW of power.

To find out more and compare models, it’s worth looking at Zap-Map, which offer price comparisons between electric, petrol and diesel cars.

The cost of maintenance is much lower for an electric vehicle (EV) than internal combustion engine (ICE) car. This is because there are fewer moving parts in an electric car which makes maintenance costs extremely low.

An electric car doesn’t require regular oil changes or as many services. According to a study from UK insurance company Direct Line annual tax and maintenance costs, which includes MOTs and servicing, is 49 percent lower than ICE vehicles.

7. Fun and Easy to Drive

Electric cars are fun and user friendly to drive smoothly accelerating up to speed. The high torque of electric cars means they accelerate quicker than combustion vehicles. Performance models, such as Tesla’s Model S Plaid, can accelerate from 0-60mph (0-97kph) in less than two seconds. This is ridiculously fast and should be enough to convert even the biggest petrolhead.

For the more sedate among us, this torque makes life easier while driving and the big bonus is there is no need to change gears. This makes electric cars simple to drive like an automatic. Plus, electric cars are quiet, which always leaves you in a more relaxed state, even after long trips.

Electric cars can be more expensive than their ICE counterparts to purchase but they are becoming more affordable than ever before as demand increases. For example, the New Fiat 500 all-electric car can be purchased from £20,495. This car delivers a range of up to 248 miles (400km) and offers exceptional value.

Some brands are working hard to make electric cars cost the same as the combustion equivalents. Audi’s all-new Audi Q4 e-tron, for example is over £4,000 cheaper to buy than an equivalent conventionally-powered Q5.

With the consistent rise in the sale of electric vehicles more are becoming available secondhand. The good news is that they hold their price well and resale values are high. Newer models that have a range of more than 200 miles (322km) have an estimated resale value of 64.3 percent of their initial value after three years of service.

Another good thing is that electric cars are less prone to the wear and tear that ICE vehicles are because they have fewer moving parts. Fortunately, batteries are last longer than ever before and many are recycling them for second life use. Audi for example is working with German-Indian startup Nunam to use battery modules from test vehicles into a solar nanogrid.

10. No need to buy an expensive car outright

Buying a new car outright is out of reach for many. Instead, leasing or subscribing to a monthly is a great way to drive an electric car without the outlay. Today, there are many subscription services including elmo, GRIDSERVE, LeasePlan and Onto, who offer zero-emissions electric vehicles for as little as £300 per month. Many of the subscription services include tax, insurance and servicing which helps to keep costs down.

Leasing an electric car is a great way to try out driving a zero-emissions vehicle and a way of trying different models to see which works best. Onto for example, who recently partnered with the Electric Vehicle Association (EVA), offer a subscription scheme without any long-term commitment for any period from 30 days upwards.

The Electric Vehicle Experience Centre, the UK’s first brand-neutral centre dedicated to electric vehicles, offer short term rentals for a day or two allowing customers to try out different vehicles. They also provide free advice about electric and plug-in vehicles to educate those making the move to zero-emissions driving.

When purchasing a new electric car the government offers grants of up to £2,500 for cars up to £35,000. This applies to cars, vans, trucks, taxis and motorcycles. The £35,000 limit does exclude the majority of higher-end models but there are now many EVs that offer great value and come in under £30,000.

Another good reason to drive electric is that there are no congestion or low or zero emission charges found in a growing number of city centres. Currently, electric cars are exempt from both first-year and subsequent years’ road tax.