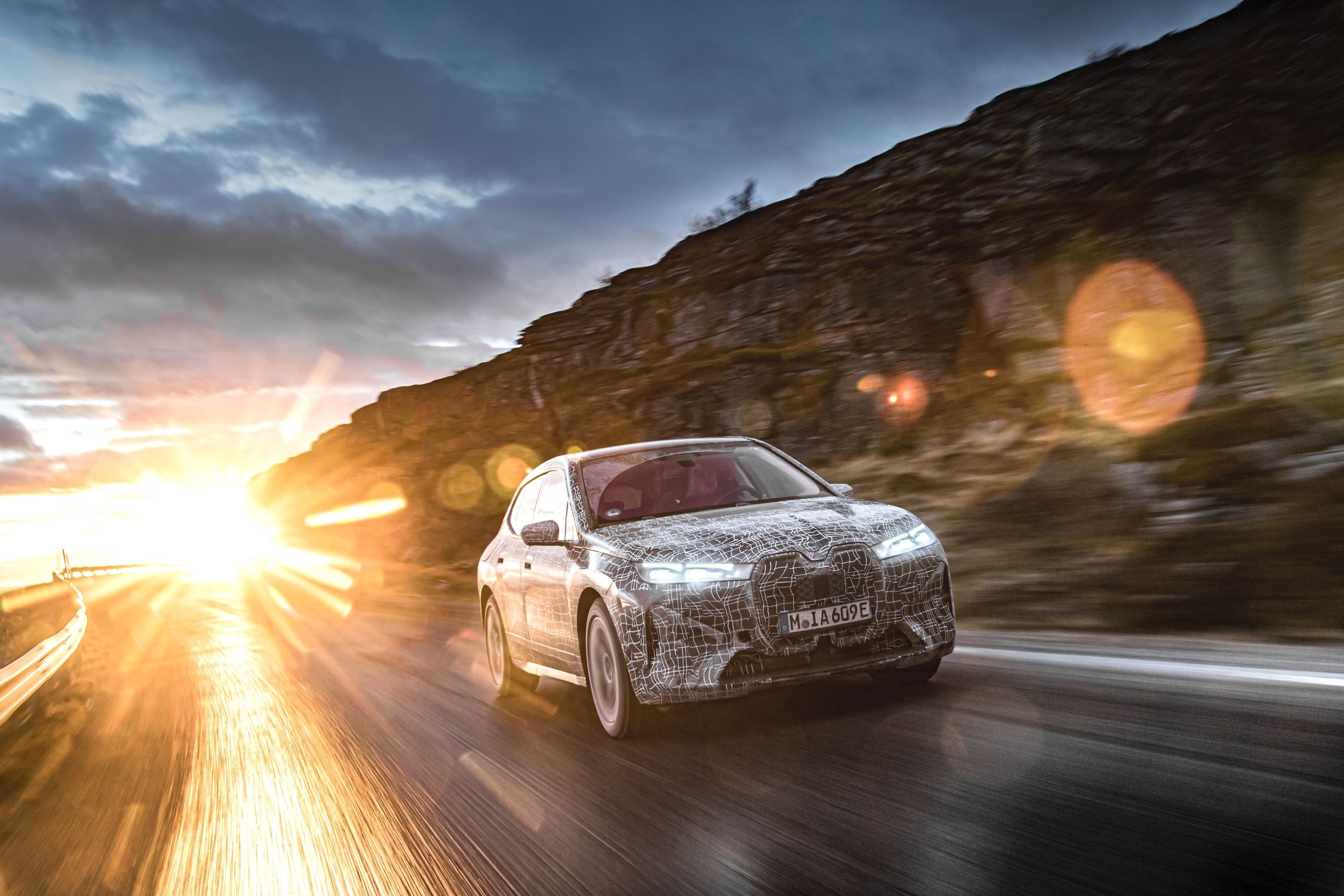 A year ahead of its market launch, the series development process for the BMW iX is forging ahead. The winter testing continues with BMW taking its new electric car north of Scandinavia. The endurance test, which is being held under extreme weather conditions beyond the Arctic Circle, serves among other things, the fine-tuning of drive and suspension systems.

BMW are also testing the electric motors and four-wheel-drive systems in the cold. Along with this, they’re looking at the charging technology, high-voltage batteries and heat management as they put the iX through demanding sub-zero temperature test conditions.

The tuning and test drives are taking the prototypes of BMW’s iX as far as Europe’s most northerly regions on deserted roads in Finnish Lapland and to the North Cape on the Norwegian island of Magerøya. Both the fifth-generation BMW eDrive technology and the suspension control systems have to prove their functionality and reliability in demanding road and weather conditions.

In the process test engineers are evaluating the interaction between drive and suspension systems on road surfaces with a low friction coefficient. Driving on unsecured tracks in icy conditions with extremely low temperatures, while test-driving on the edge of the Arctic Circle provides extreme conditions for the testing.

This allows BMW to precisely coordinate the motor control technology, the electric four-wheel-drive and suspension control systems right up to the limits of longitudinal and lateral vehicle dynamics.

Testing of the charge level, range and operating status displays, as well as the heat management system, which constantly ensures the optimum operating temperature of the drive system and high-voltage batteries, demonstrate their resistance to extreme sub-zero temperatures.

Within a short time, the challenging testing demands more from the BMW iX prototypes than the future production models have to withstand during their entire life cycle. The evaluation of all test results and the resultant fine-tuning of all drive and suspension components of the BMW iX will pave the way during the coming months ready for the launch.