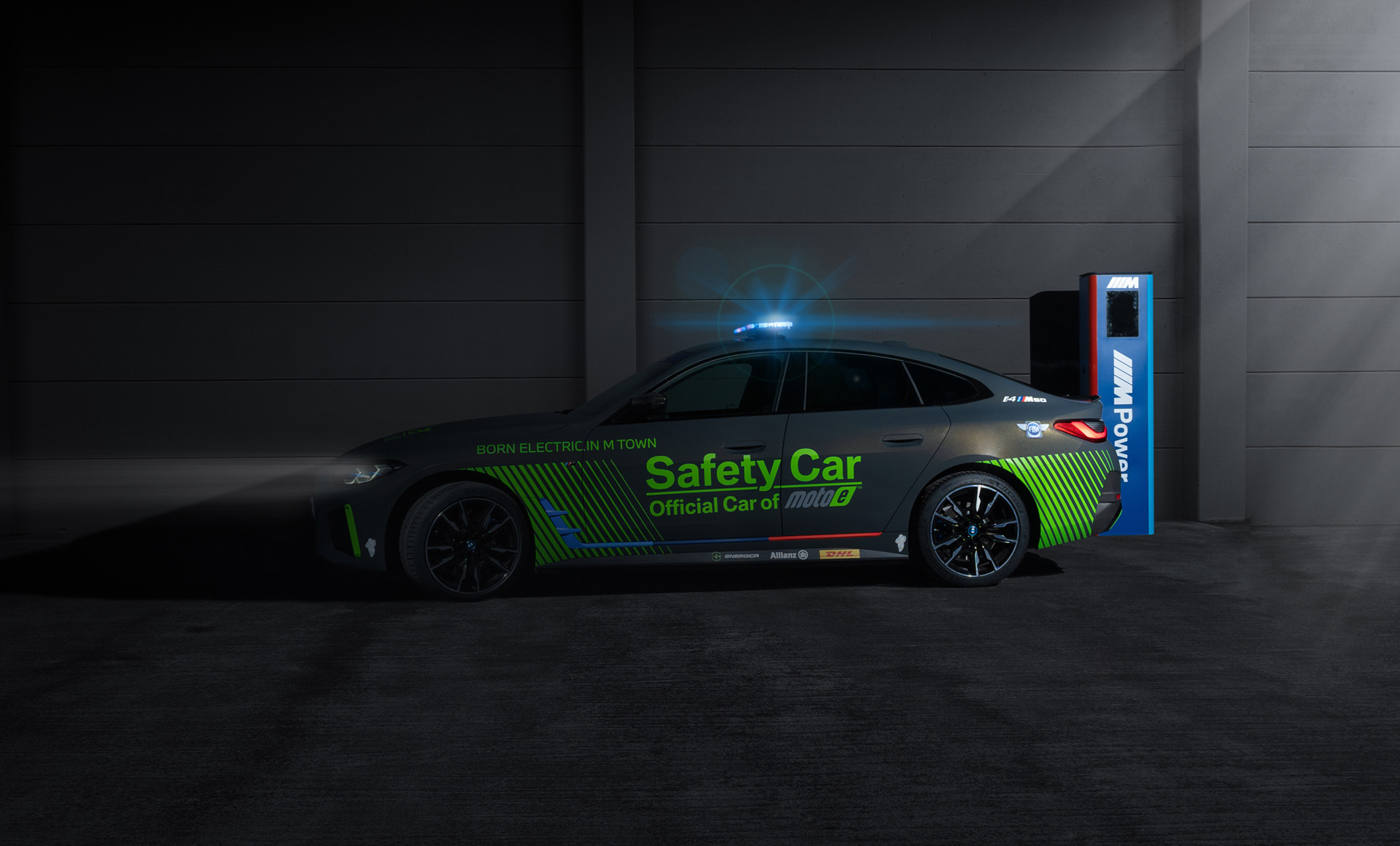 A custom-built BMW i4 M50 will become the official safety car of FIM Enel MotoE. The new BMW i4 M50 electric vehicle (EV) will be unveiled at the FIM Enel Moto World Cup at the Motorcycle Grand Prix in Austria on 15 August at the Red Bull Ring.

The new safety car is based on the BMW i4 M50 that will be officially launched in November. The i4 M50 features an electric motor on both the front and the rear axles, generating an impressive output of 400 kW (544 horsepower).

It’s great to see the zero-emissions MotoE series continuing to gain in popularity, and having BMW’s latest performance electric car leading the way seems like the perfect fit.

Markus Flasch, CEO of BMW M GmbH, said: “With the BMW i4 M50, we are entering a new era and presenting our first M with a fully-electric drive train. With the first M BEV, we are setting course for a future, in which the combination of extremely sporty, performance vehicles and electrification is an exciting theme.

“We are showing that everything people have come to value about M – the typical emotional M driving experience with sportiness, power and dynamics – is also possible in a fully-electric vehicle.

“While the production version of the four-door Gran Coupé will hit the market in the autumn, our fans can enjoy its world premiere at the racetrack this summer. There could not be a more appropriate safety car for MotoE than the BMW i4 M50 – pure performance, fully-electric.”