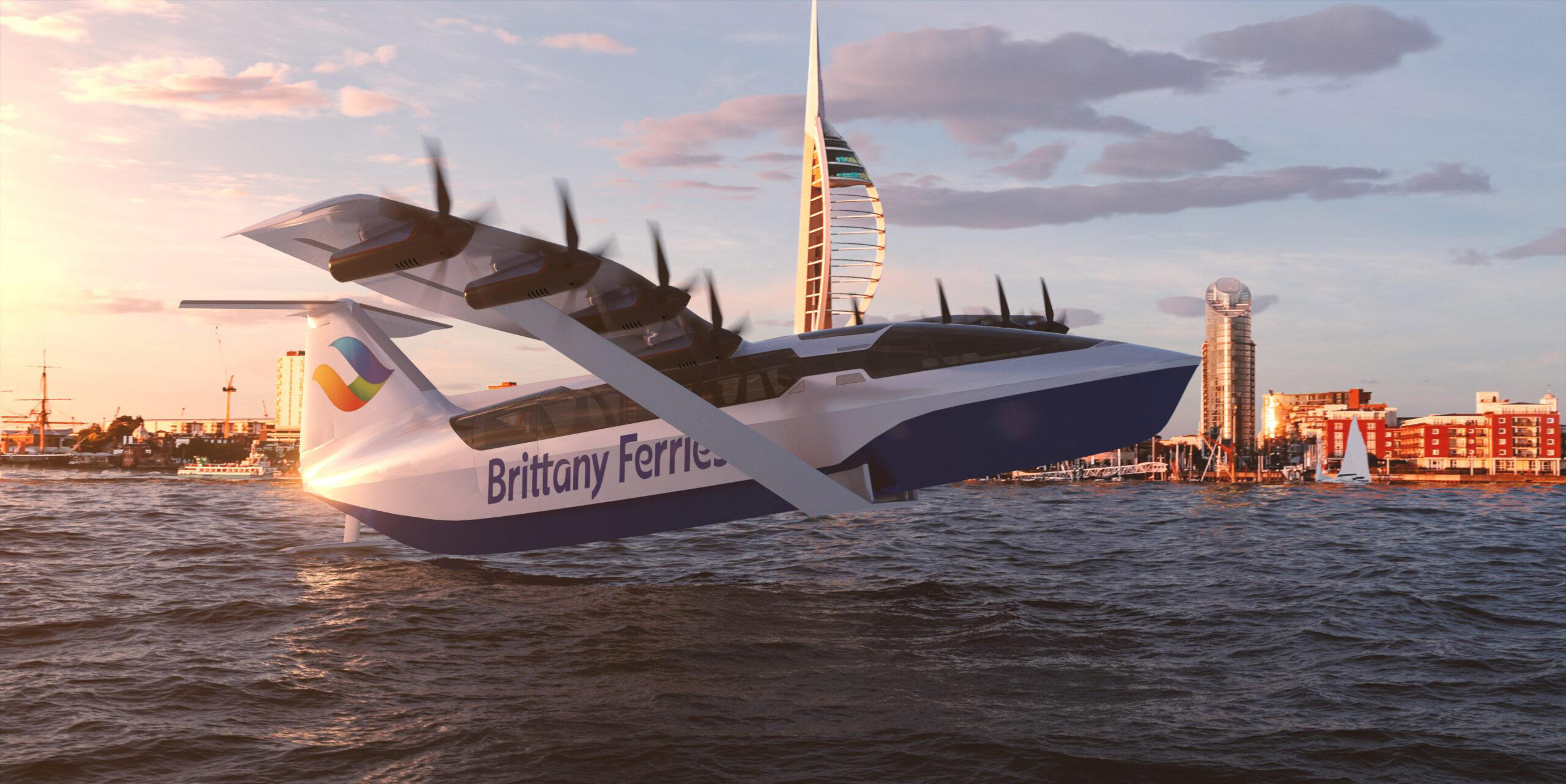 Travel between the UK and France could soon be quick, convenient and emissions-free

Brittany Ferries are looking into the potential for new high-speed electric seaplane-style ferries for travel between the UK and France. Brittany Ferries have signed a letter of intent that could see the new electric craft carrying up to 150 passengers across the Channel by 2028.

Dubbed the seaglider, the new wide wing, propeller-driven craft uses an efficient hydrofoil style system as it picks up speed. Once at speed, this is retracted and the seaglider flies on an air cushion just a few meters above the surface of the water. The electric motors are also used to regulate airflow over the wings while riding the air cushion.

As a result, it combines the speed of flying or travelling by hovercraft, but with lower running costs similar to that of a ferry. Best of all the new craft are all-electric so are zero emissions.

It is said that they will fly at speeds of up to 180mph (290kph) and these new seagliders are expected to make the crossing from Portsmouth to Cherbourg in as little as 40 minutes. This is about six times faster than conventional ferries.

These new zero-emission vehicles were developed in the US States by Boston-based start-up company Regional Electric Ground Effect Naval Transport (REGENT). Currently, REGENT are developing several sizes of these passenger style seagliders, which all operate in the same way. They expect the first commercial passengers to travel on smaller electric craft by 2025.

This is a great idea for travelling across the Channel and replaces two extremely fossil fuel-dense methods of transportation. Plus, the speed and convenience make them an extremely viable option for travelling between the UK and Europe in the future.

Frederic Pouge, Brittany Ferries ports and operations director, said: “Seaglider is an attractive and exciting concept and we look forward to working with REGENT in the months and years to come.

“We are particularly pleased to contribute now because it means we can bring real-world challenges and potential applications into the company’s thinking at an early stage. We hope this may help bring commercial success in the years that follow. Who knows, this could be the birth of ferries that fly across the Channel.”

Billy Thalheimer, REGENT co-founder and chief executive, said: “REGENT is excited to partner with Brittany Ferries to bring the future of maritime transportation to market.

“Brittany Ferries offers a world-class operational experience which will help REGENT ensure that our seagliders will be the most convenient and comfortable form of cross-Channel travel.”