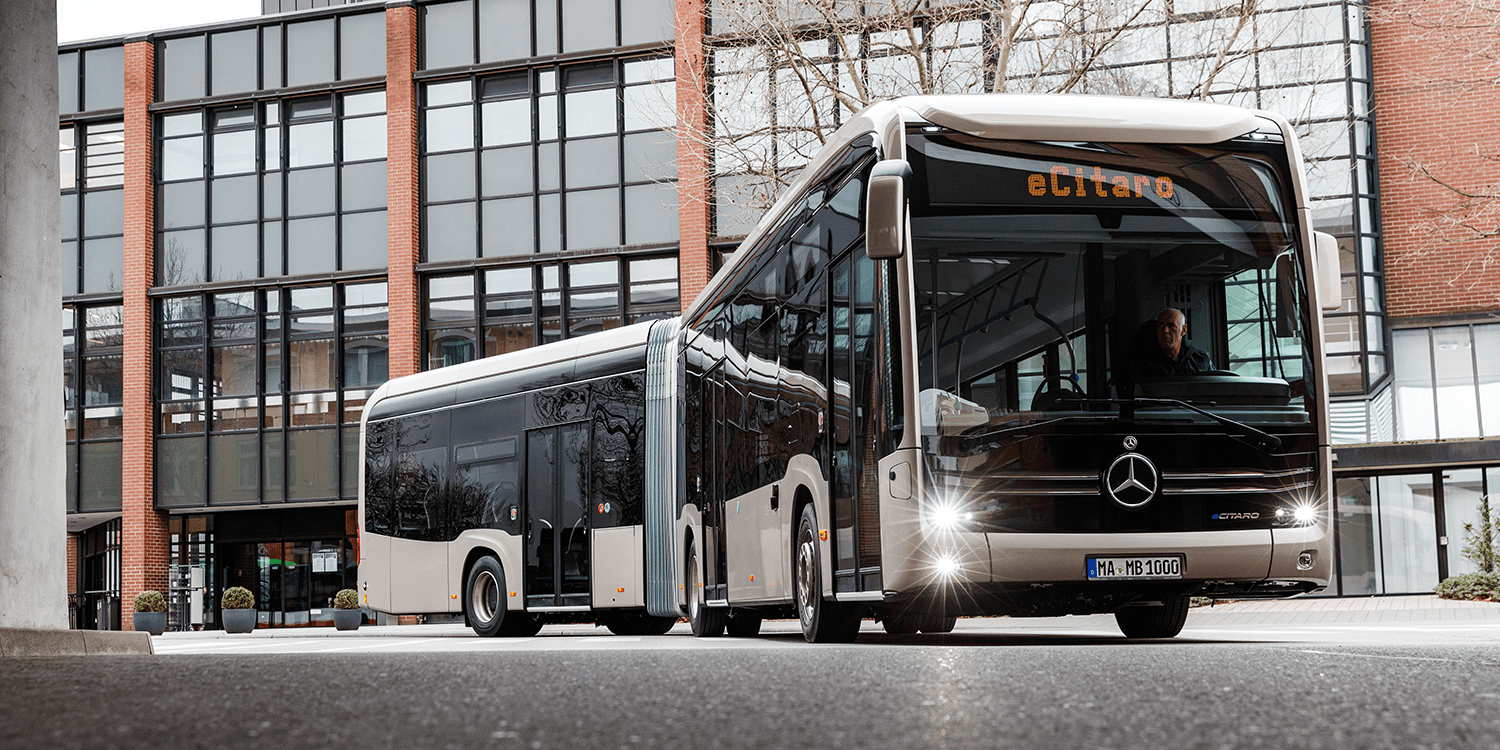 Daimler have announced the launch of their Mercedes eCitaro G articulated bus. The new bus, which is an electric version of their Citaro, features solid state batteries and have a range of 137 miles (220km). The German automaker, who have been working hard on electrifying many of their commercial vehicles, also announced an update to its non-articulated eCitaro too.

The new solid state battery version of the Mercedes eCitaro G bus is equipped with two solid state 125 kW electric motors, and like the solo bus is powered by Mercedes’ tried-and-tested ZF AVE 130 electric axle that’s located in the rear half of the bus. Daimler will also be able to supply the Mercedes eCitaro G articulated bus with two powered axles for added traction in hilly and demanding locations.

The motors on the eCitaro G are located near the wheel hubs. Per axle they deliver up to 2 x 125 kW of power, which generates 2 x 485 Nm of torque like in the non-articulated eCitaro. With the transmission ratio used this equates to 2 x 11,000 Nm. This gives the articulated bus an impressive amount of drive power.