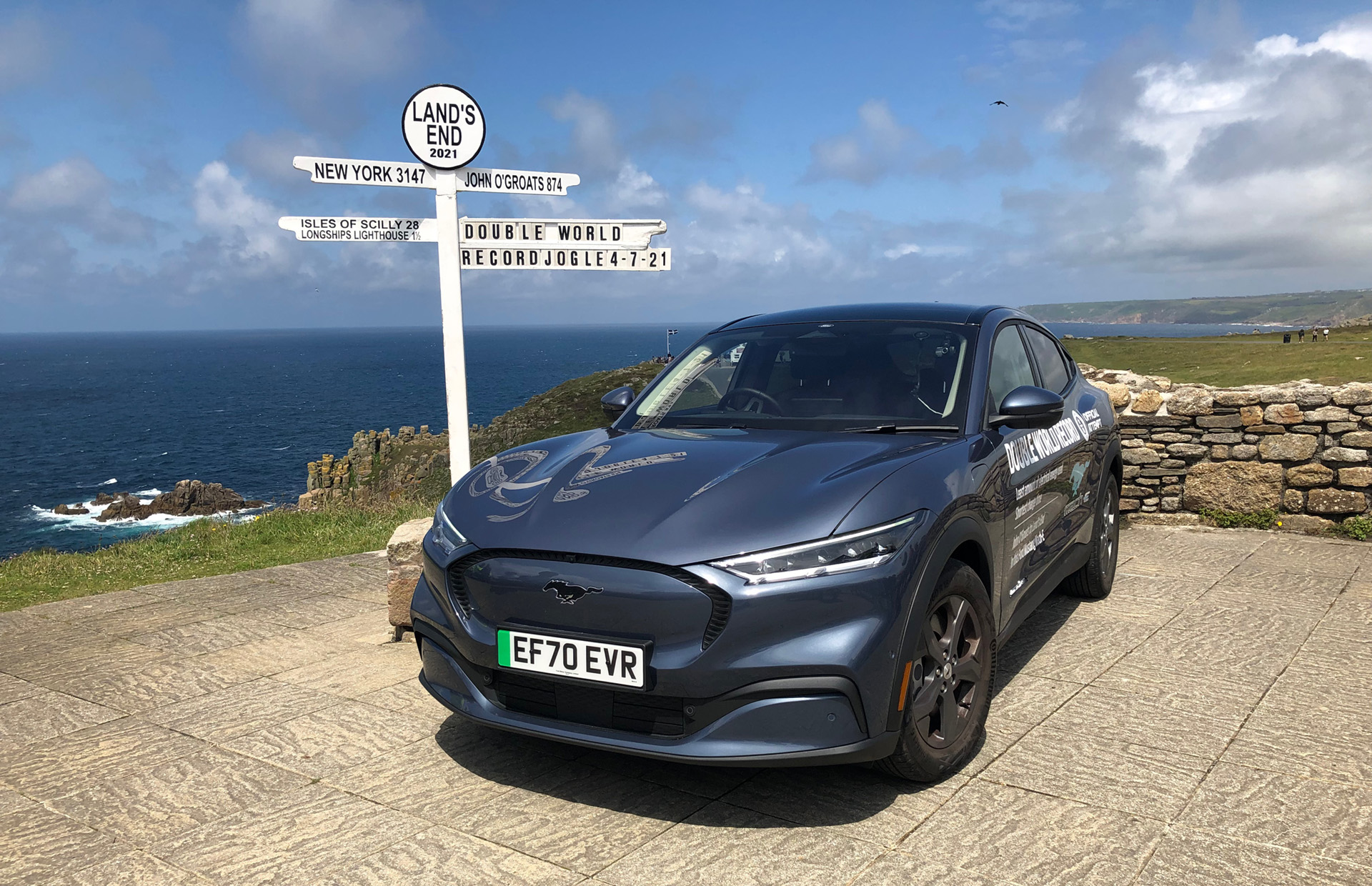 Ford’s new Mustang Mach-E electric car is a Guinness World Record holder after demonstrating its ultra-efficiency between John O’Groats and Land’s End. It took the award for the lowest energy consumption in an electric car. Independently verified data showed that the Ford Mustang Mach-E travelled over 6.5 miles per kilowatt-hour (kWh) of electrical energy.

With 88kWh of available battery capacity, the efficiency achieved reflects well over 500 miles (805km) of range. This added more than 120 miles (193km) to the Mustang Mach-E’s official 379-mile (610km) range. It trebled the miles per kWh target set by Guinness World Record for this new electric vehicle record.

The record-breaking performance on Britain’s longest journey necessitated stopping for under 45 minutes of charging. After leaving John O’Groats, Scotland on a full-charge, the 840 miles (1352km) journey to Land’s End required only two main charging stops at Wigan, in North West England, and Cullompton, Devon.

The team said: “This record is about demonstrating that electric cars are now viable for everyone. Not just for short urban trips to work or the shops, or as a second car, but for real-world use on long cross-country journeys. We’ve proved that, with this car, the tipping point has been reached.

“The Ford Mustang Mach-E’s range and efficiency make it an everyday car for tackling unpredictable journey patterns.  We did a full day’s testing totalling 250 miles and still had 45 percent battery charge on our return.”

Fast charging the rear-wheel-drive extended range Mustang Mach-E, which set the record, at 150kW adds around 73 miles (117km) of driving range within 10 minutes of charging.

“Ford’s own Go Electric report on consumer perceptions reveals that the average range which the public thinks a fully charged electric car can travel is under 150 miles.

“If the Mach-E can achieve well over three times that distance in the hands of professionals, it can easily deliver its official ‘miles per tank’ to owners – and dispense with any previous range anxiety.”