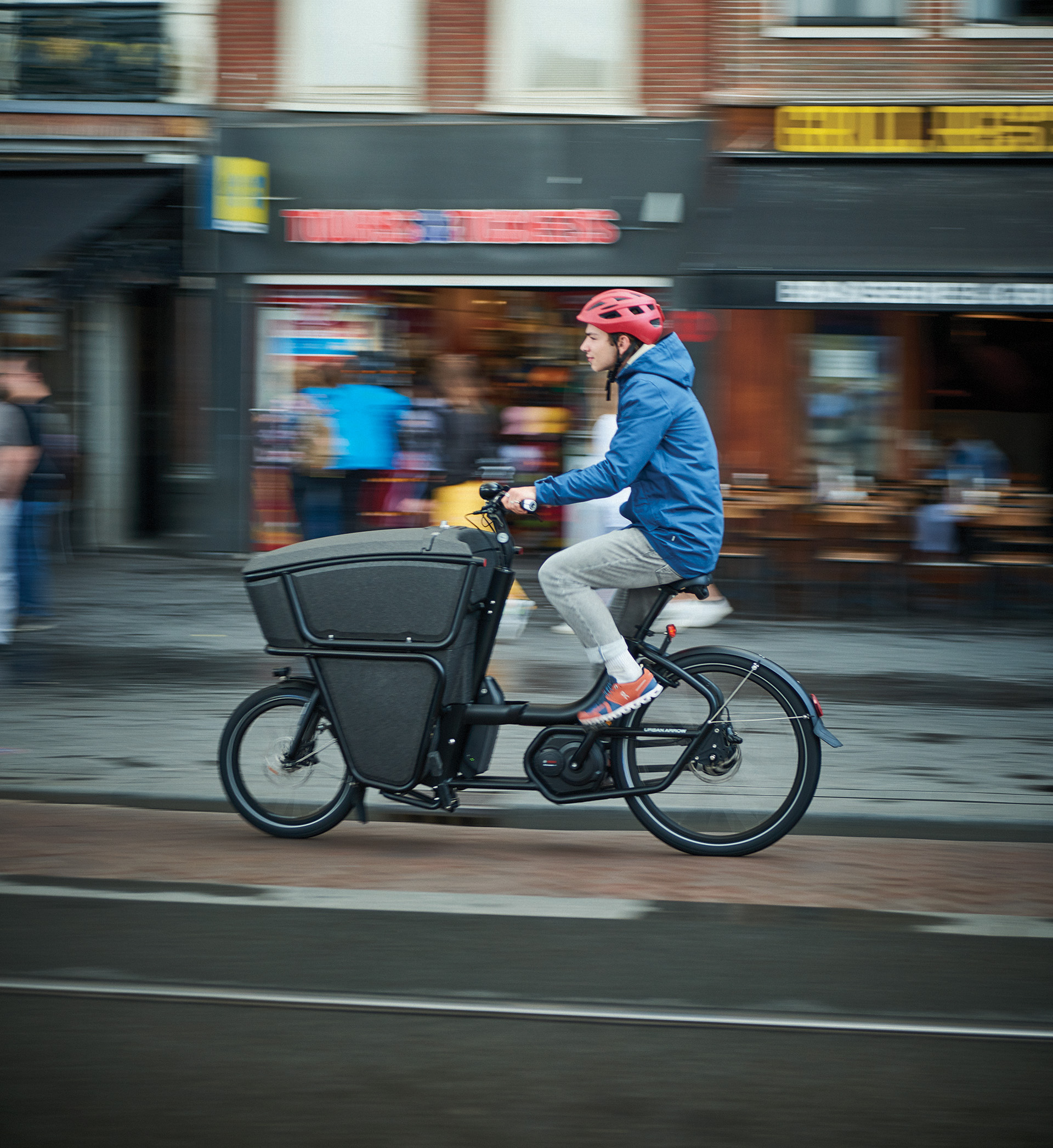 eCargo bikes have much to offer, they are rider-friendly with zero-emissions and provide ease of movement aligned with being cost-effective

It is now possible to have almost anything delivered to our doorstep, and over the past year with the coronavirus pandemic delivery has become more important than ever before. As a result, this has put a massive demand for extra delivery vehicles on the road. This in turn has worsened traffic congestion and, depending on the type of vehicle, has had a huge negative impact on air quality and noise pollution.

Energy Saving Trust has been following this closely and see that one logical and clean answer is the use of ecargo bikes. These zero-emissions ecargo bikes are a sustainable alternative to petrol and diesel transportation, especially for urban and last-mile deliveries. eCargo bikes are being used increasingly in urban environments by both individuals and commercial organisations.

The ecargo bike has been designed specifically to carry a load and features an additional electric motor. This helps the user physically and also allows longer distances to be covered in a shorter time. With zero tailpipe emissions, the ecargo bike is the ideal mode of transport for the ever-increasing number of deliveries. ‍

eCargo bikes can make financial sense with significantly lower upfront costs compared to cars and vans. Electricity is also cheaper to buy than petrol or diesel, so ecargo bikes have far lower running costs. Plus, insurance, general maintenance and repair costs are all significantly cheaper. The overall costs are markedly lower with ecargo bikes than traditional delivery methods.

Another significant advantage of ecargo bikes over petrol and diesel vans is that they take up far less space. This helps to reduce congestion and allows for ease of movement for increased efficiency. eCargo bikes can often take shorter, faster routes, and have the advantage of being able to use cycle and bus lanes. They can also be wheeled through pedestrianised areas and can move through standstill traffic.

Additionally, the small size of an ecargo bike means that they can be parked closer to destinations, so deliveries can be made more efficiently. They also take up less space in the urban environment when parked for delivery

A benefit of ecargo bikes is they can contribute to a healthier, happier workforce. The physical activity of using a bike, even with the addition of an electric motor, is beneficial for rider health, with some companies even reporting that their ecargo bike riders take less sick leave than other drivers.

A good example of a successful ecargo business is Sies Petcare. This is a medical animal care and sitting service that supports South East London’s pet community. The company was founded in 2016 by Sieske Valk, a sole trader passionate about offering the best care at affordable prices. Valk, who was born in Holland, sees cycling as the logical option for getting around.

After trying out a car, a regular bike and a ecargo bike, Valk discovered the perfect answer was the ecargo bike. It offered more advantages for her needs over other transport types she had tried out, to be more environmentally friendly, quick through traffic and easy to use without being overly physically demanding.

It soon proved to be more cost-effective than a car over the 100 miles (160km) she travelled weekly and saves approximately 1,600kg of CO2 emissions per year. As a result of the new set-up, Valk feels fitter, healthier and happier knowing that she is contributing to making London a more sustainable city.

Sieske Valk, founder of Sies Petcare, said: "Using an ecargo bike has made managing my business so much better. I am sticking closer to the core values of being CO2 neutral, sustainable and social. It keeps me fit and happy and my clients and their pets absolutely love it.”

Many businesses have found success using ecargo bikes in a similar way to Valk. Ride Clean is a mobile bike cleaning and maintenance service operating in London. It delivers its services to offices, cycling hubs, cafes and houses to support cyclists and clean mobility in the capital.

With such a great demand for deliveries and the prospect of this increasing in the future as more people shop online, it is going to be more important than ever before to have a quick, clean and efficient delivery system. The ecargo bike offers one of the best solutions for this type of carriage and distribution in urban environments and looks set to become more widely used in the coming months and years, especially as companies try to meet sustainable environmental targets.