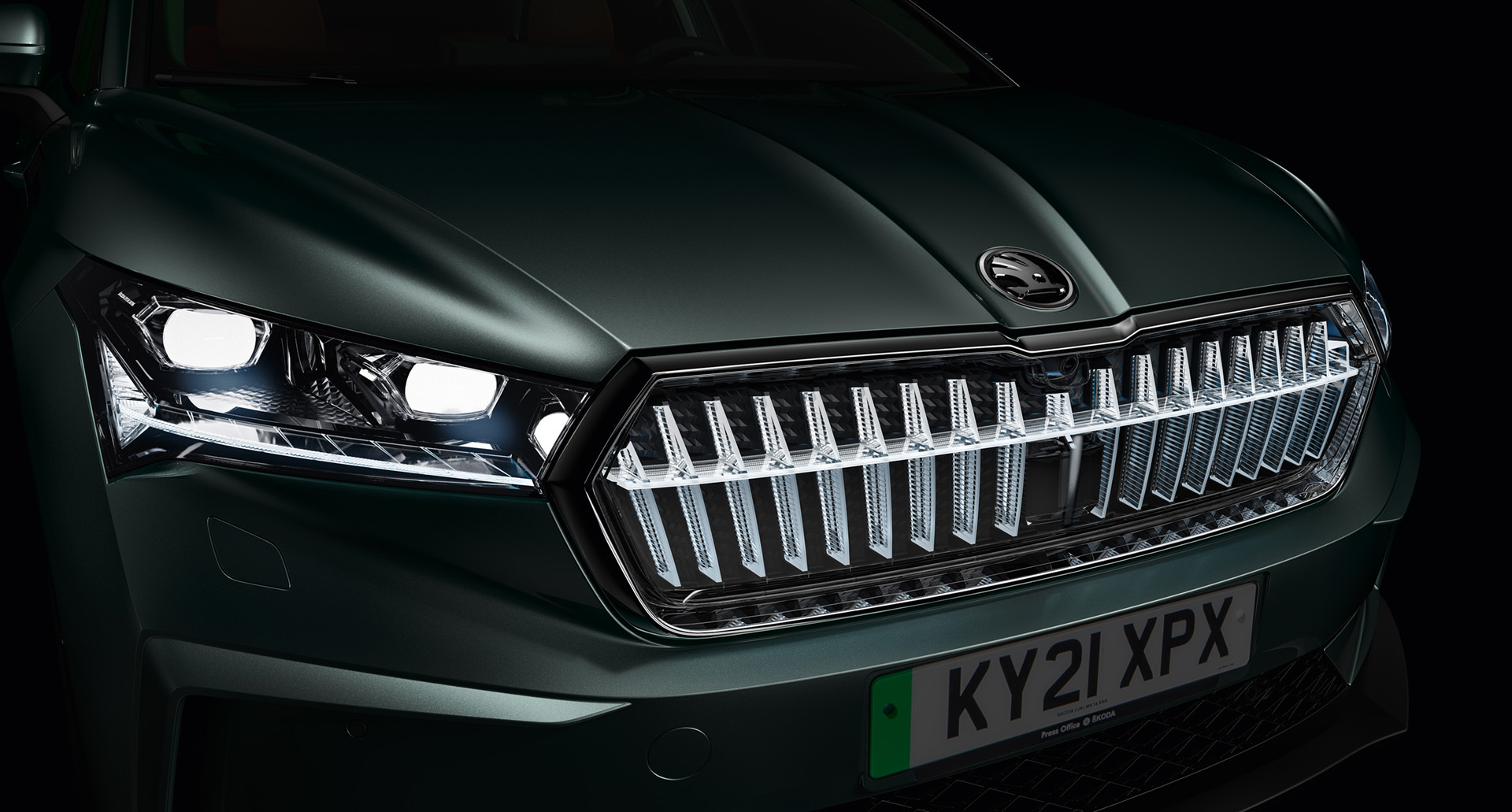 ŠKODA offer its Enyaq iV electric vehicle (EV) customers their new  ‘Crystal Face’ grille option. It’s now available to order as an option on Enyaq iV 80 models and the design takes its inspiration from the ŠKODA Vision iV concept car that made its public debut at the 2019 Geneva Motor Show.

The new grille designed for this electric crossover style sports utility vehicle (SUV) features more than 130 LEDs. These form 18 vertical ribs and a horizontal strip that runs the width of the frame, which is finished in either chrome or black.

The Crystal Face has an animated Coming/Leaving Home function. Together with the LED modules for the dipped and high beam in the full LED Matrix headlights and the daytime running lights, creates a unique welcoming light display. The Crystal Face turns on when the headlights are activated and illuminates the road ahead along with the dipped beam lights.