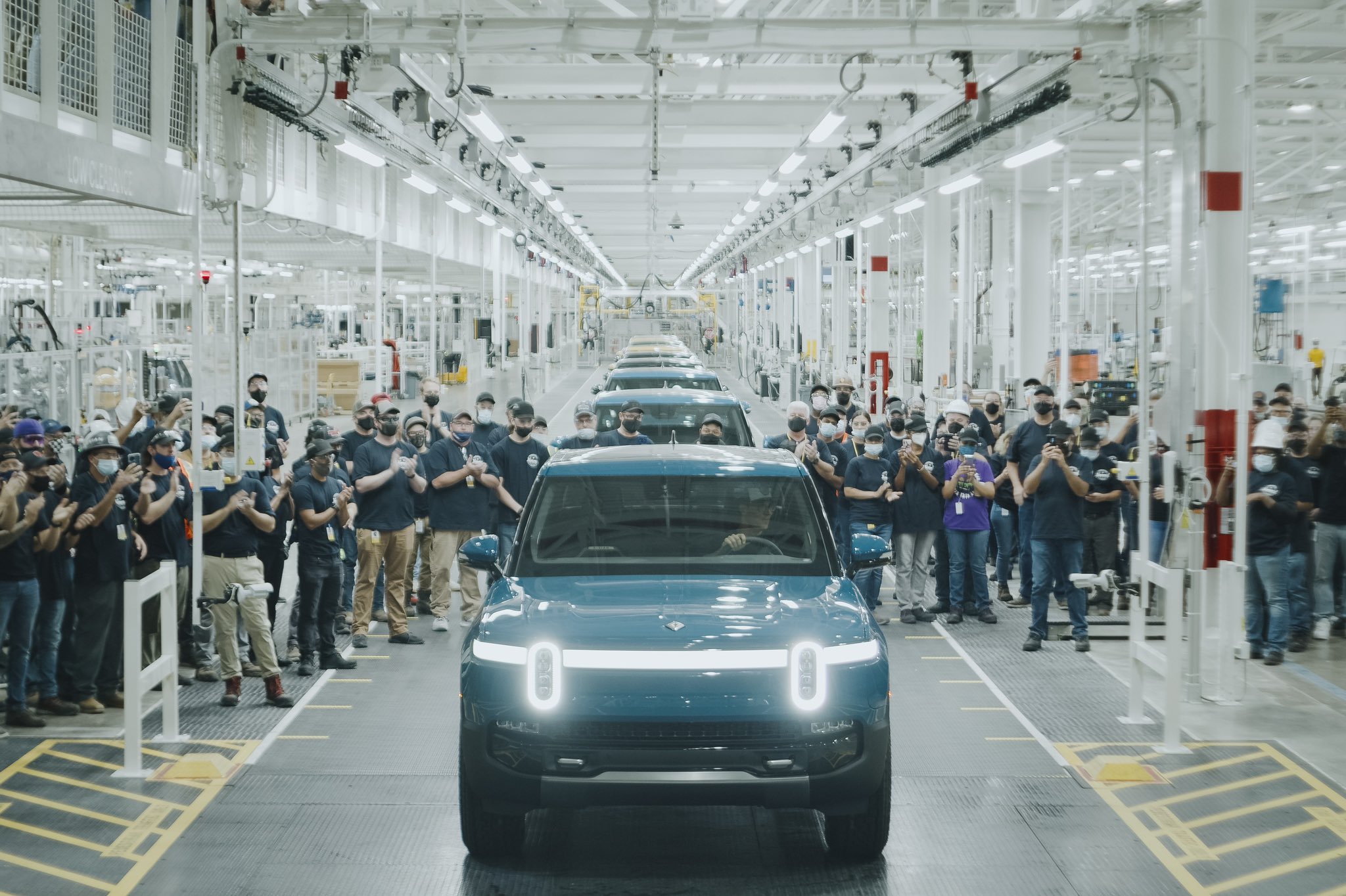 US electric vehicle (EV) start-up Rivian is now an official carmaker as it’s first Rivian R1T zero-emissions truck rolled off the line. Rivian CEO, RJ Scaringe, took to Twitter to make the announcement about the first all-electric R1T truck coming off the line at the company’s factory in Normal, Illinois.

This marks a big milestone Rivian which has been 10 years in the making. Rivian first revealed its R1T truck and R1S sports utility vehicle (SUV) three years ago when the company was still relatively small with around 600 employees. The rapidly expanding company now have 8,000 people working for them.

The Normal, Illinois plant was originally the Diamond-Star Motors factory which was a joint venture between Mitsubishi and Chrysler. Now, it produces zero-emission vehicles, and despite delays because of worldwide component shortages, first deliveries of the electric truck are expected to start later this month.

In doing this, Rivian has become one of the first carmakers to bring an electric truck to market. In the process, Rivian has beaten many of the big names including Alpha, Ford, General Motors and Tesla, who all have zero-emissions trucks on the way. The electric truck market is looking to be huge in the US.

While the first truck is rolling off the line in the US, the company are currently looking at expanding. The company recently trademarked the names for six new models. These include R3S, R4S, R5S, R3T, R4T and R5T with the ’S’ models representing sports utility vehicles (SUVs) and the ‘T’ models will be pick-up trucks.

Along with this Rivian, the company who have raised an impressive $10.5 billion since starting 2019, and has backers including Amazon and Ford, were in talks with UK ministers last month about opening a factory at a site close to Bristol.

RJ Scaringe, Rivian CEO, said on Twitter: “After months of building pre-production vehicles, this morning our first customer vehicle drove off our production line in Normal.

“Our team's collective efforts have made this moment possible. Can't wait to get these into the hands of our customers.”