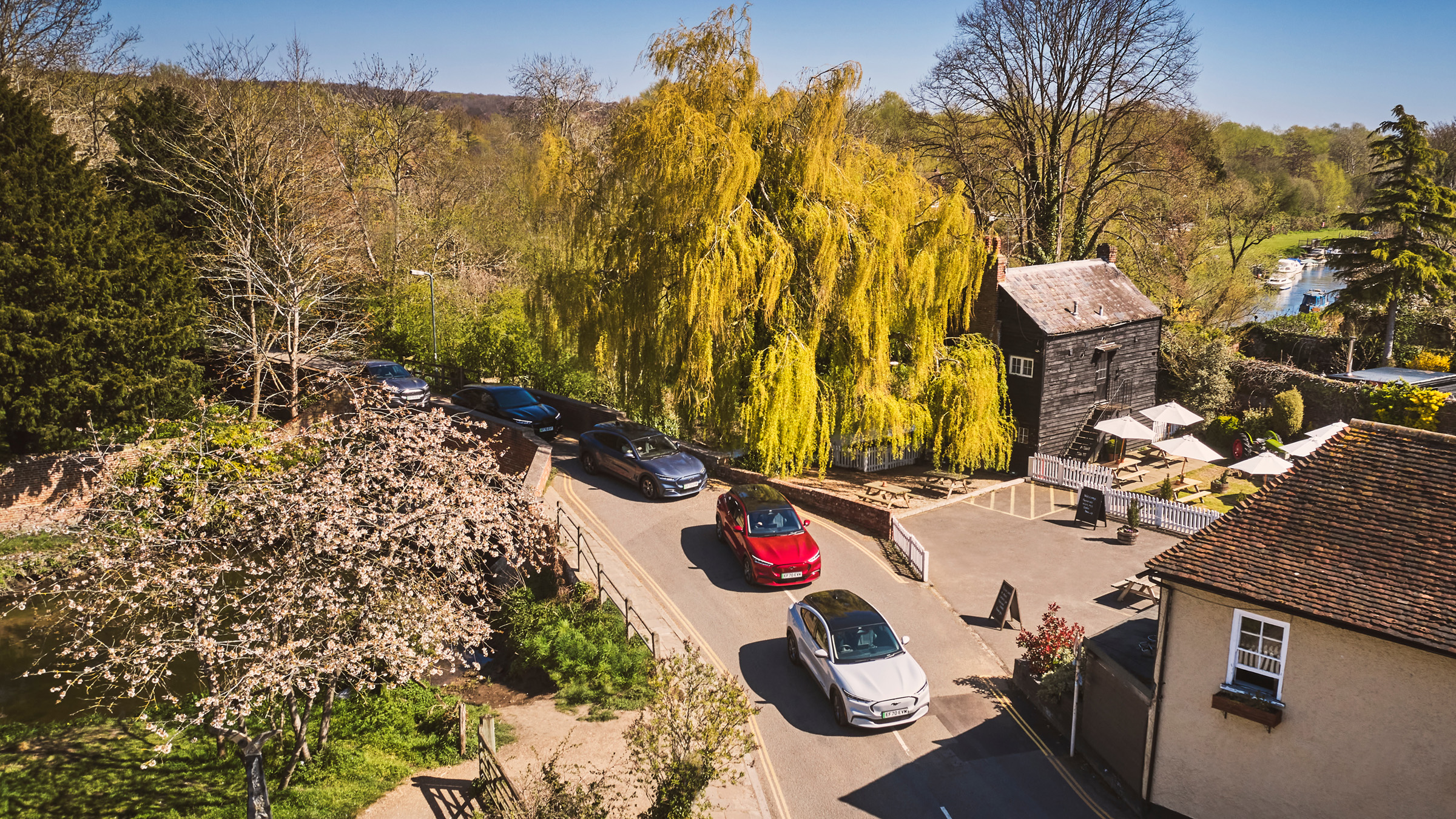 Ford UK is challenging the population of Fordwich, Britain's smallest town, to switch to driving electric in the new all-electric Ford Mustang Mach-E. This comes as new research shows a large majority of those in the countryside (82%), small towns (79%) and villages (76%) would not feel confident purchasing an electric vehicle (EV) as their next vehicle, if the ban on petrol and diesel cars happened next week.

Over this weekend, the residents of the aptly named Fordwich will be some of the first to try out the new Mustang Mach-E as they take part in this unique three-day mass test drive around the Kent countryside. This is the perfect way to help people understand the benefits of driving electric cars and how easy they are to drive and live with.

Other findings from the research, taken from Ford’s Go Electric consumer sentiment report, reveals a considerable lack of confidence and information on EVs. This is particularly so in rural areas and small towns such as Fordwich. Just 55 percent of those living in small towns, villages and the countryside felt they had enough information to make an informed decision about buying an EV. This compares to 85 percent of those living in cities, urban areas and large towns.

With the move to electrification gathering pace, Ford recognises the need to take consumers on an electric journey. They hope to inspire confidence by putting the Mustang Mach-E into the hands of Fordwich for them to try driving electric firsthand.

To encourage Fordwich residents to make the switch to driving electric in the long term, Ford has partnered with British Gas to install a public charging point in the town. Charging is often cited as a concern and barrier to EV adoption, with those in small towns (63%) and the countryside (74%) saying that there aren’t enough charging points. The new charging point is located at The Fordwich Arms, a local gastropub.

Lisa Brankin, managing director of Ford of Britain and Ireland, said: “We are incredibly excited to introduce our all-electric Ford Mustang Mach-E. Ford is committed to helping our current and future customers to go all-in on the road to a fully electric future by supporting them on that journey. Over the next few days, we want to show how even the smallest town can make the electric switch.”

Philip Lewis, Local Councillor and Mayor of Fordwich added: “What a fantastic way to get people to try out an electric vehicle. We are so proud of our town and preservation is something that is incredibly important to us so we were keen to see how simple it would be to switch over to a more environmentally friendly vehicle. It’s great to see so many people signed up over the next few days and we are thrilled to have a local charging point installed for long term public use.”

Lauren Vazquez, EV installation engineer at British Gas, said: “British Gas is committed to delivering the infrastructure needed for the electrification of all modes of transport. We know that it’s vital that we enable the switch to electric vehicles as quickly as possible and we will continue to work with our partners such as Ford to make this happen all over the UK.”