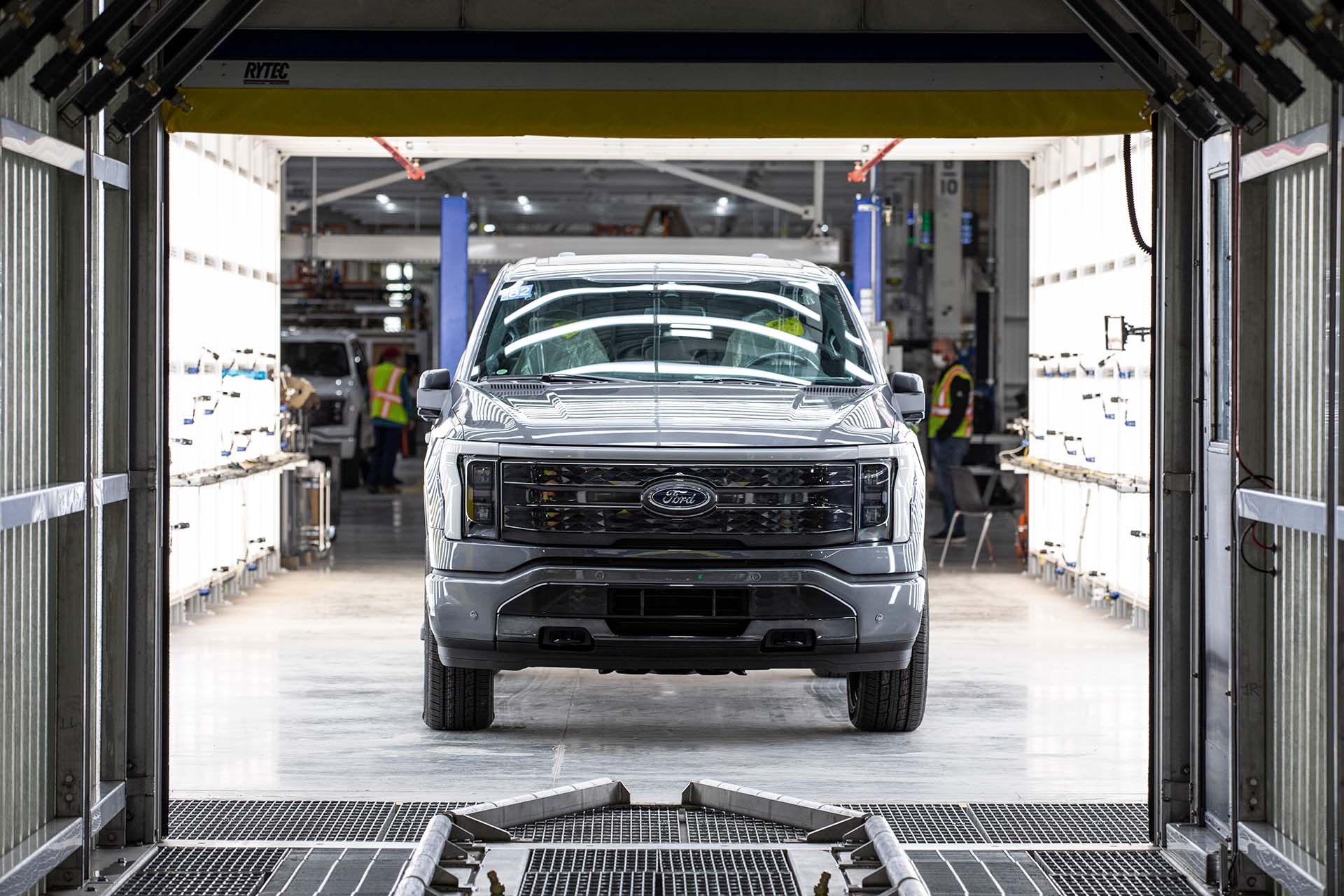 Ford doubling the production of its F-150 Lightning electric vehicle (EV) to 150,000 units per year

Ford Motor Company have announced it is planning to nearly double production of the F-150 Lightning electric pickup in the USA which is produced at the Rouge Electric Vehicle Center in Dearborn, Detroit. The company now plans to produce 150,000 trucks per year to meet the high demand for the first all-electric version of America’s best-selling vehicle, the F-Series.

Kumar Galhotra, president of The Americas & International Markets Group, Ford Motor Company, said: “With nearly 200,000 reservations, our teams are working hard and creatively to break production constraints to get more F-150 Lightning trucks into the hands of our customers.

“The reality is clear, people are ready for an all-electric F-150 and Ford is pulling out all the stops to scale our operations and increase production capacity.”

To deliver this latest increase, a small task force of employees from manufacturing, purchasing, strategy, product development and capacity planning are finding ways to quickly adapt and expand production of the groundbreaking pickup.

Ford is working with key suppliers, as well as with its own manufacturing facilities Rawsonville Components Plant and Van Dyke Electric Powertrain Center, to find ways to increase the capacity of electric vehicle parts, including battery cells, battery trays and electric drive systems.

“UAW members are leading the way in doubling the amount of vehicles Ford is producing for this game-changing model of our legendary union-built vehicle.”

This week also marks the final pre-build phase before accelerating into mass production of F-150 Lightning trucks for retail customers and F-150 Lightning Pro for commercial customers. These production-level trucks will be used for testing in real-world customer conditions, collectively accumulating one million miles.

Within 24 months, Ford will have the global capacity to produce 600,000 battery electric vehicles annually. In addition to scaling Lightning production, Ford recently announced the tripling of production for the Mustang Mach-E and expects to reach 200,000-plus units per year by 2023. Ford’s all-electric van, the 2022 E-Transit, goes on sale early this year.