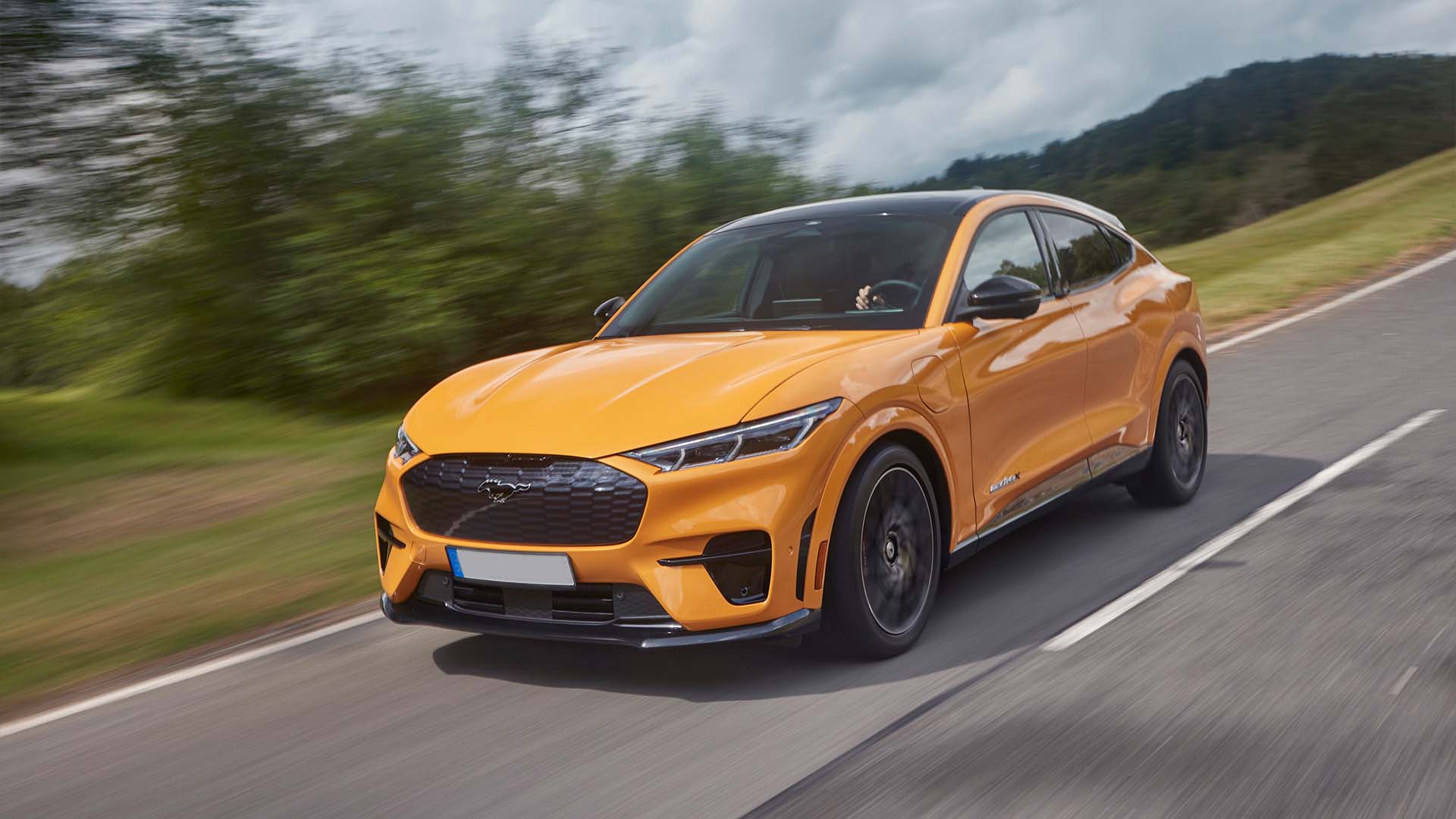 Ford Mustang Mach-E is delivered to first customers in China

Ford have delivered the first Mustang Mach-E electric vehicles to drivers in China. The Mach-E is Ford’s first electric car and the electric crossover style sports utility vehicle offers a range of up to 273 miles (439km) for the 70kWh battery version and up to 379 miles (610km) for the larger 98kWh battery model.

Among the customers to receive the vehicle is ad executive and Mustang fan Jin Zhang. He is pictured being handed the keys to his new Mach-E electric car by Mark Kaufman, Ford China BEV Division general manager, and will use his Mach-E as a family vehicle.

The locally-produced Mach-E is being sold via Ford battery electric vehicle’s (BEV’s) growing network of direct-to-customer stores located in major Chinese metropolitan markets. Currently, there are 25 such stores dedicated to the sale of Ford electric vehicles in China.

The Mustang Mach-E recently set a Guinness World Record demonstrating its ultra-efficiency between John O’Groats and Land’s End. It took the award for the lowest energy consumption in an electric car. Independently verified data showed that the Mustang Mach-E travelled over 6.5 miles per kilowatt-hour (kWh) of electrical energy.