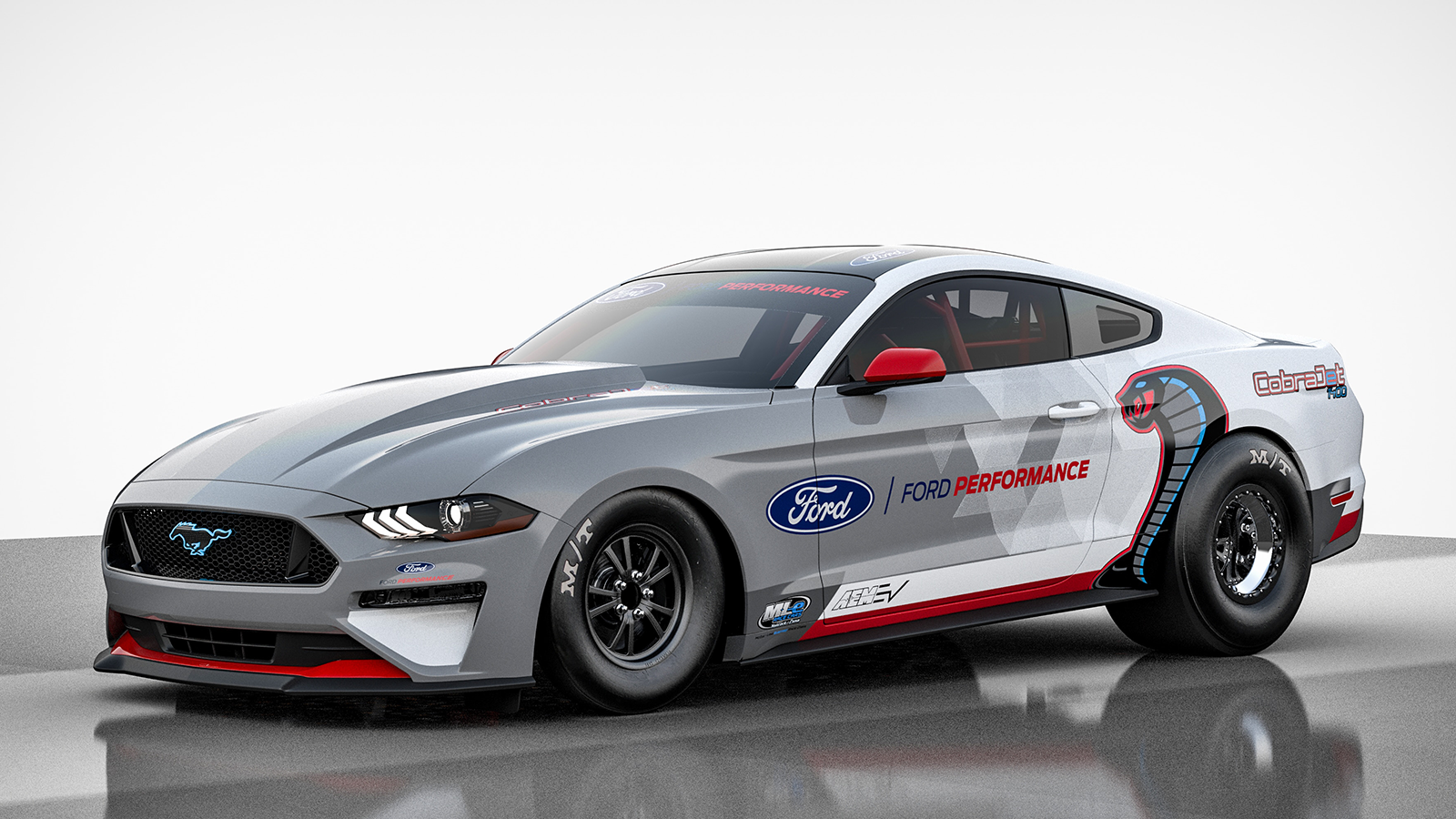 When you think of the Ford Mustang environmentally friendly and green are the last credentials that spring to mind, but their new Mustang Cobra Jet 1400 is exactly that thanks to its electric battery power. Following on from Ford’s speedy Mustang Mach-E, which they showcased earlier this year, they have taken things a step further with their latest drag racer.

The new Mustang Cobra Jet 1400 special is a drag racer that takes its name from the 428 Cobra Jet, which was a 7.0-litre V8 California Special, created by Carroll Shelby back in 1968. The new Cobra Jet 1400 was developed by Ford in conjunction with AEM EV, Cascadia, MLe Racecars and Watson Engineering.

The new all-electric Mustang racer delivers a whopping 1,502 horsepower that saw it complete the quarter mile (402m) in just 8.7 seconds while reaching a top speed of 168mph (270kph). This dragster model that was created as a special racer features a single seat and full roll cage for obvious safety reasons.

What’s good here is that during this demonstration test the only thing that was burnt was rubber from the tyres rather than gallons of polluting fossil fuels that are usually associated with drag racing. This car may not be available to the public for road use, but was a good stage which demonstrated to the petrol-head world what can be achieved with an electric car with zero emissions.