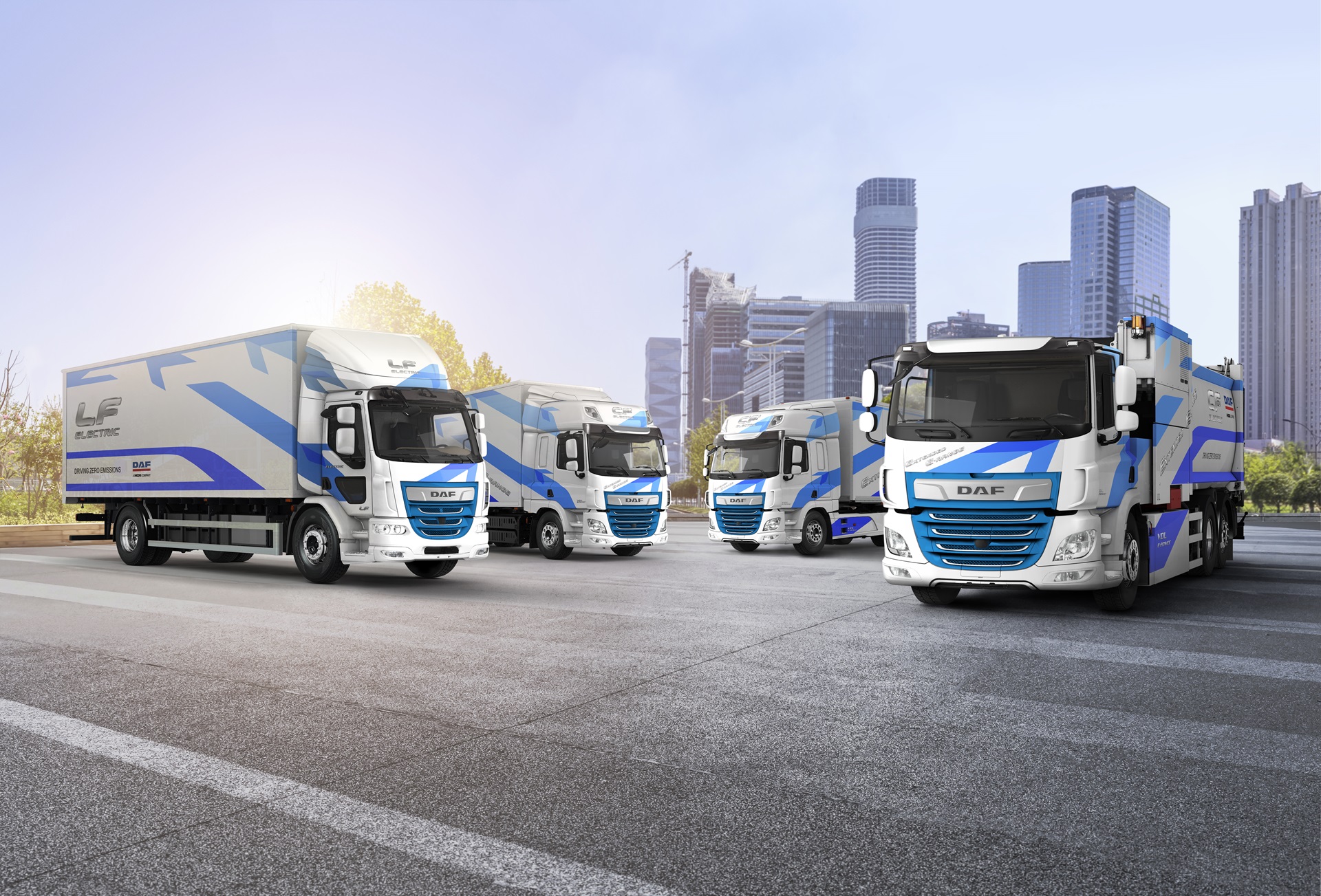 It is the UK’s first order for battery-electric heavy tractor units, as well as a first order for DAF Trucks and its new zero-emissions product offering. The order was rubber-stamped at the ITT Hub exhibition and conference in Farnborough, where right-hand-drive, UK-ready DAF CF Electric and LF Electric trucks made their public debuts.

Both models are now available to order in the UK, with models including a CF Electric 37.0-tonne GCW tractor-unit and a 27-tonne GVW 6x2 rigid, alongside an LF Electric at 19.0-tonnes GVW. It’s great to see DAF bringing these models to the UK and that forward-thinking companies like FSEW are jumping on board.

In collaboration with decarbonisation specialists, Egnida and DAF Trucks’ own electric vehicle experts, the partnership embarked upon a month-long, end-to-end appraisal of all aspects of FSEW’s business. It encompassed a detailed journey analysis and comparison of potential vehicle and charging options, including ongoing support capability.

The results were used by Egnida to create a profitable low-carbon business model for FSEW to extract maximum benefits from the DAF CF Electric and provide a zero-emissions service demanded by FSEW's own customers.

Driven by their appetite for decarbonisation, the two DAF CF Electric trucks now on order form part of an ambitious plan for FSEW to replace more than 40 diesel vehicles with low-carbon alternatives.

Once the two CF Electrics are bedded-in, FSEW’s says it will introduce a further 10 vehicles to reduce its carbon emissions by more than 50 percent in the next nine months. The company says its longer-term aim will be to hit ‘net-zero’ in two-and-a-half years.

Geoff Tomlinson, FSEW managing director, said: “It’s a change of mindset. It’s a journey which began two-and-a-half years ago and one in which the whole business is engaged. If these trucks perform as they should, and we’re fully confident of that following the painstaking evaluation programme, then we’ll be in for another ten DAF CFs.

“As a business owner involved in road transport, and as a father of two small children, I have a huge opportunity, and an obligation, to make a positive impact on our environment and I’m enormously excited at the prospect of leading the switch to zero-emissions transport.”