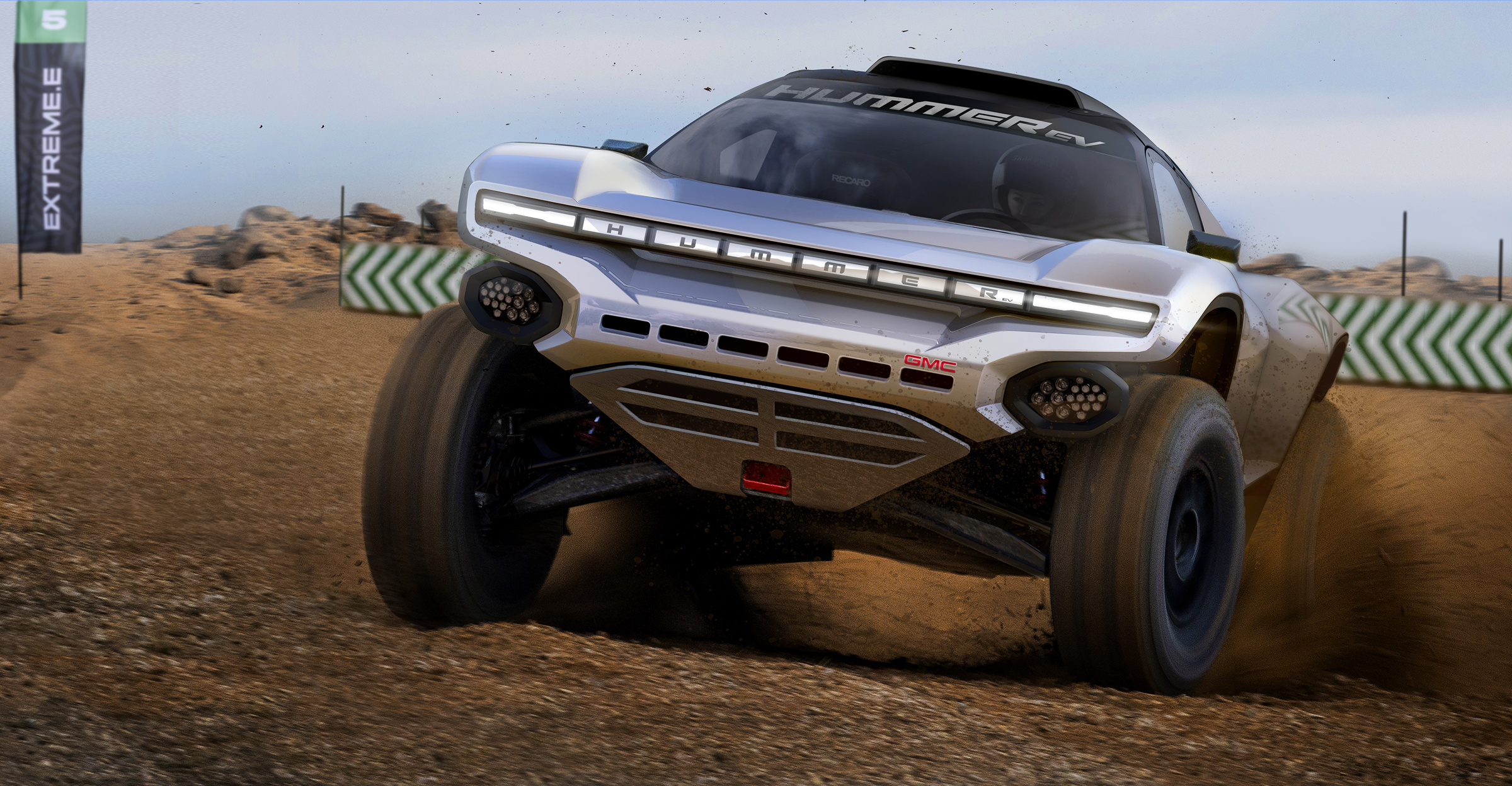 General Motors Company (GMC) have just announced a new multi-year sponsorship with Chip Ganassi Racing for the team’s first electric racing venture in the inaugural Extreme E season in 2021. CGR’s 550-horsepower electric sports utility vehicle, which features a unique grille, graphics and bodywork, was inspired by GMC’s electric Hummer that’s expected to hit the road in 2022. Noted off-road racers Kyle LeDuc and Sara Price will serve as drivers for CGR in the series.

The Extreme E series starts in April 2021 and the global five-round event will see electric sports utility vehicles competing over radical race tracks. Each location has deliberately been chosen to highlight how it has been damaged or affected by climate and environmental issues. The idea is to showcase electric car racing and promote the adoption of electric vehicles in the quest for a lower-carbon future for the planet.

Jim Campbell, GMC vice president of performance and motorsports, said: “I can’t think of a better fit than showcasing the look of GMC’s Hummer EV in Extreme E with Chip Ganassi Racing.“Both GMC Hummer EV and the Extreme E series are designed to be revolutionary, to challenge perceptions of electric vehicles and to showcase their true capability.”

Chip Ganassi, CGR team owner, said: “It’s truly an honour to represent GMC, especially during such an exciting time in auto racing. The new GMC Hummer EV is going to be a game-changer in terms of how the world views off-road EV capability, and we couldn’t be more proud to represent GMC in such an innovative new series.”