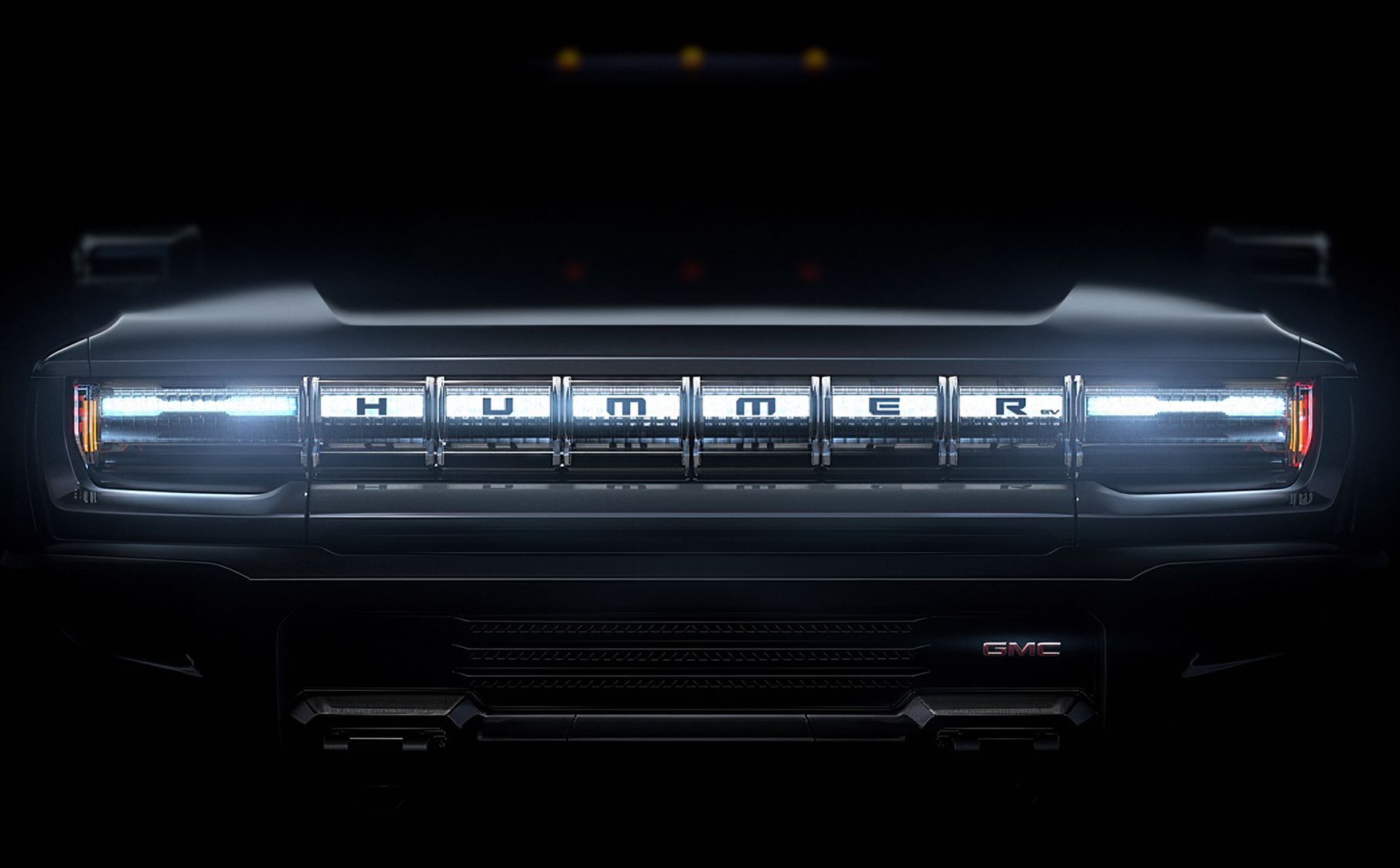 General Motors (GM) have started teasing the world about their new all-electric Hummer that will be launched on 10 October. They have produced adverts that offer a little insight into what can be expected and are using the tag line ‘the quiet revolution’ thanks to it being electric powered.  The new Hummer will be built at GM’s assembly plant in Detroit-Hamtramck, Michigan.

From what Hummer have given away there will be a sports utility vehicle (SUV) and sports utility truck (SUT) or pick-up as many will know it. It’s being suggested that it will be at the smaller end of the ‘full-size’ pick-up range. It might be small by U.S. standards, but by European standards the new Hummer will still look like a monster-sized truck.

Hummer fans will be happy that this truck will keep its classic body styling with a few tweaks bringing it into 2020. From the teaser pictures it looks less angular and friendly thanks to it open-air glass design, dubbed the open-air infinity roof, that connects the glass panelled roof and windscreen. These will be removable for a true open-air ride.

GM have announced that the new Hummer will be a mighty beast offering 775 kWh of power that translates to 1000 horsepower, which will deliver it from 0-60mph (0-97kph) in just three seconds. Not bad for such a big vehicle. There’s no official scoop on what size batteries will be used or the range. What we do know is that the Hummer will feature GM’s new Ultium batteries, which can deliver up to 400 miles (664km) of range.

The new electric Hummer will feature several different modes including ‘adrenalin mode’, which speaks for itself, and ‘crab mode’ that neatly allows all four wheels to turn so it can move sideways just like the small shelled crustacean.