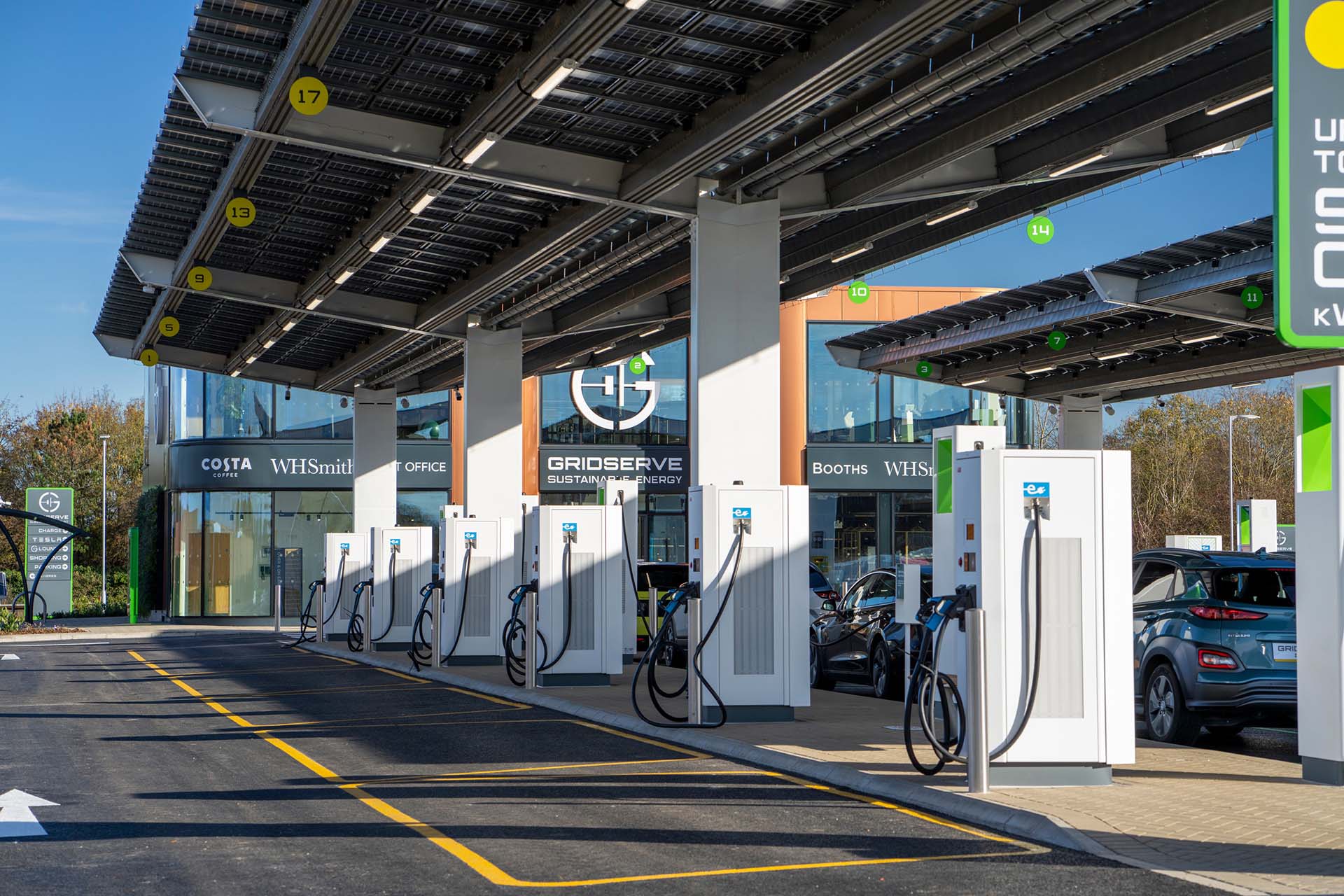 Each new Electric Hub will feature between six and twelve 350kW ultra high-power chargers with contactless payment and CCS and CHAdeMO connectors. The fast chargers will be capable of adding up to 100 miles (161km) of range in less than 10 minutes.

The charging hubs are planned to open in the second quarter of 2022 with the majority planned to be installed by the end of March. In the next phase, a further 50 additional Electric Hub sites will follow.

GRIDSERVE will also open two new ‘Electric Forecourts’ next year. This includes one in Norwich and a flagship site at Gatwick Airport, the first in the world to be hosted at an international airport.

The airport Electric Forecourt will be located on the approach to Gatwick’s South Terminal and adjacent to the M23. It will enable 36 electric vehicles to be charged simultaneously, with high-power chargers that can deliver up to 350kW of charging power.

Similar to the Electric Hubs, the chargers here will be capable of adding 100 miles (161km) of range in less than 10 minutes. Multiple charging connectors at the site will cater for all types of electric cars.

The Gatwick site is due to open in autumn 2022 and will host a café, lounge with free superfast WiFi, supermarket, children’s play area and a dedicated educational space to increase awareness around electric vehicles.

As with all of GRIDSERVE’s chargers, the site will also be supplied with low cost, 100 percent renewable net zero carbon energy generated by GRIDSERVE’s own solar farms.

Toddington Harper, GRIDSERVE CEO, said: “Our mission is to deliver sustainable energy and move the needle on climate change. Getting people into electric vehicles is a big part of our vision but to do that charging has to be simple and free of anxiety.

“We’ve designed our network entirely around the needs of drivers to deliver the confidence people need to make the switch to electric transport today. This is eight years ahead of the 2030 ban on petrol and diesel cars.”