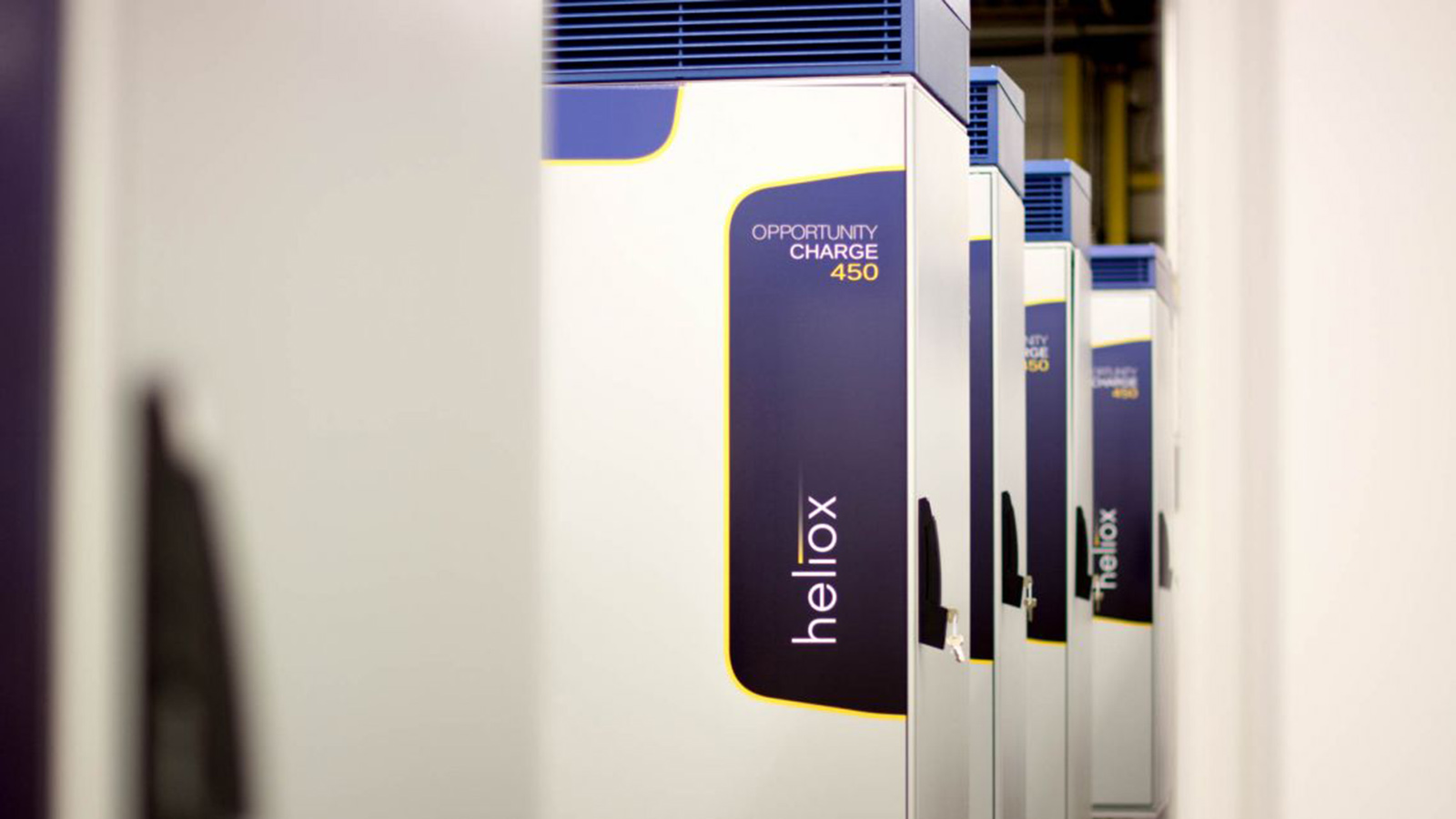 Dutch charging company, Heliox, who power a total of 6.3 mega watts in the city of Wiesbaden, has launched its first batch of 56 chargers in the city. These are now fully operation for use by the new Daimler eCitaro electric buses.

At the Gartenfeldstraβe bus depot in Wiesbaden the chargers have been cleverly located because space is limited. The set-up, which features chargers located at regular intervals, allows the electric buses to neatly queue, plug-in and recharge ready to return for action in the city.

With such limited space the charging pillars had to be adapted to fit the narrow access at the depot. Heliox simplified access to its CCS chargers by moving the interface and the control button to the front of the pillars. Communication between the charging system and the depot management system has also been changed. Charger connectivity was also improved making it possible to begin earlier pre-conditioning of the bus.

The Wiesbaden project is Heliox’s largest implementation of charging infrastructure for public transport in Germany. They are also working on similar constructions in

Darmstadt and Bonn, and are involved with electric truck charging in the US and the electric ferries in Copenhagen are powered by Heliox chargers.

Sebastian Winner, business development manager DACH, said: “The implementation in Wiesbaden shows Heliox’s capability to be flexible and to come up with solutions that help ESWE Verkehr Wiesbaden to improve the uptime and charging speed of their electric bus fleet. We are very happy that we have been given the opportunity to contribute to the electrification of public transport in Wiesbaden.”

Sebastian Aring, project manager at ESWE Verkehr in  Wiesbaden added: “Together with Daimler Buses and IFY, the partnership resulted in getting the optimum when it comes to keeping  our bus depot flexible and operational at the same time”.