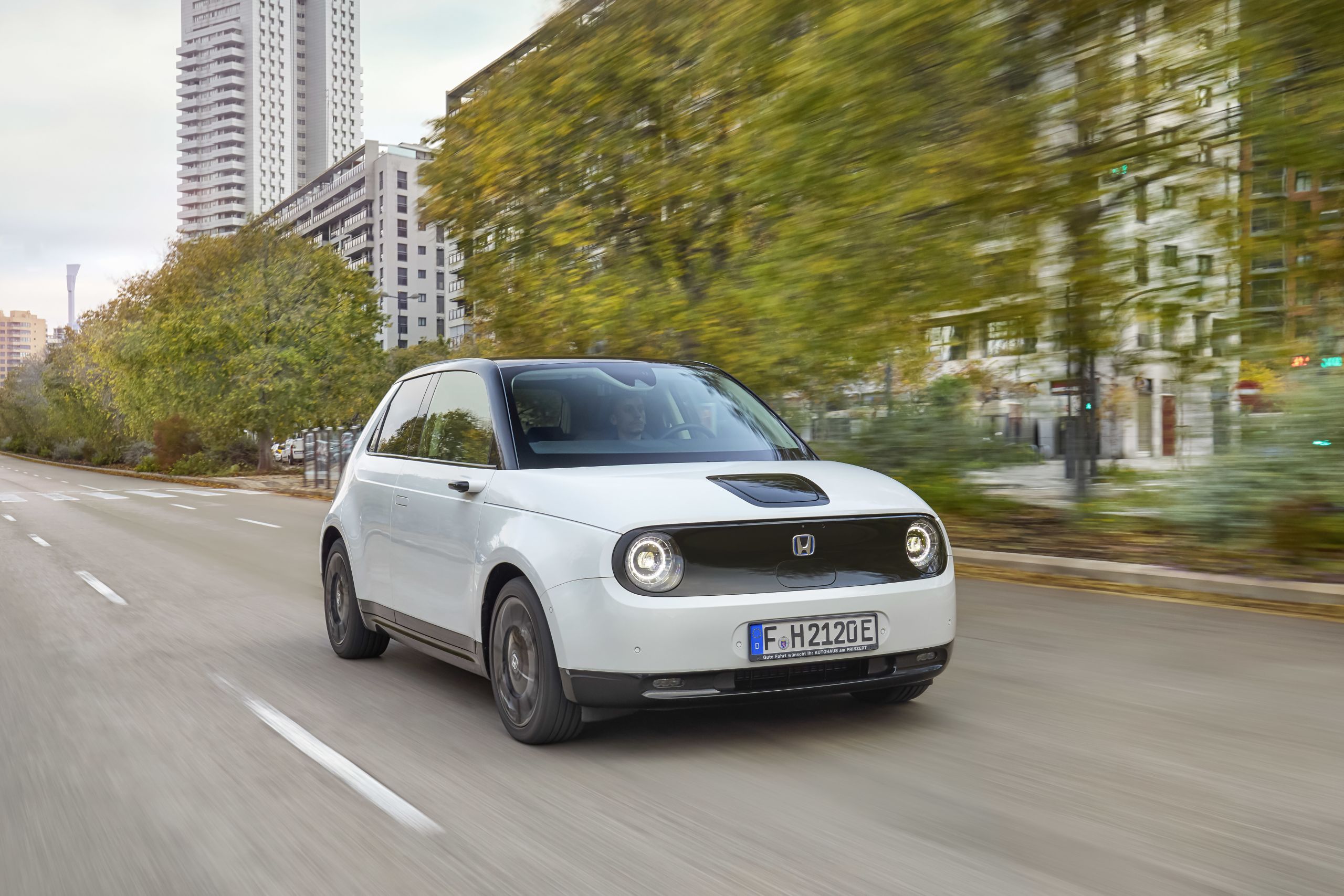 The Honda e has been named German Car of the Year 2021 in the country’s prestigious annual Car of the Year Awards. In the process it became the first vehicle from a Japanese brand to do so. The Honda e, which was launched earlier this year and has already become a big hit with its cool contemporary style, was also the winner in the New Energy category.

The German Car of the Year awards are judged by Germany’s leading car journalists. The panel tests and reviews the latest cars, ranking them according to their usability, driving characteristics, market relevance and level of innovation. The winners of five categories that include Compact, Premium, Luxury, New Energy and Performance then go head-to-head to decide the overall winner.

It’s good to see the motoring world appreciating zero-emission electric cars for their style, performance and green credentials. This makes the overall win for the Honda e even sweeter, especially because it beat many highly regarded combustion engine cars from the big brands.

This award comes after the Honda e triumphed in Autocar’s 2020 Awards where it took top honours in the Best Car Tech category. The neat looking compact electric car was also named City/Small Car of the Year at the News International Motor Awards 2020.

Katsuhisa Okuda, CO and President of Honda Motor Europe, said: “For Honda e to be the first Japanese car to be awarded German Car of the Year is a great honour and one we are incredibly proud to receive. Customer and media response to the Honda e since it was first unveiled has been overwhelmingly positive.

“The Honda e is a perfect example of a product with a unique design, featuring cutting-edge technology and advanced intelligent connectivity to keep owners connected with their everyday life. We are very thankful for this award.”

Tomofumi Ichinose, Honda e Large Project Leader, said: “Honda e represents a new type of mobility where the car plays a central role in creating a seamless connection between various facets of life. Honda e was also developed to be the best urban commuter in response to environmental issues, especially in city areas.