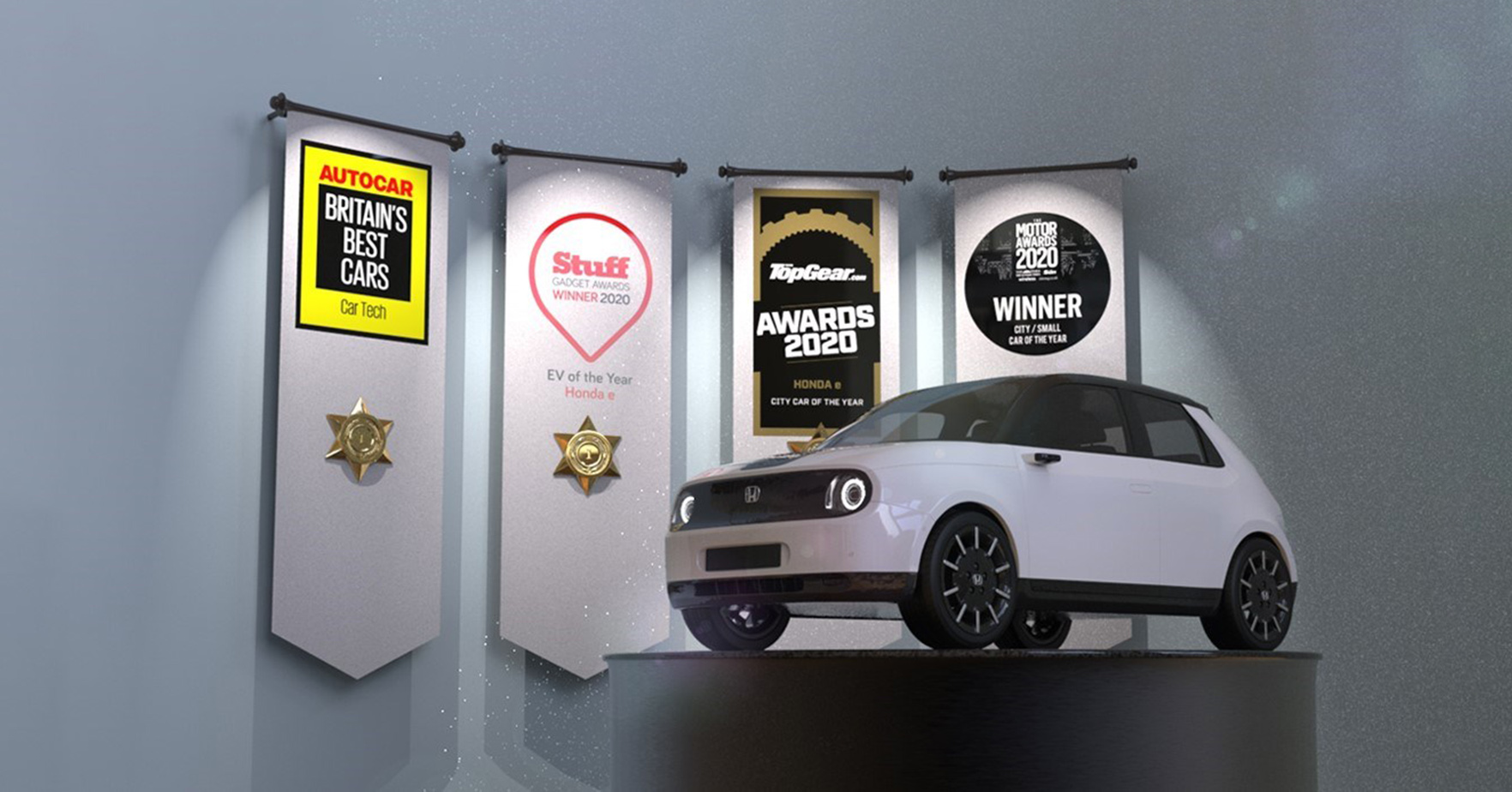 Japanese electric car maker finishes the year with another award

The unique and neat looking Honda e continues to impress taking top honours in Stuff magazine’s Gadget Awards 2020. The compact city car won the Best Electric Vehicle category fending off competition from established and new-start electric manufacturers, including Porsche with its Taycan and Polestar with its Polestar 2. The Honda e is no stranger to awards despite only being launched earlier this year. It was crowned best City/Small Car of the Year in the News International Motor Awards 2020. Here it dominated a category beating several big-name combustion engine cars as well as other established electric car models.

Here the Honda e was commended for its manoeuvrability in urban environments, responsive motor and overall ride quality. The judges also like the Honda e because of its zero-emission powertrain and its compact size.

The Honda e also took the win in BBC Top Gear’s awards in the City Car of the Year category. Once again it was up against other electric cars, hybrids and combustion engine cars. They described it as the perfect tool for the job when it comes to shorter journeys in and around the city.

Another win for the Honda e was from Autocar, who are a leading UK weekly automotive publication, in its Best Car Tech category. This category honours technologies and assistance systems that aid driving, be it in an urban or rural environment. Judges here praised the wider field of view offered by the Rear Camera Safety System (RCSS) over traditional mirrors, and the combination of hardware and software still rarely seen in the automotive industry.

The Honda e has also been a winner in Europe taking the German car of the Year 2021 award, Red Dot’s Best of the Best 2020 award for ground-breaking product design and Red Dot’s 2020 accolade in the smart product category.

Rebecca Stead, Head of Automobiles for Honda UK, said: “It is absolutely fantastic news that the Honda e has been so greatly received by both journalists and customers alike. To collect so many awards in its first six months of being on sale is such a great achievement for that model and it bodes well for Honda’s electrified range that will be growing over the next few years.”