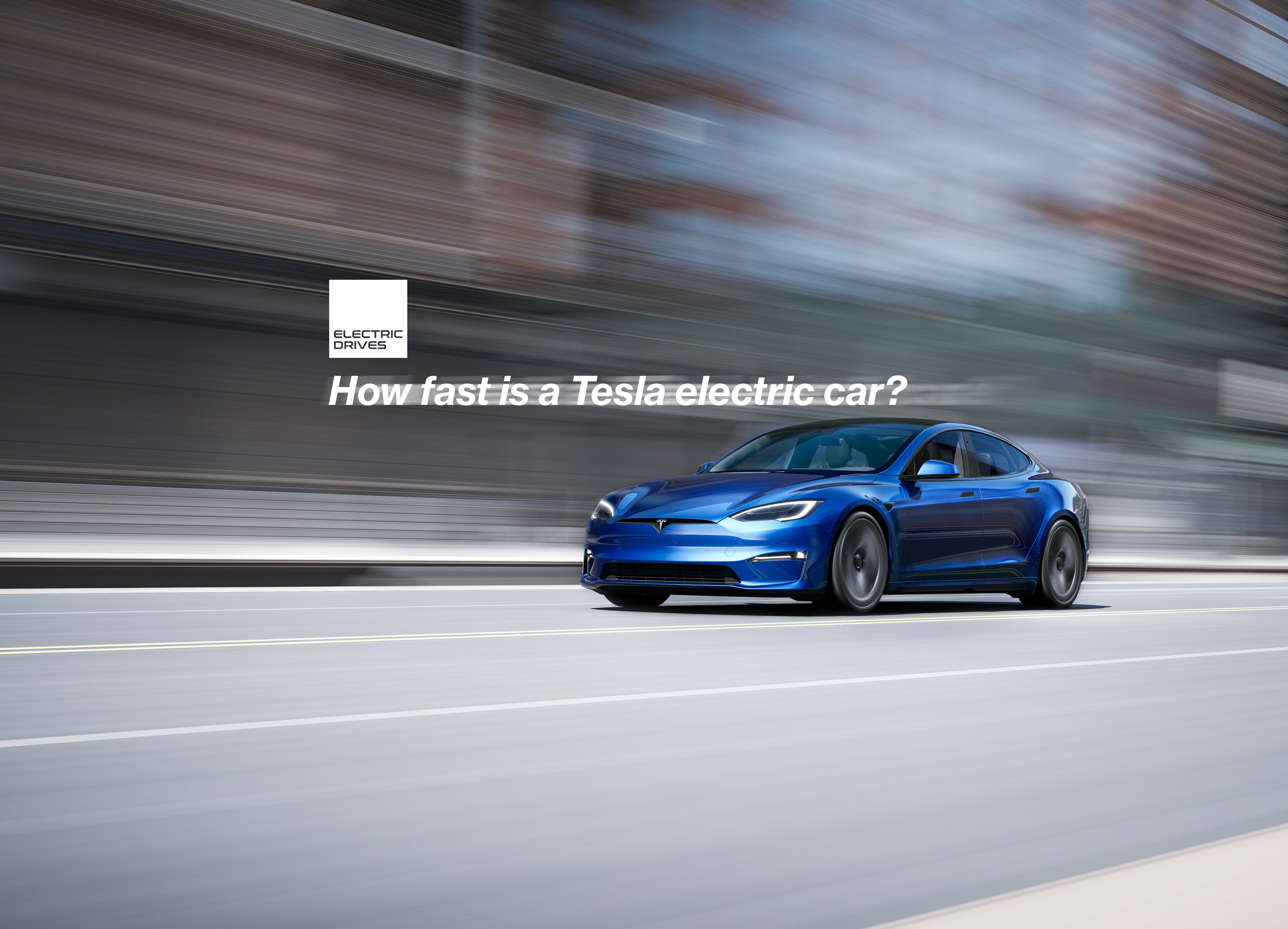 How fast is a Tesla electric car?

We often get asked about the speed of Tesla’s range of electric cars, especially from the petrolhead world who have heard a few rumours of just how fast some models are. It often shocks them when they hear about the Model S Plaid+ and Model S Plaid delivering a top speed of 200mph (322kph). These two models are currently the fastest production electric cars.

There are very few production petrol cars that can do this sort of speed and would certainly cost considerably more. In the world of zero-emissions vehicles there are a few hypercars on the way that have some impressive figures but simply don’t compete with the Model S Plaid+ on all of its class-leading speed, acceleration and range.

For example, the Lotus Evija hypercar which is still currently being developed offers a top speed of 200mph (322kph) so it equals the Model S Plaid. With a target range of 215 miles (346km) it doesn’t come close to the Model S Plaid+ when it comes to going the distance. The Plaid+ offers an impressive 520 miles (837km) of range making it an extremely practical car too.

The Lotus Evija accelerates from 0-62mph (0-100kph) in just under three seconds which is impressive but the Model S Plaid+ hits this in under two seconds. The Rimac C Two hypercar, which has a 1,914-horsepower electric powertrain, is said to hit 0-60mph (approx 0-100kph) in 1.85 seconds but this electric hypercar is currently in pre-series production.

Tesla’s Model S Plaid+ remains the top electric dog when it comes to speed, acceleration and range. What we love even more is that it’s such an understated looking car. It’s so far from being a boy racer and offers good value when you consider the complete package, especially compared to the prices of the electric cars that get close.

If the top-end Model S electric cars are way out of your price range then the Tesla Model 3 Performance has a lot to offer for those who like to go fast. It has a top speed of 163mph (262kph) and can accelerate from 0-60mph (Approx 0-100kph) in just 3.1 seconds. This model still offers an impressive range of 352 miles (566km) and costs under half of its faster sibling at £59,990.

Even the cheapest Model 3 Standard Plus costing just £30,990 can hit 140mph (225kph) and accelerate from 0-60mph (approx 0-100kph) in just 5.3 seconds. These are impressive figures compared to most electric cars from other manufacturers.

Tesla did take a preproduction Model S Plaid to the track at Laguna Seca Raceway in California in 2019 to put it through its paces. It recorded a lap time of 1:36 which was a second faster than the record for a four-door saloon car around the track. A video of this can be seen below. Tesla went back to Laguna Seca in 2020 reduced the lap time to 1:30 and claimed they could drop a few seconds on this.

The only electric car to come close to Tesla’s speedy lap time is Lucid Motors. They took their Lucid Air electric car around Laguna Seca and recorded a lap time just 1.5 seconds slower than Telsa. A video of the Lucid Air being put through its paces at Laguna Seca in 2020 and hitting a lap time of 1:31:30 can be seen below.

Telsa offer some impressive electric cars to suit all pockets and needs, and are leading the way but it will be interesting to see how things unfold once the Lucid Air hits the road. Regardless, when it comes to speed, acceleration and class, zero-emissions cars are hard to beat.