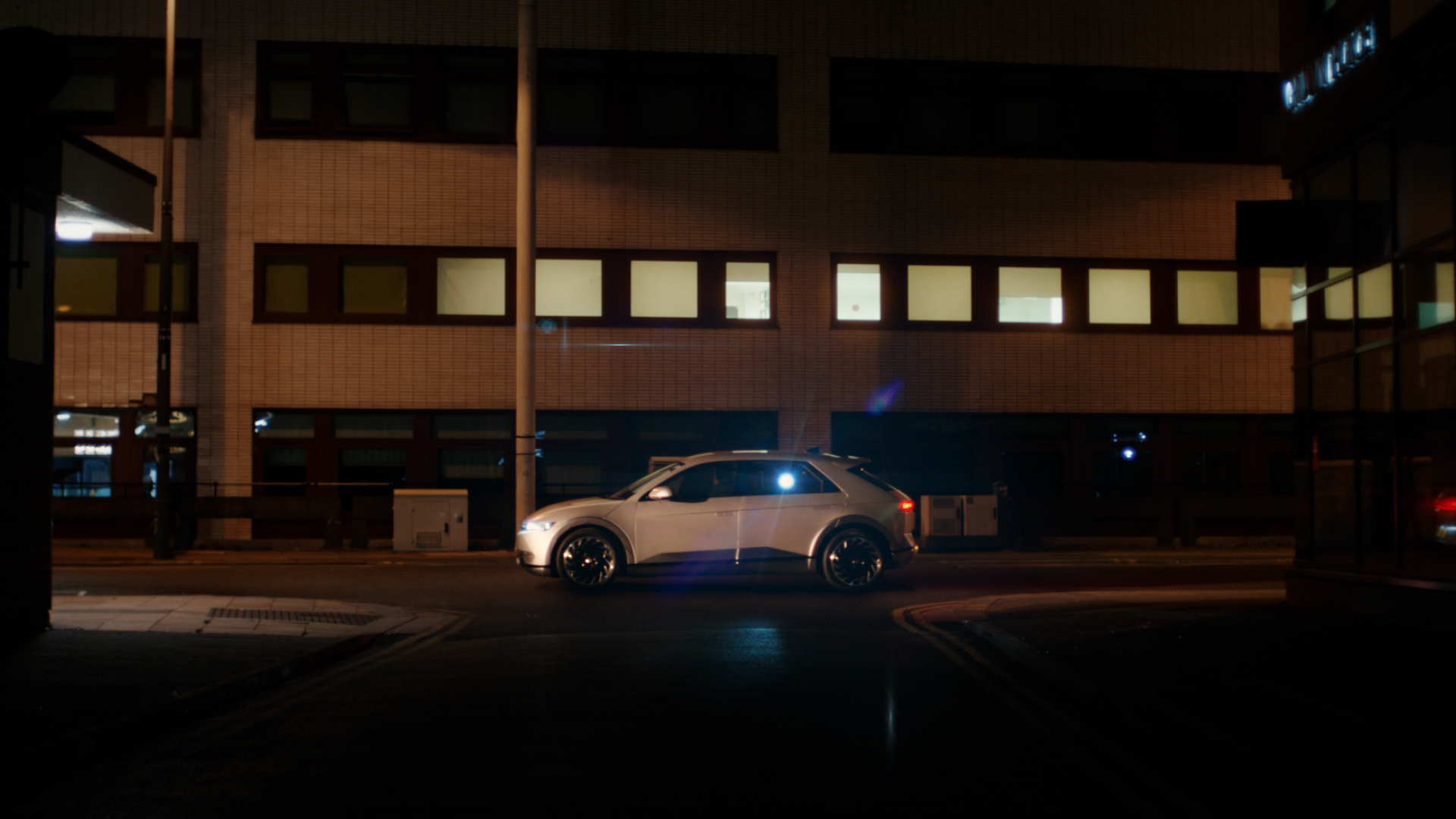 Hyundai Motor UK is bringing to life its largest ever TV sponsorship deal with new creative that transforms everyday city scenes into mobile cinematic experiences, all powered by the IONIQ 5. It will feature as part of a 12-month sponsorship deal with the British broadcaster Channel 4 for its Films on 4.

Film has the power to transport viewers, taking them to somewhere new, whether that’s a different planet or moment in time. Hyundai is transforming the world around people as part of an eleven-part series of idents, highlighting the innovative standard interior features of the IONIQ 5.

Using the unique Vehicle-to-load (V2L) technology featuring on IONIQ 5 models, Hyundai plugged a portable projector into the car and pointed it out the passenger window to celebrate iconic cinematic genres.

From a cowboy cantering along the side of a road to a flying saucer landing down the side of a tower block, the projections were filmed for real and enhanced in post-production. Other than the projector, no modifications were made to the car when capturing the footage.

The series of sponsorship idents, created by Innocean UK, focus on the striking design and technology of the real star of the show, the all-electric Hyundai IONIQ 5, as it aims to build awareness and boost perceptions of Hyundai.