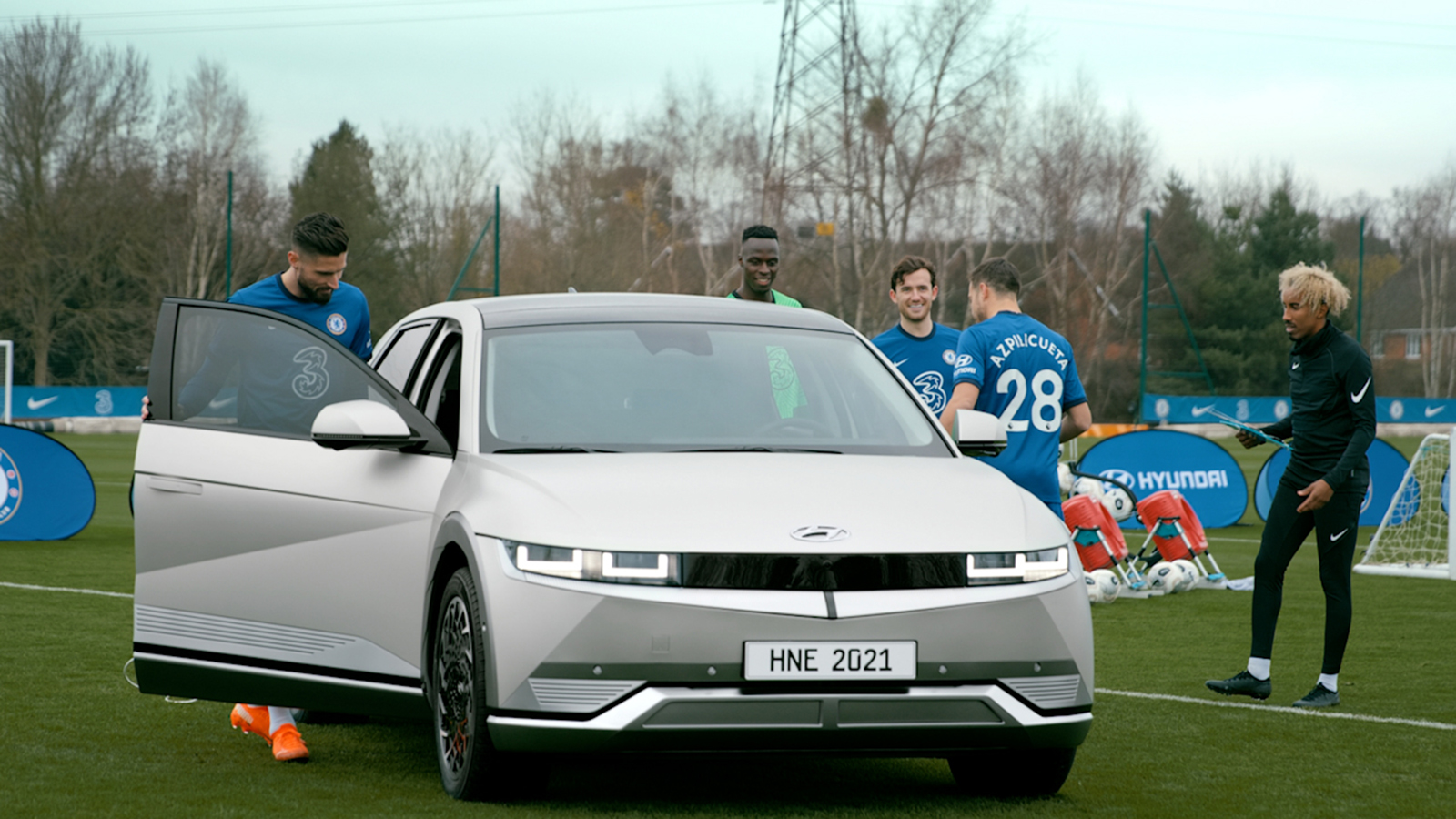 Chelsea F.C. and its star players were joined by Hyundai’s new IONIQ 5 electric car for a training session that was different from the norm. The players had dozens of footballs launched at them by a machine powered by the new electric car. Club captain Cesar Azpilicueta, goalkeeper Edouard Mendy, defender Ben Chilwell and striker Olivier Giroud were all out on pitch for the training session with a difference.

The Hyundai IONIQ 5 electric car features a clever vehicle-to-load (V2L) technology that allows bi-directional charging. This means the car’s powerful 800-volt battery can function as a 110/220-volt power outlet for electronic devices. In this case, it was used to power the Premier League side’s ball launchers.

The Premier League stars had a tricky time as the balls were hurled towards them at high speeds. The V2L function, which turns the car into a ‘charger-on-wheels’ can be used for any electric device, whether it’s scooters, electric bicycles or camping equipment.

With a 350-kW charger, IONIQ 5 can charge up 80 percent in just 18 minutes. It takes only five minutes to achieve 100km (62 miles) of range, making charging a quick and easy experience with the new zero-emissions Hyundai. This is the first time an IONIQ 5, which was unveiled this week, has been on British soil ahead of its arrival in dealerships later this year. The family car, which has a range of up to 300 miles (483km), will available for order this summer.

Ashley Andrew, managing director of Hyundai Motor UK, said: “The new IONIQ 5 is Hyundai’s first standalone electric vehicle and we wanted to show the benefits of its bi-directional charging. We thought it would be a fun idea to demonstrate the technology with our partners at Chelsea FC.

“While vehicle-to-load technology wasn’t necessarily designed to help footballers stay in shape on the training ground, it shows how versatile and useful the tech can be for motorists.”