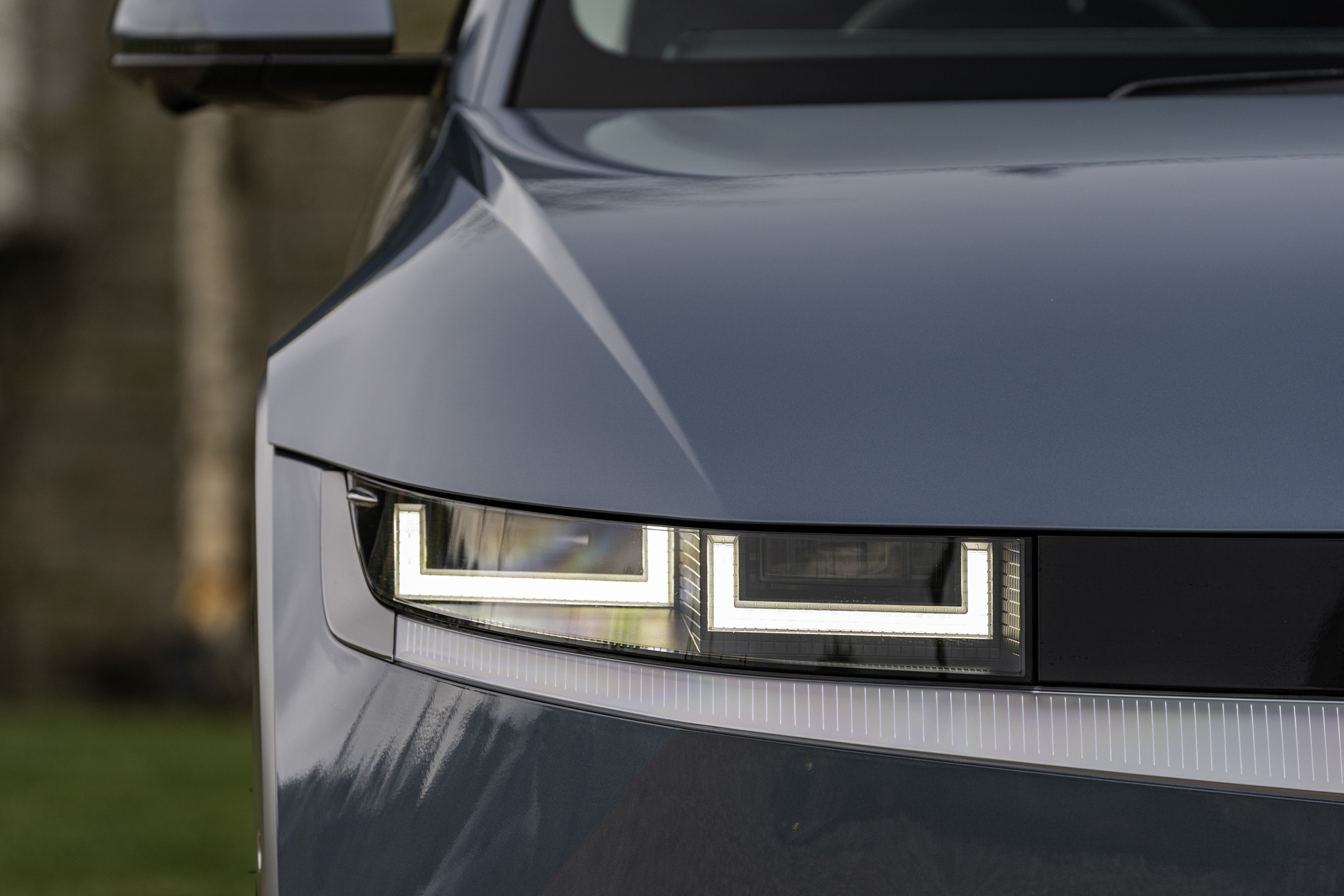 Hyundai UK announces prices and specifications for its new IONIQ 5 electric car models which start from £36,995

Hyundai Motor UK has announced the prices and specs of its new IONIQ 5 electric car starting from £36,995. This is the first electric car using the brand’s new dedicated Electric-Global Modular Platform (E-GMP).

The IONIQ 5’s design explores Hyundai’s 45 concept which was inspired by the original Hyundai Pony Coupe Concept from 1974. This zero-emissions modern version will be available in three specification levels and nine colours.

The latest car from the Korean carmaker is available in a range of choices. The most economical model is the 58kWh rear-wheel-drive version that offers a combined range of up to 240 miles (386km). Prices for this model range from £36,995 to £39,295.

The system also supports both domestic wall box charging and mainstream public 400V high-speed charging, using the motor and the inverter to convert the voltage from 400V to 800V for optimised charge times whenever possible.

It’s great to see Hyundai’s continuing its move into the world of zero-emissions driving. Along with their hugely popular Kona Electric and IONIQ models, they have announced they’ll have several new electric cars soon, with 10 electric models available in the US by 2022.

Ashley Andrew, managing director at Hyundai Motor UK, said: “Hyundai is at the forefront of zero-emission vehicle technology and is recognised as a leader in producing highly efficient electric vehicles.

“With IONIQ 5, we’ve taken this expertise and combined it with the highest level of progressive design to produce what has already become one of the most desirable models in our history. IONIQ 5 doesn’t change the game, it moves our electric vehicle offering on to a whole new level.”