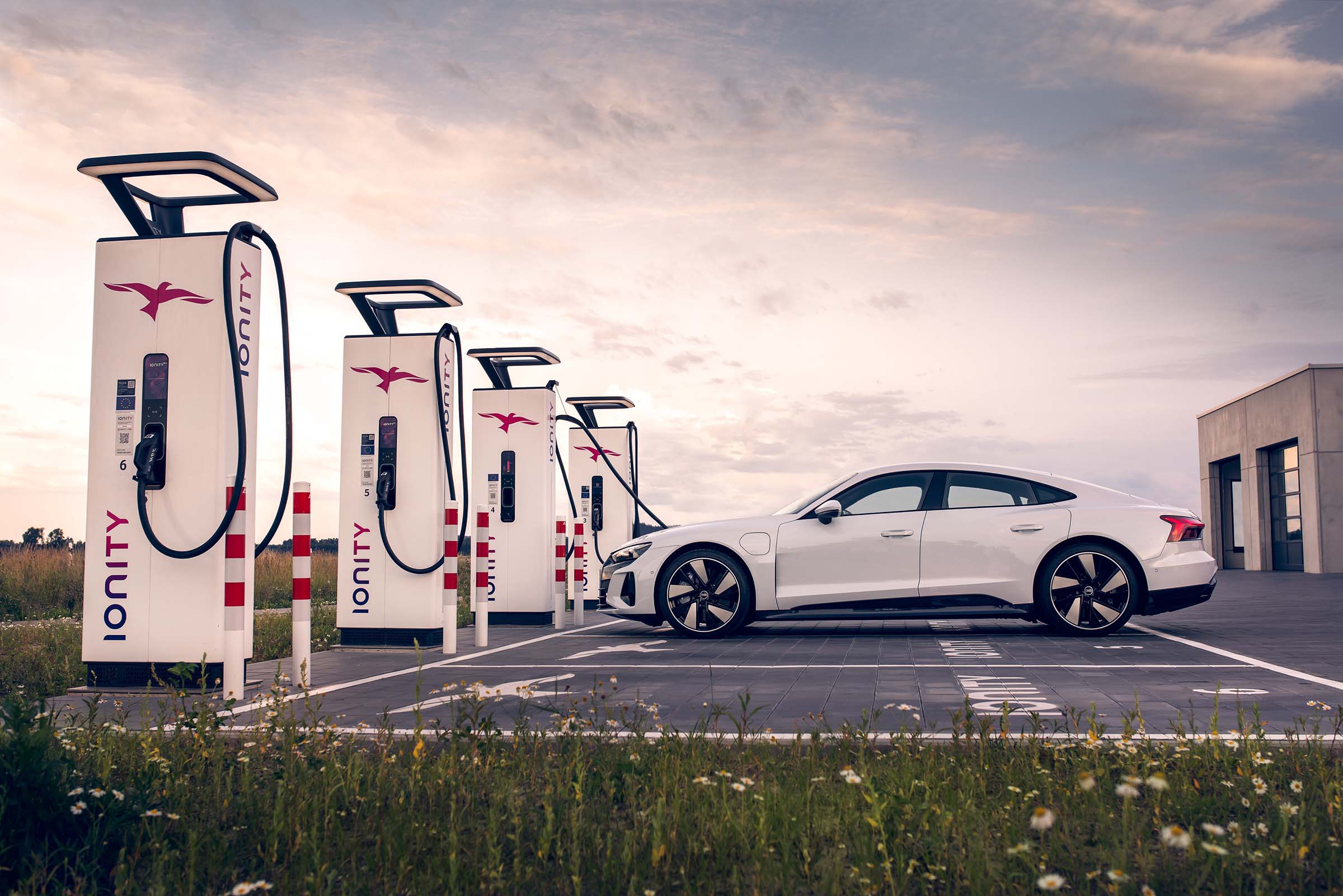 IONITY will create 5,000 new fast charging points for electric cars across Europe by 2025

IONITY is investing around 700 million euros to install more than 5,000 additional fast-charging points by 2025. The joint venture in which Volkswagen, with its Porsche and Audi brands, has a stake, is creating more than 1,000 locations for fast charging at up to 350kW.

A new flagship concept from IONITY and the new “Plug & Charge” functionality available on Audi e-tron models are designed to enhance convenience and the charging experience.

The success of emobility is dependent on the charging infrastructure, which is why IONITY, Europe’s largest open high-power charging (HPC) network located in 24 countries, is investing 700 million euros in its fast-charging network for electric vehicles (EVs).

The joint venture in which Audi has a stake will increase the number of high-performance 350kW charging points from more than 1,500 at present to around 7,000 by 2025.

The chargers are no longer just being built only along motorways but also near major cities and along main roads. As a result, the number of charging locations is also increasing from just under 400 at present to more than 1,000.

In addition, IONITY plans to expand many of the existing locations, especially those that see a large volume of traffic. New sites will have six to twelve charging points to reduce charging and waiting times for users.

The company will also acquire more of its own land to build and operate service stations. Whether it’s covered charging stations or complete charging facilities including dining options and stores, IONITY wants to enhance the customer experience.

Markus Duesmann, AUDI AG chairman of the board of management, said: “We are transitioning our product range to electric cars in all of our core segments. This is a major change, but I see it as an even greater opportunity.

“More than ever before, it isn’t just the product that matters, but the entire ecosystem. With its focus on advancing and improving the charging network offering, IONITY’s massive expansion will play a key role in making electric vehicles more attractive.”

IONITY’s network of fast-charging stations located throughout Europe is a cornerstone of the e-tron Charging Service, Audi’s own charging service. Using just one charging card, this service currently offers access to more than 280,000 charging points in 26 European countries.

In this context, users benefit from preferential terms when using the IONITY network. Charging costs only 31 cents per kilowatt-hour, which is roughly equivalent to the cost of charging at home in Germany.