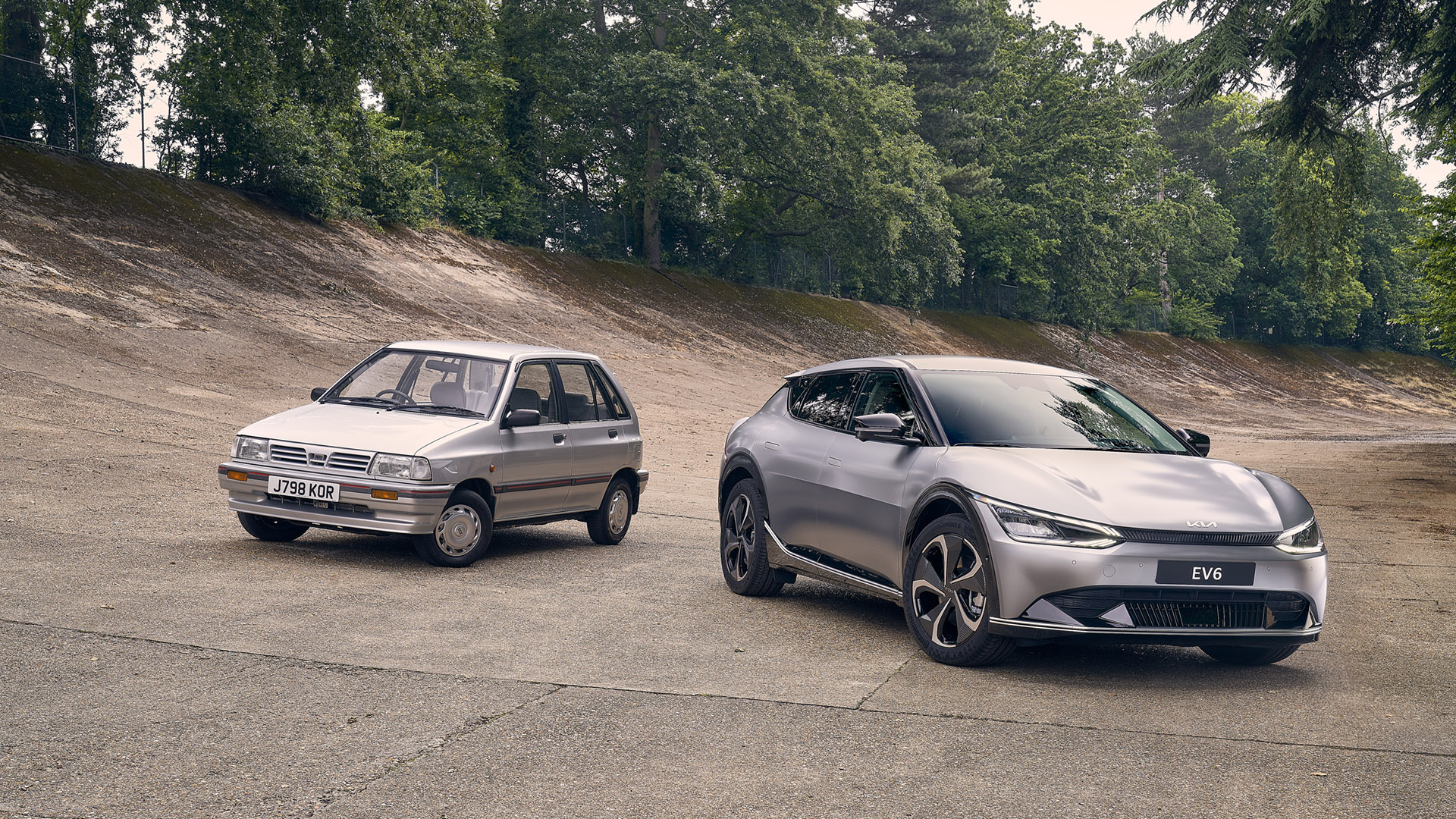 Kia is celebrating its 30th year of sales in the UK today. The Korean carmaker has flourished from a single-model debut in 1991 to enjoying its highest-ever market share today as Kia UK Limited. The brand is also charging ahead to a more sustainable future with the introduction of more electric vehicles (EVs).

Kia marked the occasion with a photoshoot of its most important historic models on the banking at the historic Brooklands motor racing circuit. The banking is less than 300 metres from Kia UK’s previous headquarters, first established when the business became a wholly-owned subsidiary of Kia Corporation in 2002. Kia UK Limited is currently headquartered in Walton-on-Thames, Surrey.

Now, as the brand transitions to electric power, Kia plans to launch an 11-strong EV line-up by 2026. This includes seven dedicated all-electric models. The company is also targeting 1.6 million eco-friendly vehicle sales globally by 2030. Currently, Kia has the e-Niro, Soul EV and EV6 in its all-electric line-up.

This is all part of Kia’s ‘Plan S’ strategy announced last year. This looks at the future and electrification of its vehicles, strengthening its purpose-built vehicle (PBV) business and expanding its role as a future mobility services provider. It’s good to see that Kia are moving with the times and looking forward to a cleaner more sustainable future.

Paul Philpott, President & CEO of Kia UK Limited, commented: “It’s incredible to look at the rate of progress we have enjoyed over the last three decades. Our product line-up is increasingly populated with hybrid and electric vehicles, and we’re embarking on an ambitious strategy to launch a range of dedicated new EVs over the next five years.

“The first of these will be the Kia EV6, which arrives in UK showrooms later this year. Kia’s presence in the UK in 1991 is almost unrecognisable today, and our long-term strategy will mean we continue to evolve and adapt in line with the changing needs of British customers over the next 30 years.”

Kia also revealed its new logo and ‘Movement that inspires’ brand identity at the start of 2021. The first models to feature the new logo will arrive in the UK later this year.