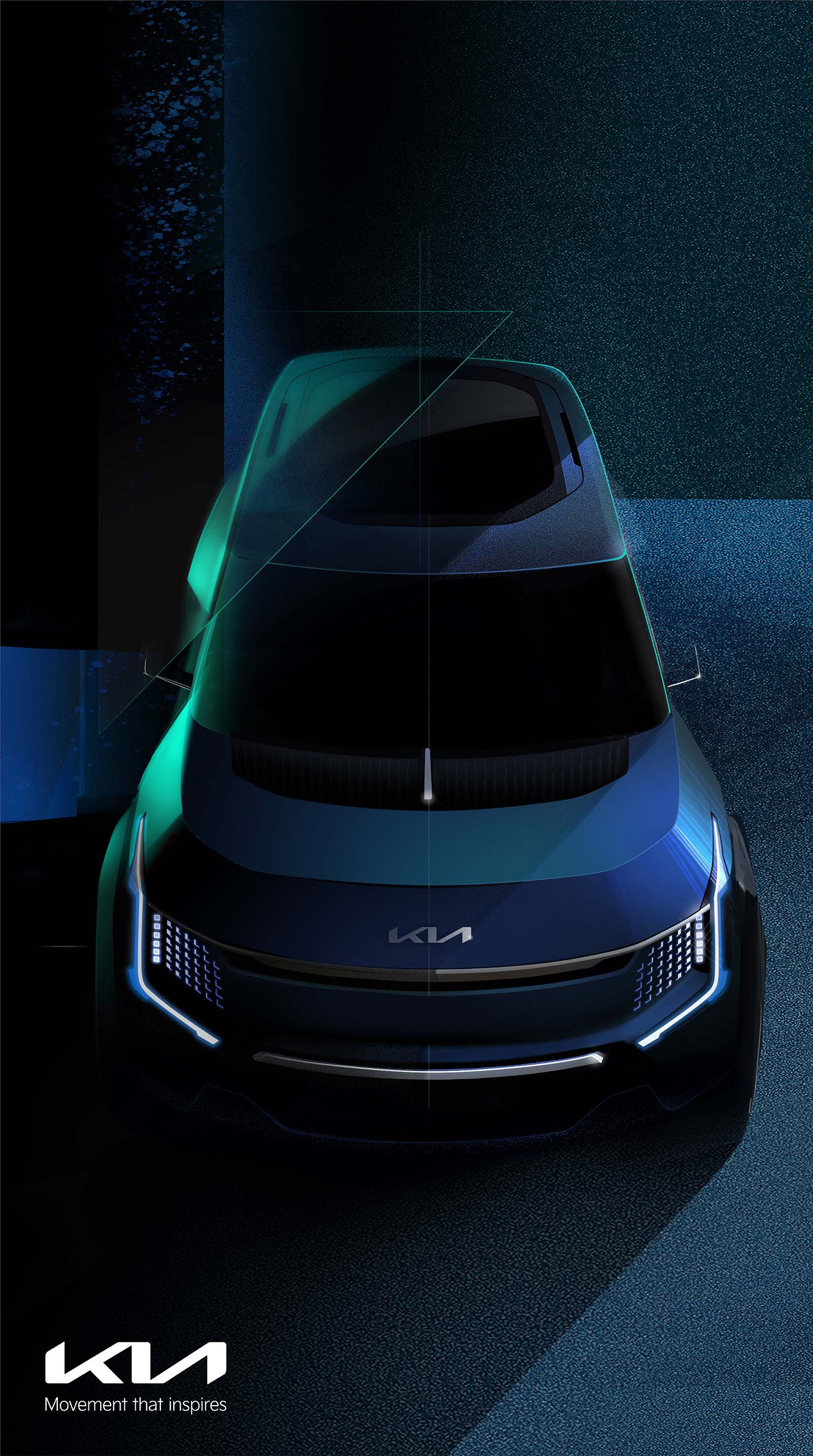 Kia has revealed the first official images of the Kia Concept EV9 electric vehicle (EV). This is the company’s new all-electric sports utility vehicle (SUV) concept that follows on from the brand’s successful Kia EV6, which was the first Korean car to achieve product carbon footprint certification from the Carbon Trust.

Following the launch of EV6, the Kia Concept EV9 is an intriguing glimpse into the future direction of the all-electric SUV. Kia, who are planning seven electric cars in the coming years, say that it combines progressive design, state-of-the-art tech and an advanced all-electric powertrain in one pioneering package.

The first visuals of the electric concept SUV show a bold ultramodern exterior design, the schematics of which hint at a contemporary recreational treatment that’s brought to the fore by an upright and capable stylistic stance. It looks like it has taken a few style cues from the EV6 in that it’s angular and boxy but remains stylish.

The renderings illustrate a conceptual and almost minimalist yet modern looking cabin area. Kia says that it has been honed to give the driver and passengers a light, flexible and adaptive interior space as the experience of the journey evolves.

The interior images show state-of-the-art tech, including an adaptive and smart lounge space. The cabin also features a contemporary interactive ultra-wide display panel that looks similar to that found on the EV6. It also has a radical looking take on the traditional steering wheel.