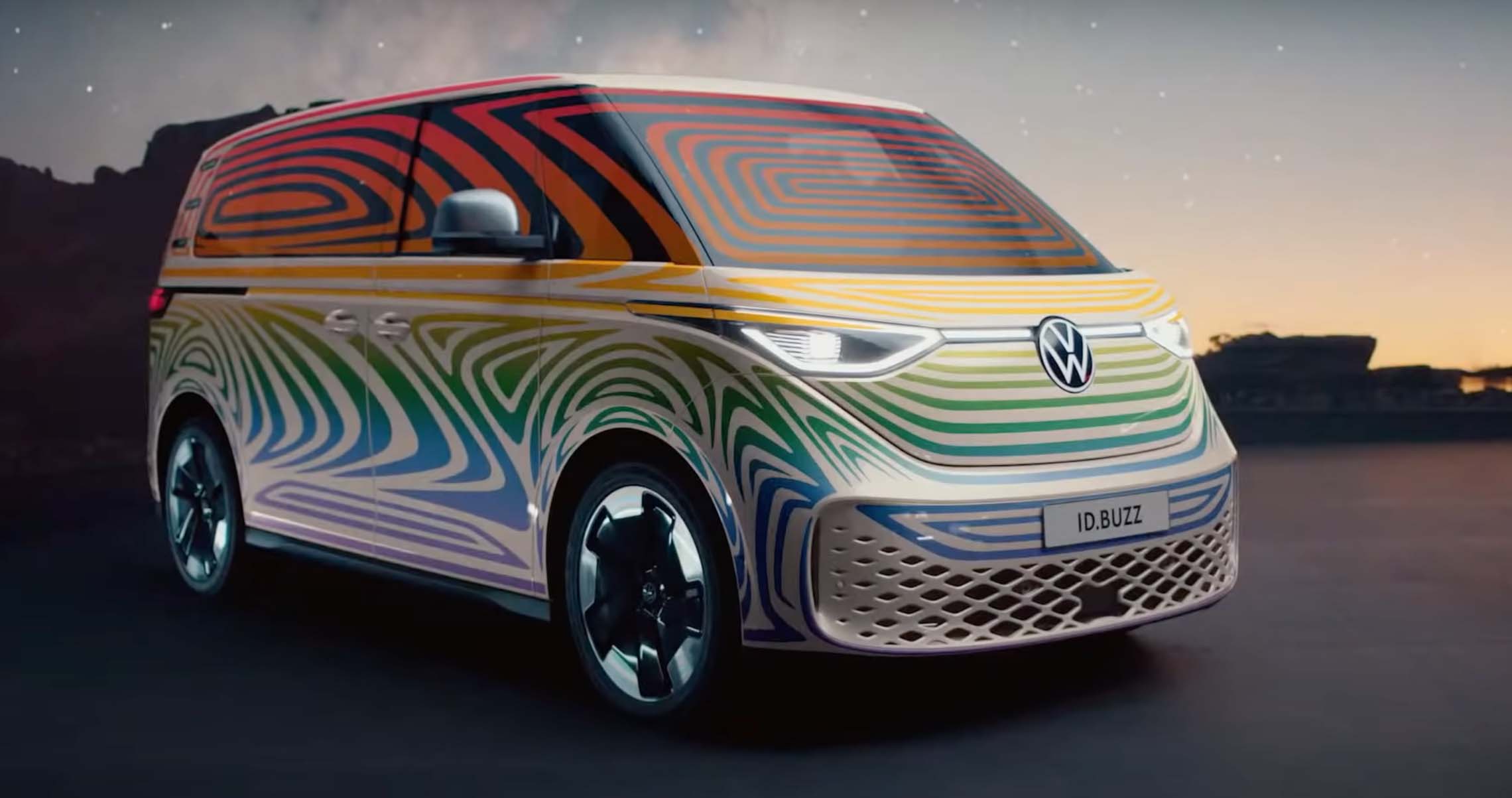 During the launch of the ID.5, Volkswagen offered a glimpse of what the production version of the much anticipated electric microbus will look like

During the launch of Volkswagen’s ID.5 crossover-style electric car, the company offered a quick glimpse of the much anticipated electric ID.Buzz microbus. The preproduction ID.Buzz featured looks similar to previous pictures the German carmaker has offered.

The ID.Buzz, which will launch in Germany in 2022 and the US in 2023, shown during the online launch is a rainbow camouflaged prototype and we expect it to be similar to the version that will go into production next year. The new ID.Buzz and ID.Buzz Cargo will use the same MEB electric platform that VW uses on its popular ID.3, ID.4 and ID.5 electric vehicles (EVs).

The neat-looking microbus, which is based on VW’s original 1950 Type 2 camper, will be built at Volkswagen’s commercial-vehicle factory located in Hanover, Germany. VW will also make its new commercial electric van, the ID.Buzz Cargo, at the same factory. The ID.Buzz Cargo is expected to be launched at the same time as the ID.Buzz.

Both the ID.Buzz and the ID.Buzz Cargo will be built using robots from ABB, who are a Swedish-Swiss multinational global engineering firm. ABB work mainly in the world of electrification and supplying charging solutions, industrial automation, motion and robotics, and discrete automation.

The launch of the ID.Cargo is good news for commercial operators as demand for electric light commercial vehicles is booming as more companies move to electric vehicles. This is largely because of increasing congestion and low emission be implemented in towns and cities. Plus, since the pandemic, there has been a huge rise in the demand for deliveries as more people shop online.

Volkswagen Commercial Vehicles have also been working hard at advancing the development and implementation of autonomous driving. The introduction of autonomous systems for traffic use in 2025 is currently being prepared and the ID.Buzz is expected to be the brand’s first commercial vehicle to offer this.

We will bring you more details of the ID.Buzz and the ID.Cargo as they’re released.