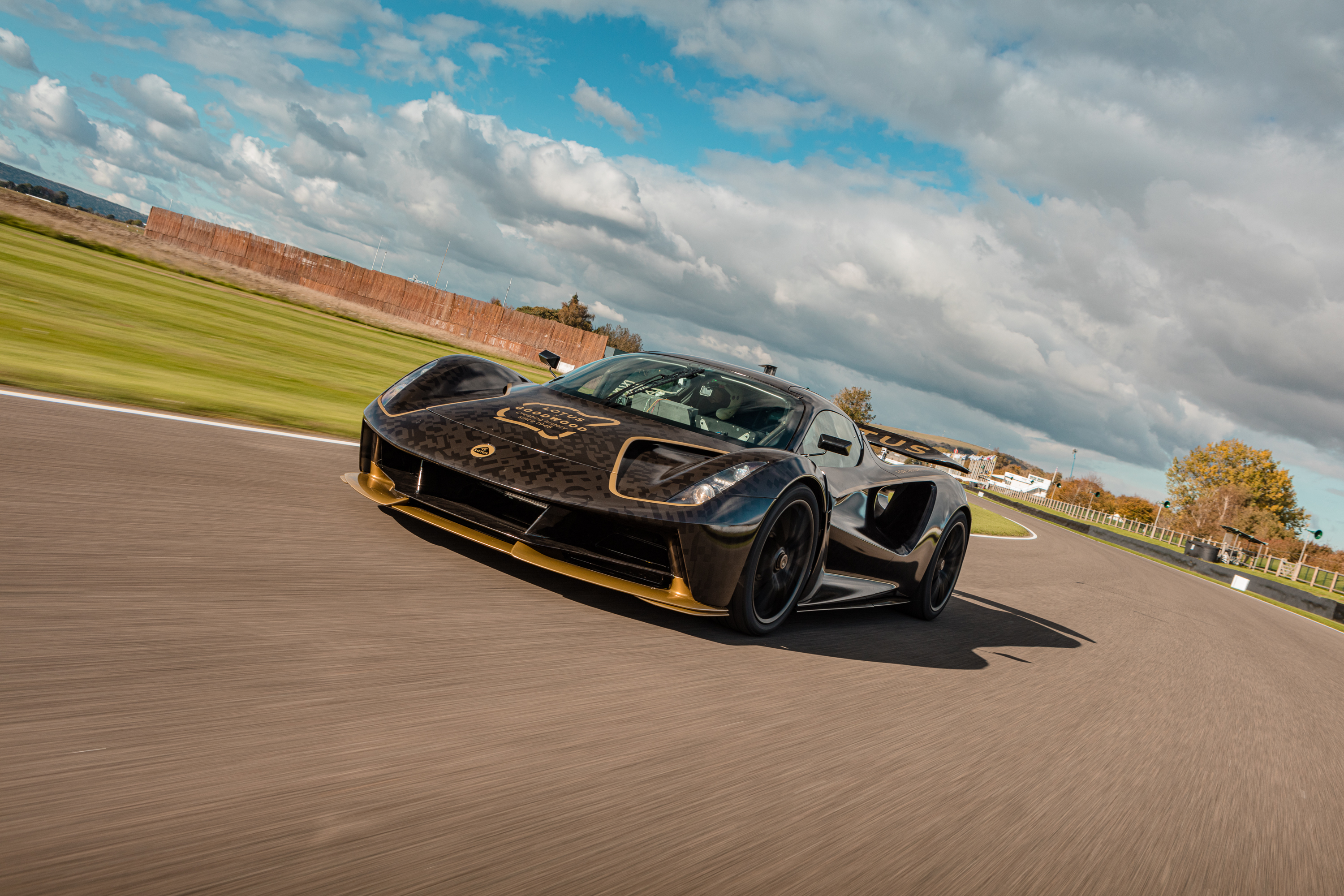 Lotus has shown off their new Evija electric race car for the first time to the public at Goodwood SpeedWeek that took place last week. This event was created in the current Covid climate after the Revival and Festival of Speed events were cancelled.

Lotus showed off three versions of their Evija at SpeedWeek, which included a bright solaris yellow model and two in black finished in classic designs similar to Lotus’ F1 cars from the 1970s. The Evija did a slow parade lap before turning up the speed and racing around the 2.37 mile (3.8km) long Goodwood circuit, near Chichester, West Sussex. The latter lap wasn’t timed and no record attempts were made.

The Evija weighs in at 1750kg making it the lightest hypercar to enter production. The production models will have 1972 horsepower (2000PS), with a maximum speed of 200mph (320kph) and will travel from 0-62mph (0-100kph) in just under three seconds. It will have a target range of 215 miles (346km) which is impressive for a car offering speed and acceleration of this level.

The Evija is being built at Lotus' headquarters in Hethel, Norfolk where 130 units will be produced. All are already sold, even with a price tag of £2.04 million. Production models are expected to ready in 2021.