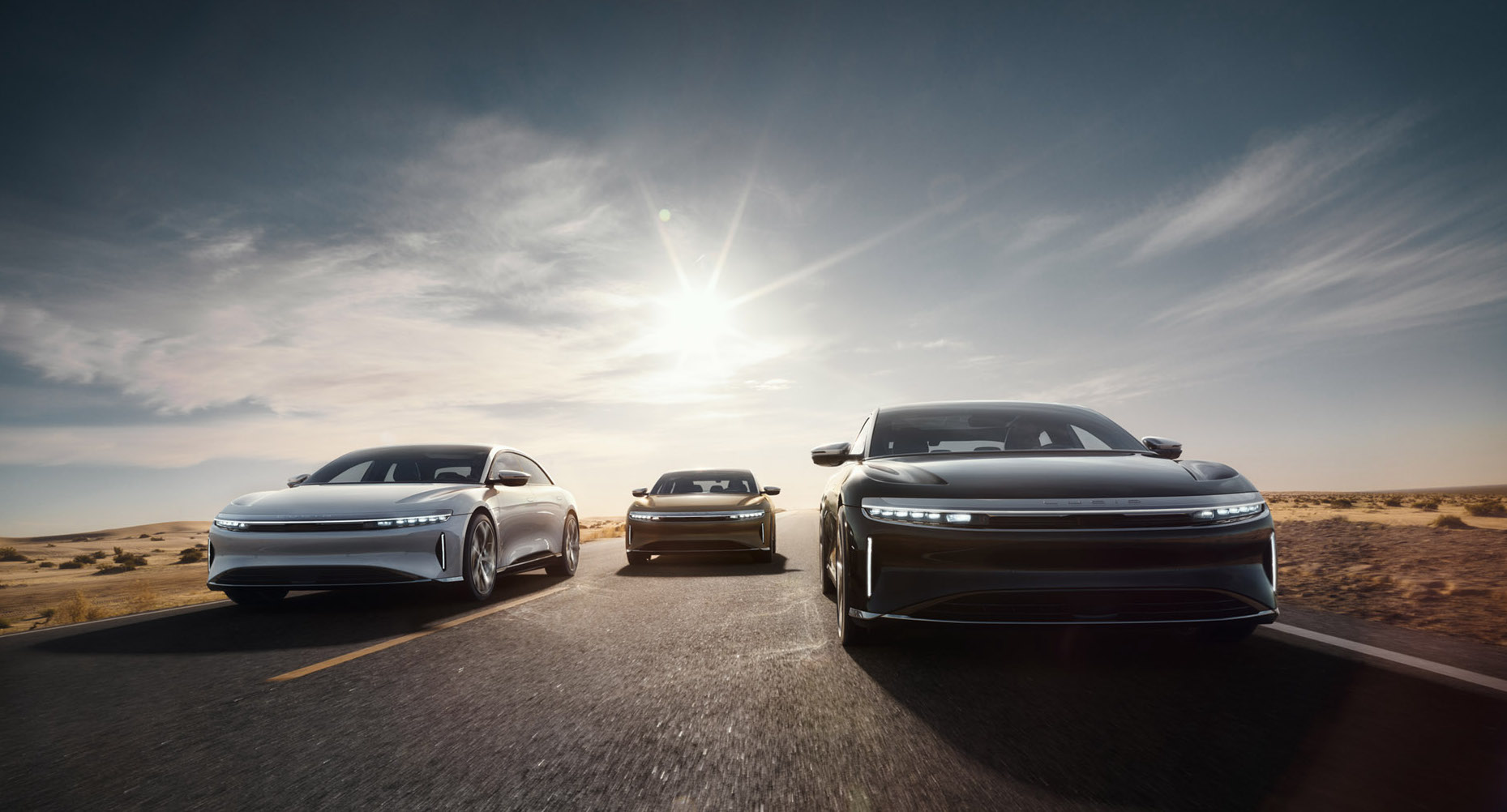 MotorTrend, an American automobile magazine that first appeared in September 1949 and is noted for introducing the first Car of the Year designation, announced that the Lucid Air has won the 2022 MotorTrend Car of the Year.

This is the first time a new automotive brand has been awarded the ‘Golden Calipers’. This is especially pertinent following the recent COP26 Climate Change Conference and the world looking at reducing CO2, with the Lucid Air being a zero-emissions electric vehicle.

MotorTrend’s Car of the Year award is considered one of the most prestigious in the automotive industry. This win by the Lucid Air affirms that electric vehicles (EV’s) are the new benchmark.

The Lucid Air has been designed in Silicon Valley and is produced in Arizona. It delivers an industry-leading 520 miles (837km) of range from Lucid’s proprietary powertrain technology, which is designed and built in-house.

Peter Rawlinson, CEO/CTO Lucid Motors, said: “Earning this coveted distinction for Lucid Air, our very first car, is a resounding endorsement of our ability to deliver the most advanced electric vehicles in the world.

“Our objective of achieving range through efficiency and technical innovation is crystallised in Lucid Air, and we’re elated that this effort has been recognised by MotorTrend against such formidable competition from well-established automakers”

MotorTrend Car of the Year judges evaluated six key criteria for the title, including efficiency, value, advancement in design, engineering excellence, safety and performance of the intended function, with Lucid Air excelling at each.

The Lucid Air was evaluated side-by-side with 24 highly-regarded vehicles from both the electric and internal combustion engine (ICE) worlds. These were narrowed down to seven finalists that included the Honda Civic, Hyundai Elantra, Mercedes-Benz S-Class, Mercedes-EQ EQS, Porsche Taycan and Toyota GR 86.

It’s great to see that two other finalists, the Mercedes-EQ EQS and Porsche Taycan, were also zero-emissions electric cars alongside the winner. This shows that the design, function and performance of modern electric cars are world-leading and bettering that of ICE vehicles.

Ed Loh, MotorTrend Group head of editorial, said: “With the longest driving range of any electric vehicle on the market, an EPA estimated 520 miles (837km), and over 1,100 horsepower available, the Lucid Air is a technological tour de force,”

“The sleek futuristic Lucid Air sedan looks like nothing else on the road, while its gorgeous, smartly-packaged interior sets the standard for the next generation of luxury cars. Against our award’s criteria, there could be no doubt—the Lucid Air is MotorTrend’s 2022 Car of the Year.”