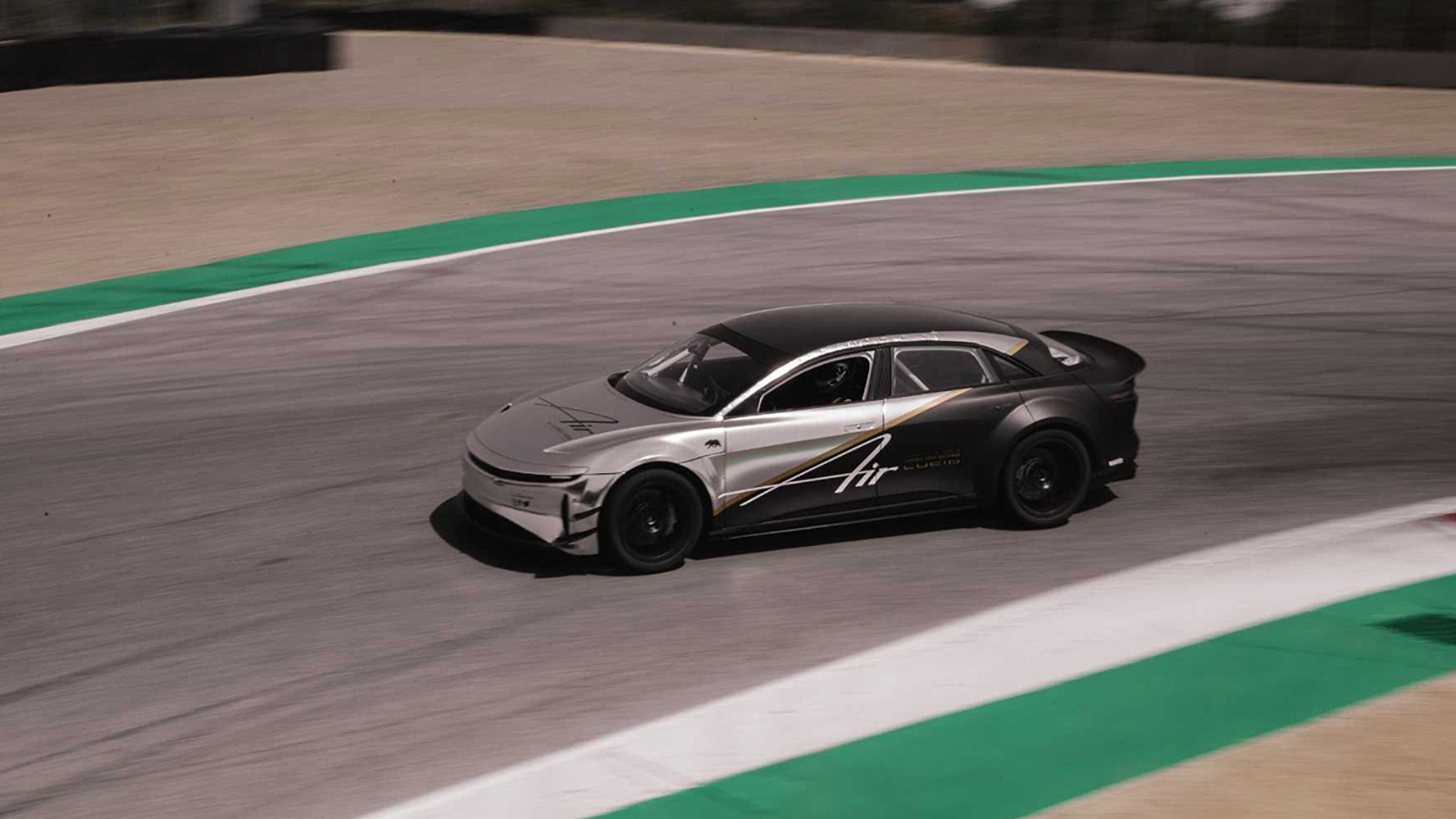 The challenge between Lucid Motors and Telsa continues as Lucid took a modified version of their electric car to California’s Laguna Seca Raceway to try and set a record-breaking lap time. The battle has been going on over the last year and it has been interesting to see the fight for the fastest production electric car.

Last week Tesla went back to Laguna Seca and did an official test of their Model S Plaid. They smashed their own personal best, and beat Lucid’s time, with an incredible 01:30:30 lap.

Now have Lucid have come back, and while they didn’t beat the Tesla Model S Plaid, they did get close with a 01:31:30 lap time. That’s just 1.5 seconds behind.

It is worth pointing out that the Lucid trimotor car used for this test was a prototype model being used for chassis testing and had the interior removed. This prototype also featured wider than standard wheels and tyres but did use production brakes.

The 01:31:30 time posted by Lucid was driven by John Culliton, a Senior Mechanical Engineer at Lucid Motors, and not a professional driver like Tesla used to achieve their best time. The race continues.