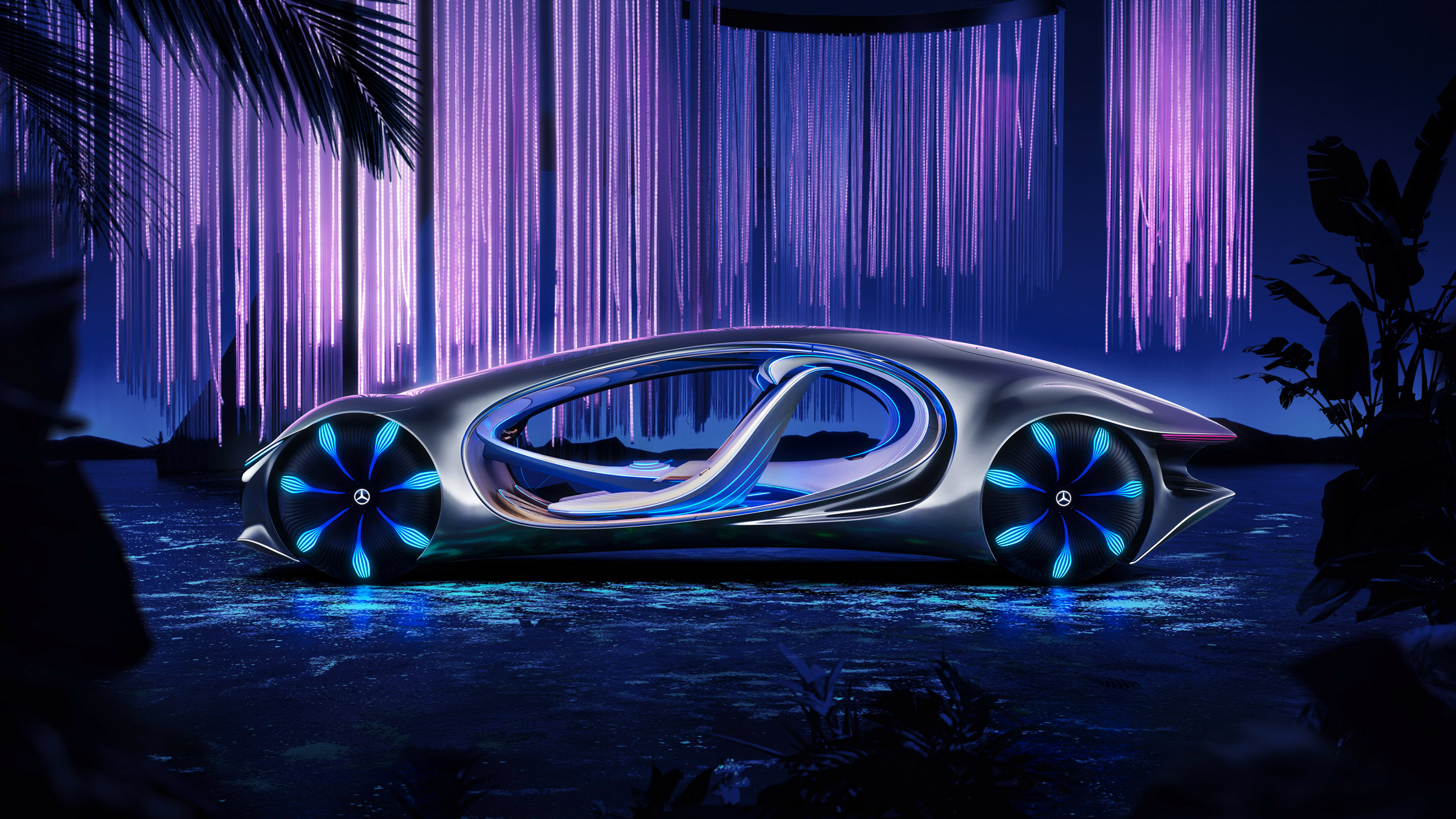 German car maker looks into the future of electric mobility

Mercedes-Benz have revealed real footage of their futuristic looking Vision AVTR electric car inspired by the movie Avatar. The concept was originally released earlier this year, but now the German can manufacturer has released actual footage of its prototype being ‘driven’.

It is an amazing looking electric vehicle, and the style and colours make it obvious that it was inspired by the movie Avatar. The prototype, which would clearly not be road legal, was created to showcase how cars might perform and look in the future. The shape, inside the cockpit and even wheels are all space-age.

Inside, it has no buttons, paddles or steering wheel, and you connect to the system through your heartbeat in the central control unit. Even the ultramodern looking wheels, which glow blue, can move sideways in a crab like motion, similar to General Motors new electric Hummer.

In terms of performance the brand say that the Vision AVTR is said to have a combined engine power that can create over 350 kW, which is a new benchmark for EQ power. Apparently, the car can be fully charged in just 15 minutes.

Continuing the sustainability theme, the energy supply is provided by the cached current of the integrated solar plates on the back of the AVTR. It also features 33 multi-directionally movable surface elements that act as bionic flaps.

The Vision AVTR is crazy looking and sounding, and many of the ideas would be great if they did perform in the real world. That said, this is an actual ‘drivable’ prototype rather than CGI. This is a car and video that tech-heads, sci-fi fans and lovers of electric cars will enjoy watching. Here at ElectricDrives we think it’s simply beautiful.