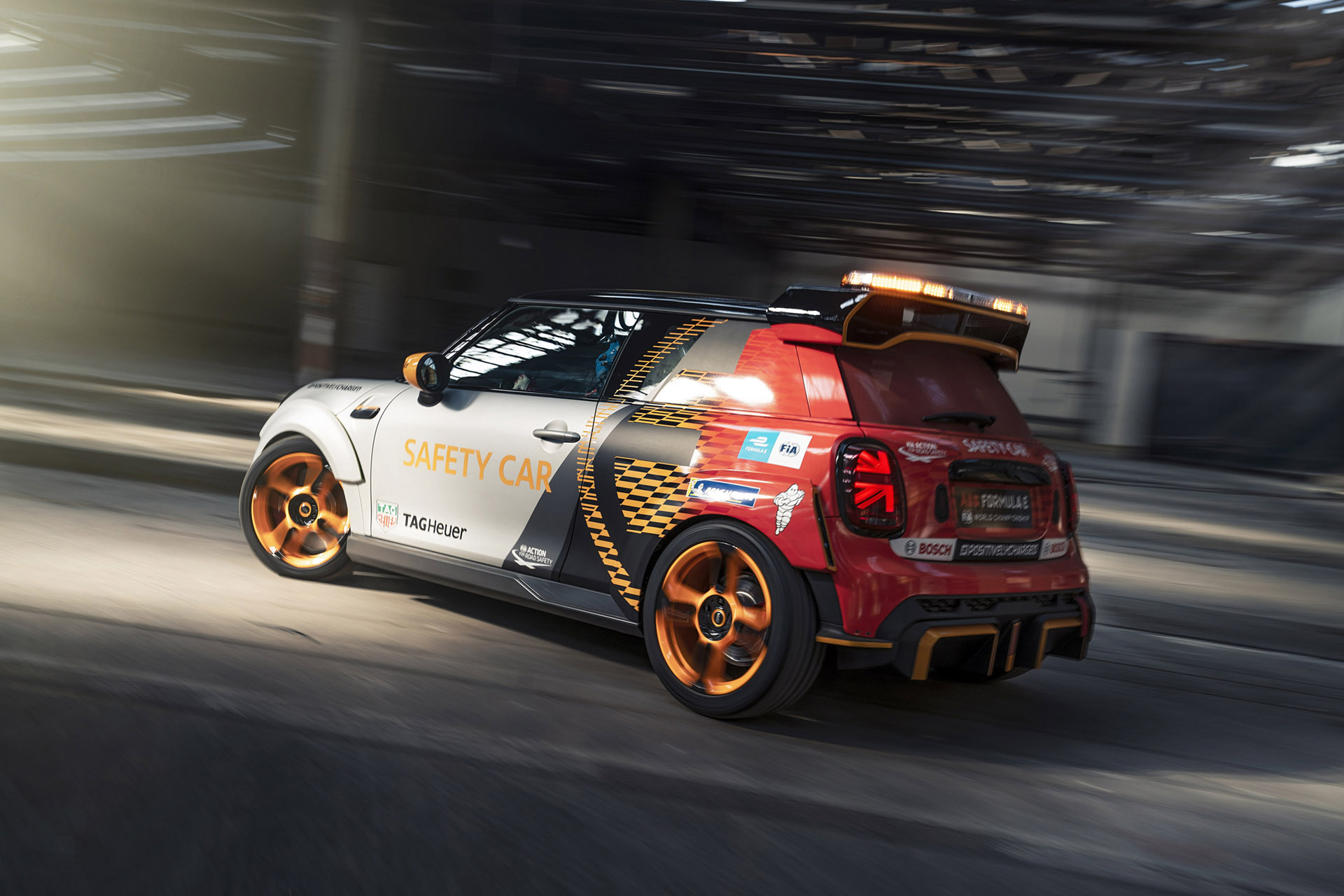 Back in March, it was announced that the MINI Electric Pacesetter would become the new safety car for the ABB FIA Formula E World Championship electric race series (see video below). Now, the zero emissions MINI Pacesetter, which was inspired by John Cooper Works, is making its UK debut at this year’s Goodwood Festival of Speed.

The MINI Electric Pacesetter is an extreme version of the brand’s electric model and specifically designed and developed as the new safety car for Formula E. As part of the Festival of Speed, the Mini will take to the infamous Goodwood Hill Climb. MINI ambassador Charlie Cooper, grandson of John Cooper who inspired the John Cooper Works division of MINI, will be at the wheel.

The MINI Electric Pacesetter car will also be available for a closer look at Goodwood’s First Glance Paddock. MINI will also be displaying their regular road version of the MINI Electric on their stand. MINI ambassador and rally legend Paddy Hopkirk, who famously won the 1964 Monte Carlo Rally in the classic Morris Mini Cooper S Mk1, will be available to meet the public on Saturday 10 July.