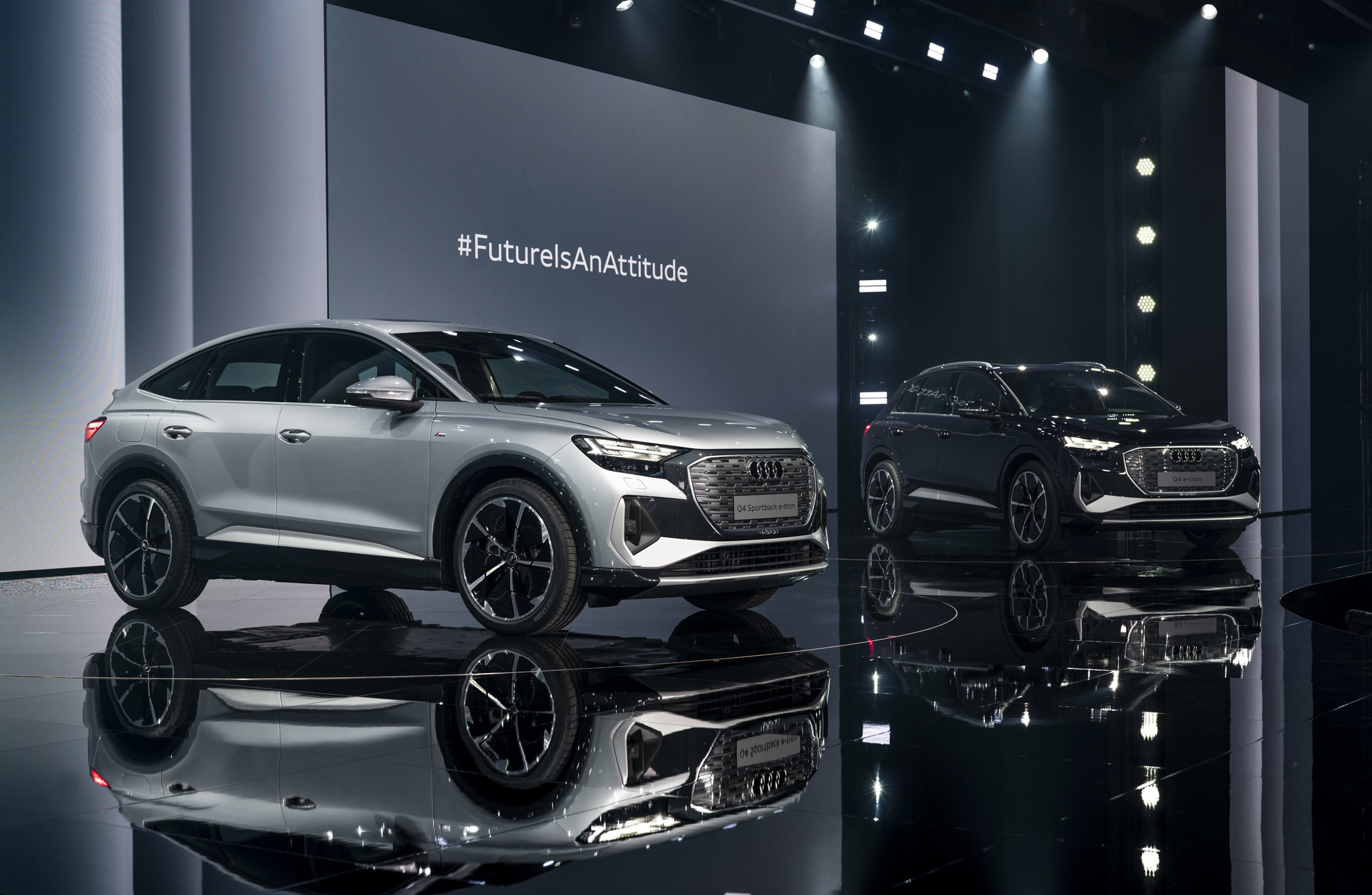 In an online world premier Audi launched its new Audi Q4 e-Tron and the Audi Q4 Sportback e-Tron all-electric cars. These zero-emissions models represent the brand’s entry into premium e-mobility in the compact segment with its new electric sports utility vehicle (SUV) and electric crossover utility vehicle (CUV). For Audi, sustainable electrification is one of the key strategic themes for the future.

The Q4 e-Tron and the Audi Q4 Sportback e-Tron combine a sporty and progressive character with SUV design. The spacious interior provides the option of a large augmented-reality head-up display for an innovative driving experience.

The Audi Q4 e-tron Sportback has a similar spec as the Q4 e-tron since they use the same powertrain. It does offer slightly better performance, thanks to its slightly sleeker shape and drag coefficient of 0.26 compared to 0.28 regular Q4 e-tron. Prices for the Sportback will start from €43,900

The new models will be are available from dealers in Europe early this summer. By 2025 the Audi plans to introduce more than 20 all-electric models.

Markus Duesmann, Audi CEO, said: “In 2021 the electric offensive is gaining further momentum at Audi. For the first time, more than half of all models newly launched in one year are electric. In this way we are more than doubling the number of our all-electric models, from three to seven.

“Sustainability is of key importance for us, beyond the power source. That is why we wish to compensate the entire CO2 emissions resulting from the manufacture of the Q4 e-Tron models. This means that all vehicles are to be delivered to our customers with a neutral carbon balance sheet.”

Olivia Wilde, filmmaker, actor and activist, said: “It’s great to see that Audi acts. The use of recycled materials and electric vehicles is a more sustainable choice. I’ve got the feeling that more and more like-minded people want to reduce their impact on the environment.”

The full launch can be seen below.