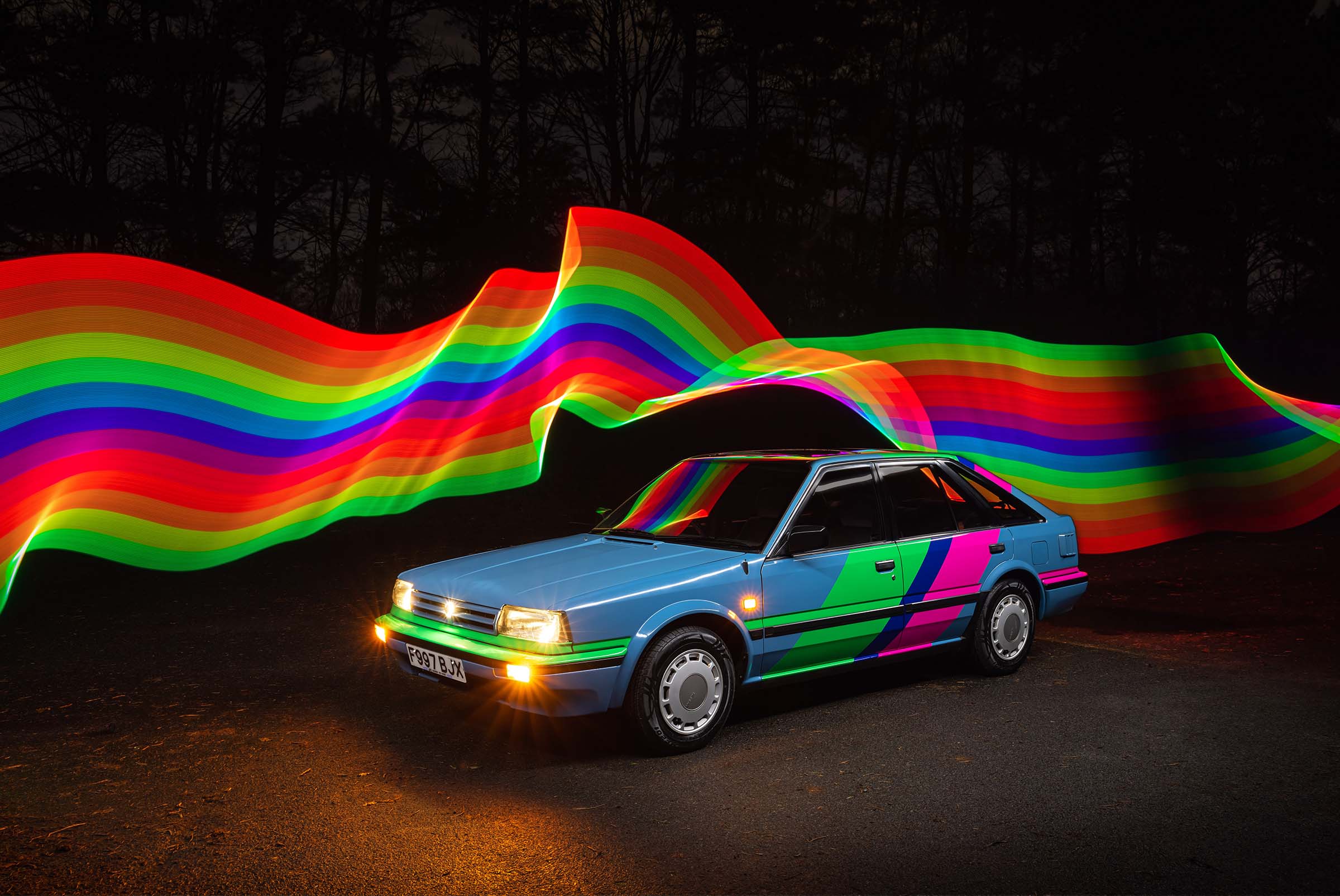 To celebrate 35 years of production at the Sunderland plant, Nissan has commissioned a special electric conversion of the Nissan Bluebird, which was the first car off the factory’s production line in 1986.

Called ‘Newbird’, the one-off project electric vehicle (EV) is powered by the same 100 percent electric drivetrain as the Nissan LEAF. This electric car, which has sold over half million units world-wide, was the pioneering mass-market EV that kick-started the global trend towards electrification of mobility.

The ‘Newbird’ connects 35 years of manufacturing heritage at Sunderland, as Nissan accelerates towards an electrified future through Ambition 2030, the company’s long-term plan to empower mobility and beyond.

“We have a rich heritage of building great cars, right from the original Bluebird model, and our fantastic team is now leading the way as we drive towards an exciting electrified, carbon neutral, future.”

“This ‘Newbird’ project is a wonderful tribute to the enduring presence of high quality manufacturing that Nissan has enjoyed in the UK for more than three decades.”

The Nissan Bluebird used for the Newbird project was extensively modified to integrate the LEAF’s electric drivetrain. The original petrol combustion engine and gearbox were removed and a LEAF motor, inverter and 40kWh battery pack installed. The battery modules were split between the engine bay and boot for optimised weight distribution.

Updates and modifications were made to the power steering, braking and heating systems to enable them to be electrically powered. A custom suspension was also installed to support the additional weight from the battery packs.

The car is charged through the original fuel flap, which provides access to the charging port. The battery can be recharged at up to 6.6kW and the original driver instrument panel has been connected to the electric vehicle system to enable the fuel gauge to show the battery state of charge.

George Kinghorn, Kinghorn Electric Vehicles, said; “Given our location so close to the Sunderland plant, working on this Bluebird conversion was a great project to be part of. When Nissan opened the Sunderland factory it gave the North East a big economic boost.

"Electric vehicles are not just the future, they’re the now.  Converting older vehicles to electric gives you everyday use of these iconic vintage models, but they’re just as enjoyable to drive, they’re more reliable and importantly don’t produce harmful emissions when driving.

“With this project we think we’ve created a car that captures the soul of the Nissan Bluebird, with the heart of a Nissan LEAF.”

Under Ambition 2030, Nissan aims to become a truly sustainable company, driving towards a cleaner, safer, and more inclusive world. The vision supports Nissan’s goal to be carbon neutral across the lifecycle of its products by 2050.

As part of the recent announcements, Nissan unveiled the CHILL-OUT, a ‘near future’ concept that previews the new-generation electric crossover slated for future production in Sunderland.

By the early 2030s every all-new Nissan vehicle offering in key markets will be electrified, as well as introducing innovations in electrification and manufacturing technology.

A proud producer of sustainable power, Nissan began integrating renewable energy sources in Sunderland in 2005 when the company installed its first wind turbines on site. These 10 turbines contribute 6.6-mega-watt power, with the existing 4.75-mega-watt solar farm installed in 2016.

A major expansion to renewable energy generation at Sunderland was confirmed in December, with approval given to install an additional 20-mega-watt solar farm. Work will begin on the development immediately, and installation alongside the plant’s existing wind and solar farms is expected to be complete by May 2022.

The new 20-mega-watt installation will double the amount of renewable electricity generated at Nissan’s Sunderland plant to 20 percent of the plant’s needs. This is enough to build every 100 percent electric Nissan LEAF sold in Europe and the first of a potential 10 additional solar farms planned under Nissan EV36Zero announced in July.