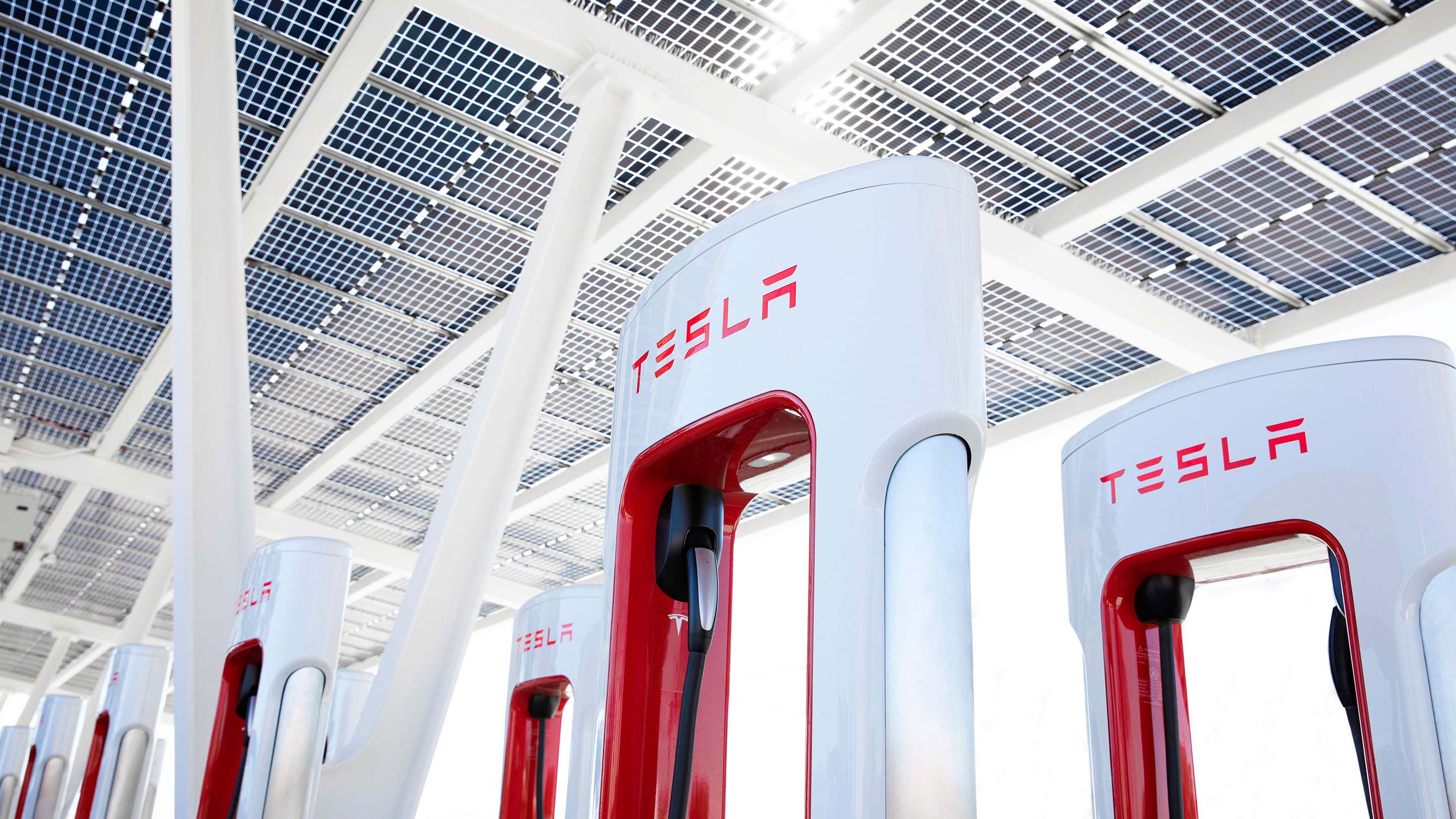 Tesla have announced the launch of the Non-Tesla Supercharger Pilot at 10 of their electric car Supercharger locations in the Netherlands. This will provide drivers of non-Tesla electric vehicles (EVs) the opportunity to use the chargers usually reserved just for Telsa drivers.

Access to an extensive, convenient and reliable fast-charging network is critical for large-scale electric vehicle adoption. That’s why, since opening their first Superchargers in 2012, Tesla have been committed to the rapid expansion of the network. Today, they have more than 25,000 Superchargers worldwide.

With this pilot, 10 stations are now accessible to Dutch non-Tesla electric car drivers via the Tesla app (version 4.2.3 or higher). Tesla drivers can continue to use these stations as they always have. During the pilot, the company will be monitoring each site for congestion and listening to customers about their experiences.

Tesla said that it has always been their ambition to open the Supercharger network to non-Tesla electric cars, and by doing so, encouraging more drivers to make the switch to electric. This move directly supports Tesla’s mission to accelerate the world’s transition to sustainable energy.

More customers using the Supercharger network enables faster expansion. Their goal is to learn and iterate quickly, while continuing to aggressively expand the network, so they can eventually welcome both Tesla and non-Tesla drivers at every Supercharger worldwide.

Non-Tesla owners based in the Netherlands can currently charge at 10 Supercharger sites across the country:

The Non-Tesla Supercharger Pilot is currently limited to electric car drivers who live in the Netherlands. The company will be expanding to additional markets shortly. Tesla drivers from any country can charge as they normally would at these sites.

Tesla are starting with a select number of sites so they can review the experience, monitor congestion and assess feedback before expanding. Future sites will only be opened to non-Tesla vehicles if there is available capacity.

Pricing for Non-Tesla drivers reflects additional costs incurred to support charging a broad range of vehicles and adjustments to their sites to accommodate these vehicles. Rates vary by site and customers can view charging prices in the Tesla app. The per kWh price to charge can be lowered with a charging membership.

Tesla have mentioned that certain Supercharger site layouts may not be suitable for some cars and have asked drivers to not obstruct other cars by parking over the lines if the cable cannot comfortably reach their car.

This pilot is only accessible for CCS-enabled vehicles. If a Supercharger post has two cables, Non-Tesla cars can only charge with the CCS connector. If the connector does not fit your car, the company has asked drivers to report it to Tesla Customer Support.