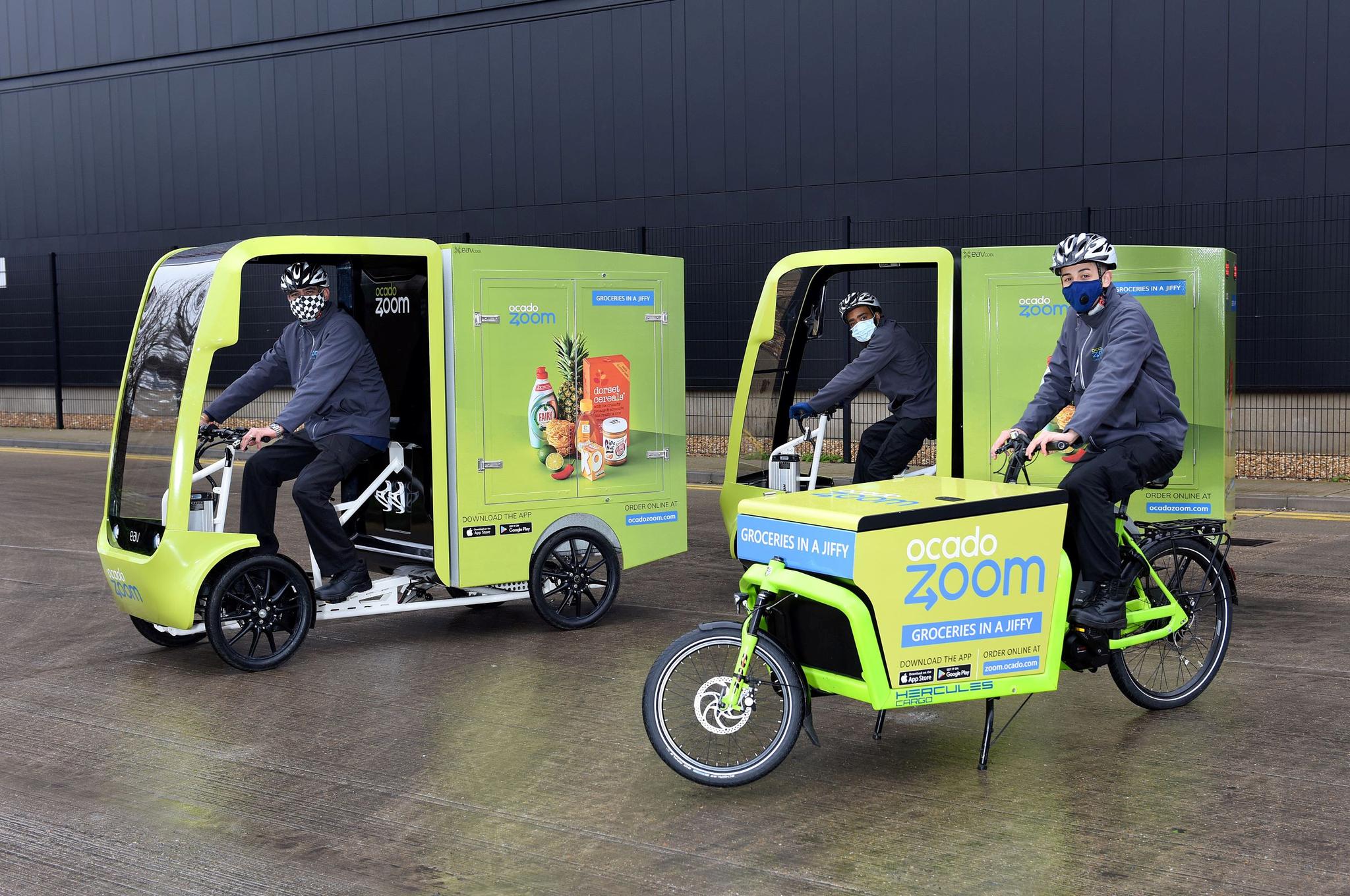 Ocado Zoom, who are the rapid grocery delivery service owned by online grocer Ocado Retail, has started a trial of electric, electric-assisted and pedal-powered vehicles. This is part of Ocado’s target to become net-zero carbon emissions by 2035 according to international news organisation Reuters.

Ocado Retail, which is a joint venture between Ocado Group and Marks & Spencer, have seen 35 percent growth during the pandemic as online shopping increased massively. Online spending has doubled since the start of the pandemic and shares in Ocado have more than doubled over the last year.

With such high demand, Ocado Zoom is trialling several electric and pedal-powered vehicles to make deliveries to customers from its site in Acton, West London. The company said that initial customer feedback has been positive.

The trial, which started at the end of last month, includes electric refrigerated vans, refrigerated electric-assisted vehicles and pedal-powered cargo bikes. With innovative refrigeration capabilities food can be kept fresh on journeys of up to 40 miles.

The electric-assisted vans being used have been developed and supplied by Oxfordshire company Electric Assisted Vehicles. They are both road legal and permitted to travel in cycle lanes and can reach speeds of up to 15mph. These zero-emission vehicles can carry up to 10 full totes of shopping, which is the equivalent of two typical customer online grocery orders.

The Electric Assisted Vehicles vans used here are the same as those being trialled by Asda in Cambridge, which we reported in October 2020. The e-cargo bikes being used are of the same type previously used by Sainsbury’s and Co-op for their fast deliveries in London.

George Dean, head of Ocado Zoom, said: “We’re really excited to see a new generation of vehicles out on the road. We’re committed to reducing our carbon footprint and being the best neighbour we can, whilst delivering groceries to our customers as fast as possible. This trial is an important step in what I hope will be a rapid expansion of our non-emitting fleet.”