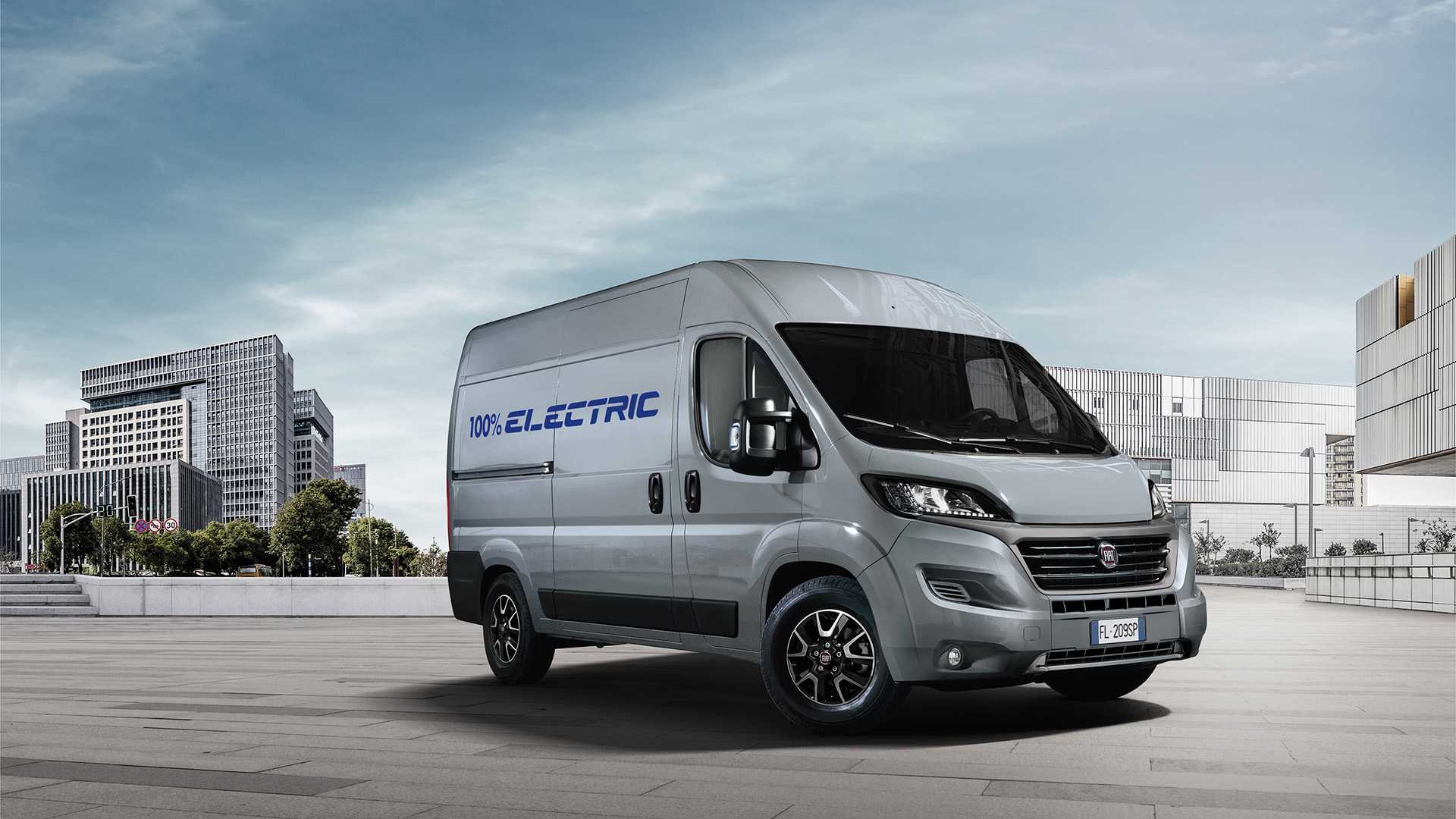 Orders for the 100 percent electric Fiat E-Ducato are now open. It’s priced from £47,675 excluding VAT (after the Government PiVG), enabling customers to receive all the benefits of having zero tailpipe emissions with the versatility of a large light commercial vehicle (LCV).

This kickstarts the Fiat brand’s foray into 100 percent electric vehicles. The E-Ducato large LCV has a range of between 113 (182km) and 230 miles (370km), depending on the variant. It is congestion charge and Ultra Low Emission Zone (ULEZ)-exempt, making it the perfect tool for businesses in both urban and suburban environments.

E-Ducato has a top speed of 62mph (100kph) and accelerates from 0-30mph (0-48kph) in under six seconds. Its impressive charging time of zero to fully charged, takes just 2 hours and 25 minutes, enabling businesses to recharge and get back on the road in the quickest time possible. The 47kWh battery is available with AC or DC charging capability.

The 79kWh battery is matched to the same 90kW motor and receives the same power and torque outputs as the 47kWh battery. The larger battery provides a longer range of up to 230 miles (370km). E-Ducato with the 79kWh battery takes just four hours to charge from zero to 100 percent and is also available with AC or DC charging capability.

Range is maximised in E-Ducato through its regenerative braking system, with the van storing energy as it is driven downhill. This ensures range isn't wasted and is stored for when needed most. It features three driving modes including Normal which offers the optimal balance between performance and economy, Eco for an increase in the available range and Power mode for full-load missions.

These figures still do not impede on the versatility of E-Ducato. It delivers a best-in-class payload of up to 1,885kg and maintains the same best-in-class volumes as ICE Ducato of between 10m3 and 17m3.

E-Ducato is available in two trim levels, standard and eTecnico, and three main configurations including goods van, chassis cab and passenger van. These are available in various lengths and wheelbase sizes to suit all applications, with every configuration available with either a 47kWh or 79kWh battery.

Special attention has been paid to the total cost of ownership, with lower running costs and purchase incentives, it substantially achieves parity compared with a Ducato with an internal combustion engine. To give an example, the E-Ducato offers real-world fuel savings of approximately £13,000 to a comparable diesel version running 95,000 miles, whilst servicing costs are over 40 percent lower than a similarly sized diesel commercial vehicle. And with zero-emissions makes it a smart buy.

Ordering is now open with the first UK deliveries expected in May 2021.