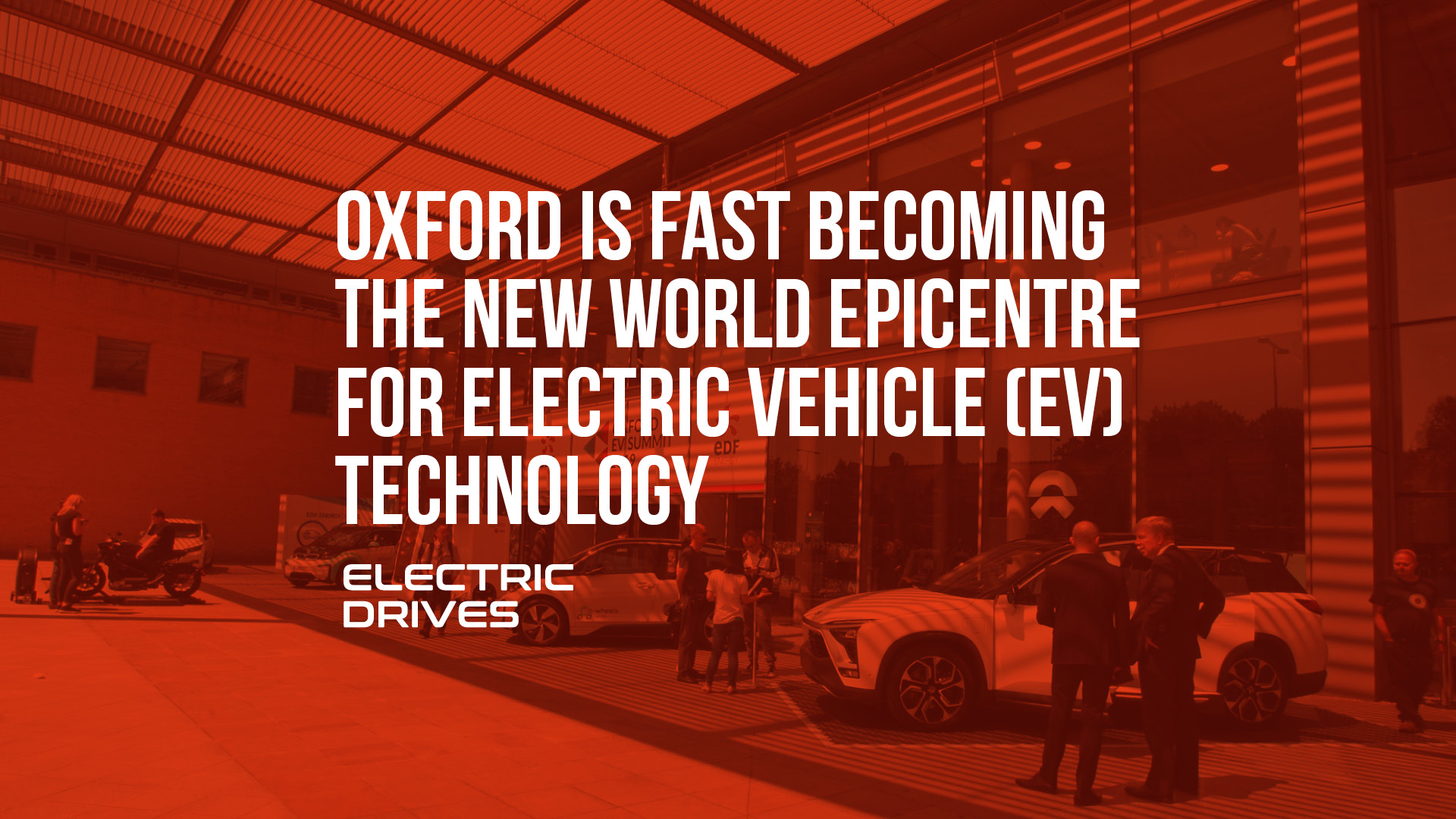 With a wealth of electric vehicle (EV) design, technology and industry, along with the EV Summit, Oxford is one of the most progressive locations on the planet for emobility

Oxford has a long history of producing cars and was at the forefront of the combustion engine industry. Times are changing and Oxfordshire is fast becoming the epicentre of electric vehicle (EV) design, technology and industry as many of the world’s leaders and forward thinkers have located in the area.

Over the last decade or so, things have changed radically and the region has become a centre of electric vehicle investment, development and excellence. Oxford is most famously known in the motor industry for the production of Morris vehicles that later became British Leyland’s Austin Rover Group.

This historical site now homes BMW where the MINI is produced. BMW and Oxford were recently awarded £26.2 million to develop electric car batteries that will have a similar range to combustion vehicles. Funding from the Government and industry combined could save 3.6 million tonnes of carbon emissions and secure 1,500 jobs.

Ocado’s £10m (US$14m) investment in Oxbotica is a good indication of how Oxfordshire has become a magnet for investors. This is in connected and autonomous vehicle (CAV) and electric vehicle (EV) technology.

The two are collaborating to develop a range of autonomous vehicles. This ranges from warehouse operations through to last-mile delivery vehicles. Oxbotica is a success story and has investors from around the globe. Earlier this year it raised US$47 million (£34.5 million/€40 million) in a Series B round.

There are already several electric motor manufacturers in Oxfordshire. Arrival are one the biggest and have their research and development centre in Banbury and production of its electric bus takes place near Bicester. They have received investment from BlackRock, Hyundai and Kia, and are currently valued at €3 billion (£2.6 billion/$3.6 billion).

YASA, who were bought by Mercedes back in July and make modern lightweight and efficient electric motors, are based in Kidlington. They are joined by electric motor producer Saietta. The Indian company are leading the way with axial flux electric motors. These are used in a range of electric vehicles including mopeds, scooters, buses and delivery vehicles.

Latent Logic, a UK company that spun out of Oxford University’s computer science department, was launched in 2017 and purchased by Waymo in 2019. Waymo have been working with Renault and Nissan on autonomous vehicles for customers in France and Japan. The owner of Waymo, Alphabet, has its European engineering headquarters based in Oxford.

Electric Assisted Vehicles (EAV) are an Oxfordshire company that are a leading provider of zero-emission last-mile transport solutions. They have worked with ASDA, DPD, Ocado, Spin and Oxford’s Covered Market with their zero-emissions delivery solution. They’re currently working on their new ‘LINCS’ mid-mile urban transport vehicle.

When it comes to sustainable deliveries DPD are leading the way in Oxfordshire. They recently announced that Oxford would be their first all-electric city. All of the city’s parcels delivered from its new Bicester depot are carried out using electric vehicles.

Oxfordshire has long been a centre for motorsport with the likes of Williams Advanced Engineering based in Grove, Mahindra Racing, who specialise in Formula E, can be found in Banbury, along with Haas F1 and Andretti Autosport.

Prodrive, who are also based near Banbury, have been working in the electric motor world for a long time. They recently partnered with Lewis Hamilton’s Extreme E X44 team.

Prodrive have also designed and developed electric powertrains for Lunaz who are electric converters. They’re a stone’s throw away in Northamptonshire and recently received investment from David Beckham.

They’re not only converting classic cars but upcycling existing passenger, industrial and commercial vehicles as a sustainable alternative to replacing with new. They recently announced a 500 percent expansion and expect to offer 500 highly skilled jobs by 2024.

For the more nostalgic, Oxford is also home to several electric converters. Electrogenic take beautiful classic cars and make them all-electric creating modern classic vehicles fit for the 21st-century. They have also been working with Worthy Farm and Cardiff University to develop off-road electric cars for farm use. Everatti is another Oxfordshire based converter that redefines iconic cars and makes them relevant to the world today.

Pivot Power, who are part of EDF Renewables, and also working with Fastned, a European fast-charging company, Tesla Superchargers and Wenea, one of the largest EV charging services providers in Europe, to deliver the ESO. It will feature 38 fast and ultra-rapid chargers that will deliver 100 percent renewable energy to EV drivers day and night.

With so much electric vehicle investment happening in Oxfordshire, it’s only fitting that the EV Summit is based in Oxford and brings all of this, and the rest of the emobility world, together.

Now in its fourth year, the Summit is the world’s most significant gathering of emobility leaders. This year it’s back as an in-person event at the University of Oxford’s Saïd Business School on 1-2 September.

The EV Summit has earned the epithet ‘the Davos for emobility’ and is noted for attracting CEO speakers and as a platform for major announcements in the sector. This year it is placing the master narrative of decarbonisation at the centre of this year’s event.

Ade Thomas, co-founder of the EV Summit, said: “Oxford is a small but globally significant city. Via the University, the progressive local government and the existing automotive skills base, it has become a real catalyst for the sustainability transition with emobility.

“For our part, having the EV Summit based at the University of Oxford's Saïd Business School, places the summit at the heart of these institutions and of this transition.”

An industry-first, Project LEO (Local Energy Oxfordshire) comes on top of the £41 million Energy Superhub Oxford (ESO) project. Project LEO will develop a new model for how local energy systems in Oxfordshire are managed and measured. This came from a collaboration forged at the EV Summit.

It’s an exciting time for the emobility industry, but most importantly, the EV Summit and the Oxford region are bringing all of this together, connecting everything and everyone within the industry to drive change. It’s helping to speed up a cleaner future in the mobility space and ultimately working hard to save the planet.