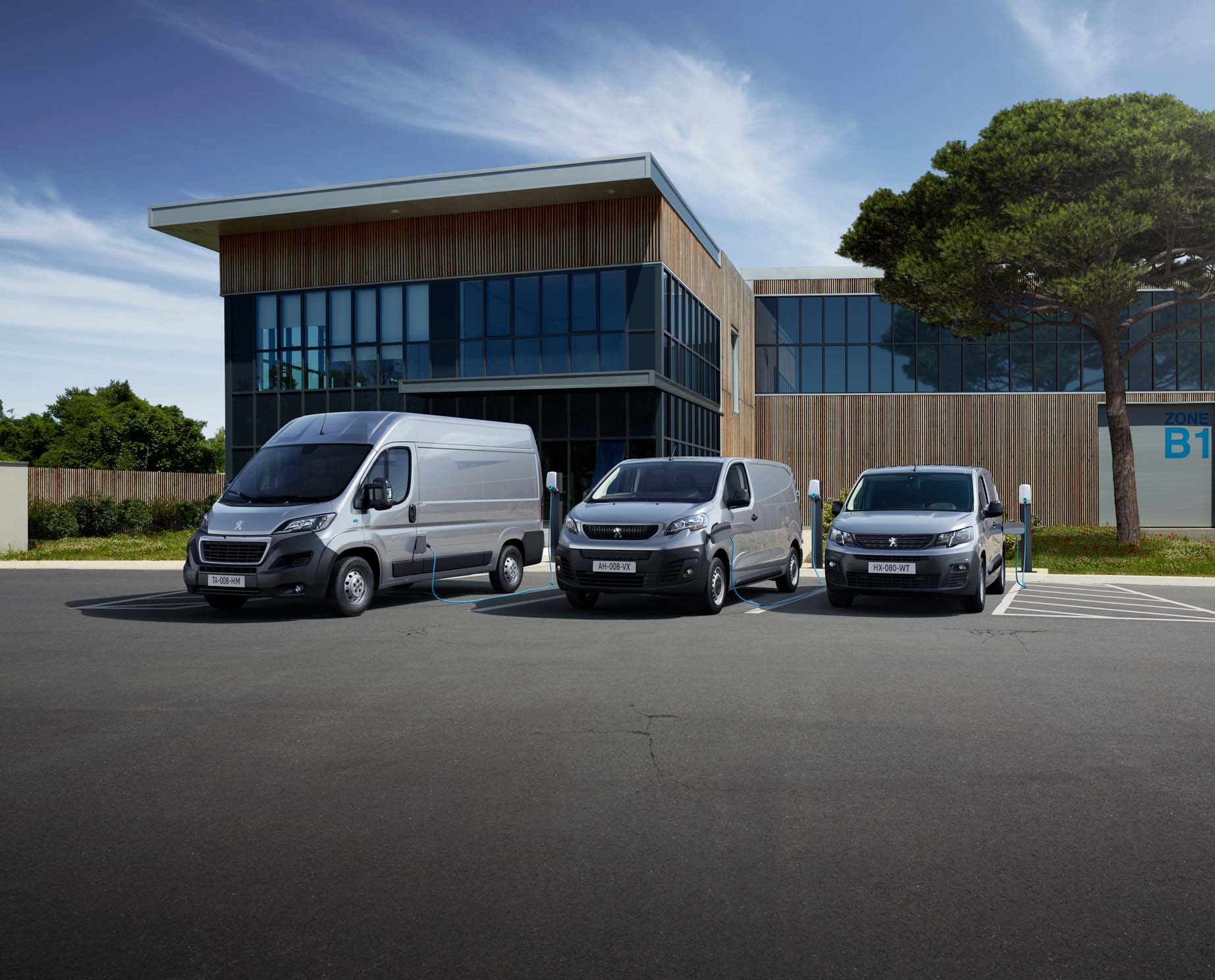 The PEUGEOT brand is now one of the first manufacturers to offer a complete range of 100 percent electric vans. PEUGEOT's electric vans retain the functionality of their diesel counterparts, but generate minimal noise and zero tailpipe emissions. PEUGEOT is aiming to be the leader in sales of clean vans in Europe by 2022.

The entire PEUGEOT commercial vehicle range now offers an electric variant, with the arrival this autumn of the e-Partner and e-Boxer vans. They join the e-Expert van launched last year, which was awarded the title of International Van of The Year 2021.

The distinctive feature of all PEUGEOT electric vans is that they make no compromise in terms of useful volume or practicality compared with the diesel versions. Plus, they offer all the advantages of the electric powertrain including lower running costs, ease of driving, immediate throttle response, high torque and the absence of noise, vibrations, odours and emissions.

The e-Partner was recently recognised at the What Car? Van & Commercial Vehicle Awards, with the model taking the title ‘Van of the Year’, whilst the Partner, Expert and Boxer were awarded for their practicality in their respective segments.

PEUGEOT will have delivered 4,000 electric commercial vehicles in Europe by 2021 and already has an order book of 10,000 vehicles. To further raise awareness of its electric offering and the benefits among professionals, PEUGEOT will be unveiling a new, dedicated advertising campaign across the continent. This will be launched in November.

Xavier Peugeot, Stellantis Group’s Commercial Vehicle Business Unit managing director, said: "We announced and delivered on the commitment of a full 100% electrified utility vehicle range by the end of 2021, which Stellantis is the first to do.”

In the coming weeks, PEUGEOT will launch a major international communication campaign to celebrate entrepreneurs and craftsmen. The campaign will feature all three zero-emission vans. This includes the e-Partner, e-Expert and e-Boxer. The international campaign will be based on a video that showcases the logos of PEUGEOT's electric van users in the city.

Linda Jackson, PEUGEOT managing director, said: "PEUGEOT is committed to being the leading player in the change and transformation of the business sector to pure electric.

“Obviously, the cost of use is a very strong argument for users  but we are also demonstrating that electric commercial vehicles are a pleasure to drive; for their driver, who opens up to a new, soothing driving experience, and for everyone around them, who benefits from a peaceful environment, devoid of both noise and smell".