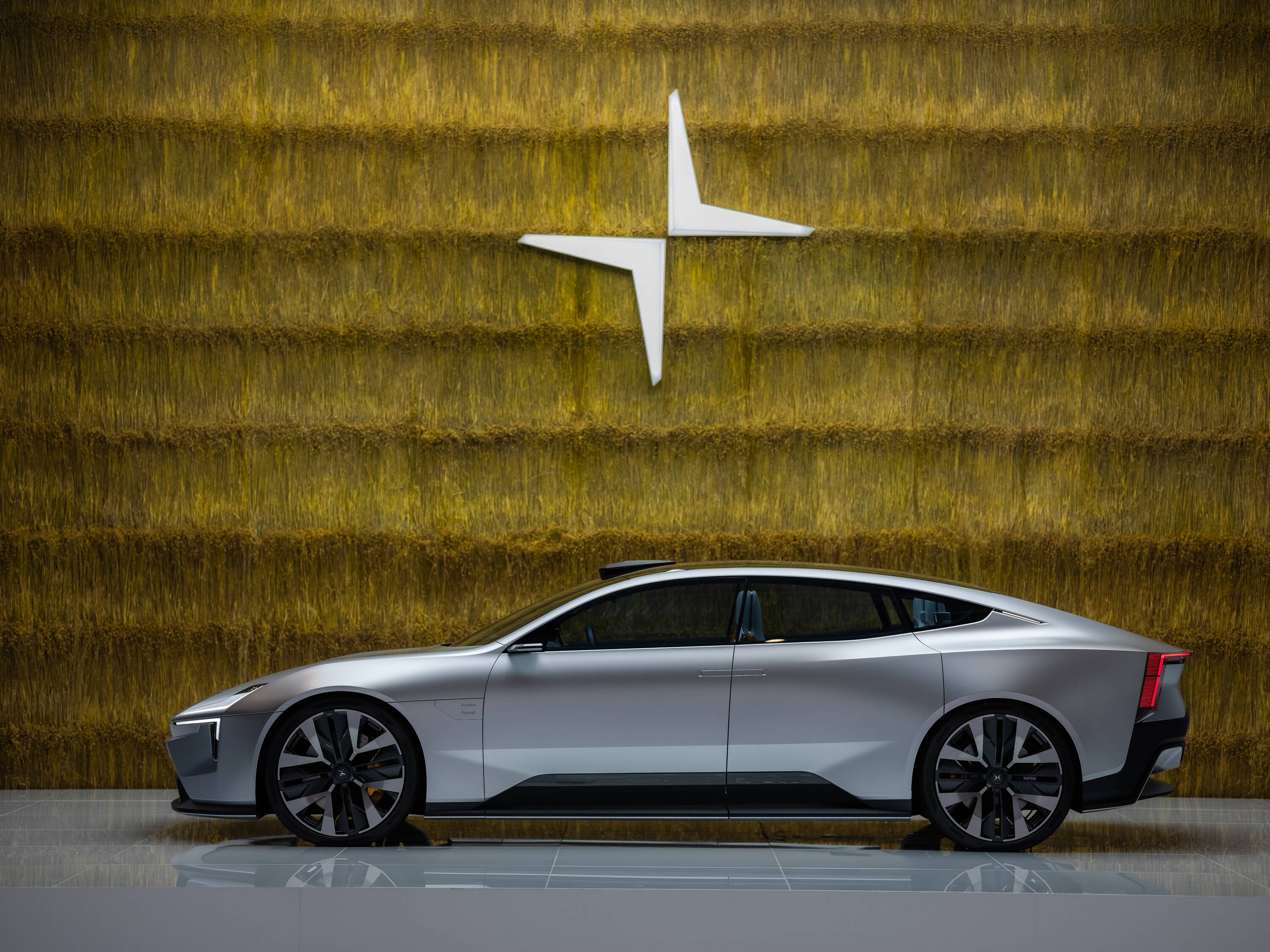 Polestar, who are owned by Zhejiang Geely Holding Group that also own Volvo and Lotus, announced in Beijing on September 26, 2020 that they will be putting their Precept electric car into production. The Precept, which was first seen earlier this year, had started out as a manifesto to illustrate the brand’s future vision. It had been described as a commitment car rather than a concept car.

The Precept will showcase the Swedish brand’s electric performance and future design direction. It will also highlight Polestar’s path for digital technology and the use of innovative sustainable materials, both inside and out.

The interior of the Precept will feature a mix of sustainable materials including recycled PET bottles, reclaimed fishing nets and recycled cork vinyl. It will also feature a flax-based composite developed by external partner Bcomp Ltd.

Product development is underway and Polestar has confirmed it will produce the Precept in China in a new production facility that will be created specifically for this car. Their aim is to make the facility carbon neutral, and one of the most intelligent and connected automotive production facilities in the world.

This climate-positive narrative was started by Polestar’s original manufacturing facility in Chengdu, Sichuan where the Polestar 1 electric car is currently produced. The Polestar Production Centre, which was launched in 2019, became the first LEED Gold-rated automotive production facility in China, and runs on 100 percent renewable energy.

“Consumers want to see change from this industry – not just dreams. Now, Precept becomes an even stronger statement. We are committed to reducing the environmental impact of our cars and our business. The aim has to be climate neutrality, even though I recognise that is a long-term goal.
“China is a home market for Polestar and we recognise the increasingly important drive for greater sustainability here. With this new factory, we will again raise the bar, aiming to produce the most advanced and premium electric car in China with the lowest carbon footprint.”